Are Chicken Nuggets Made From Feathers Heading to Store Shelves?

Some readers were a little confused, or maybe just grossed out, about a potential future food. 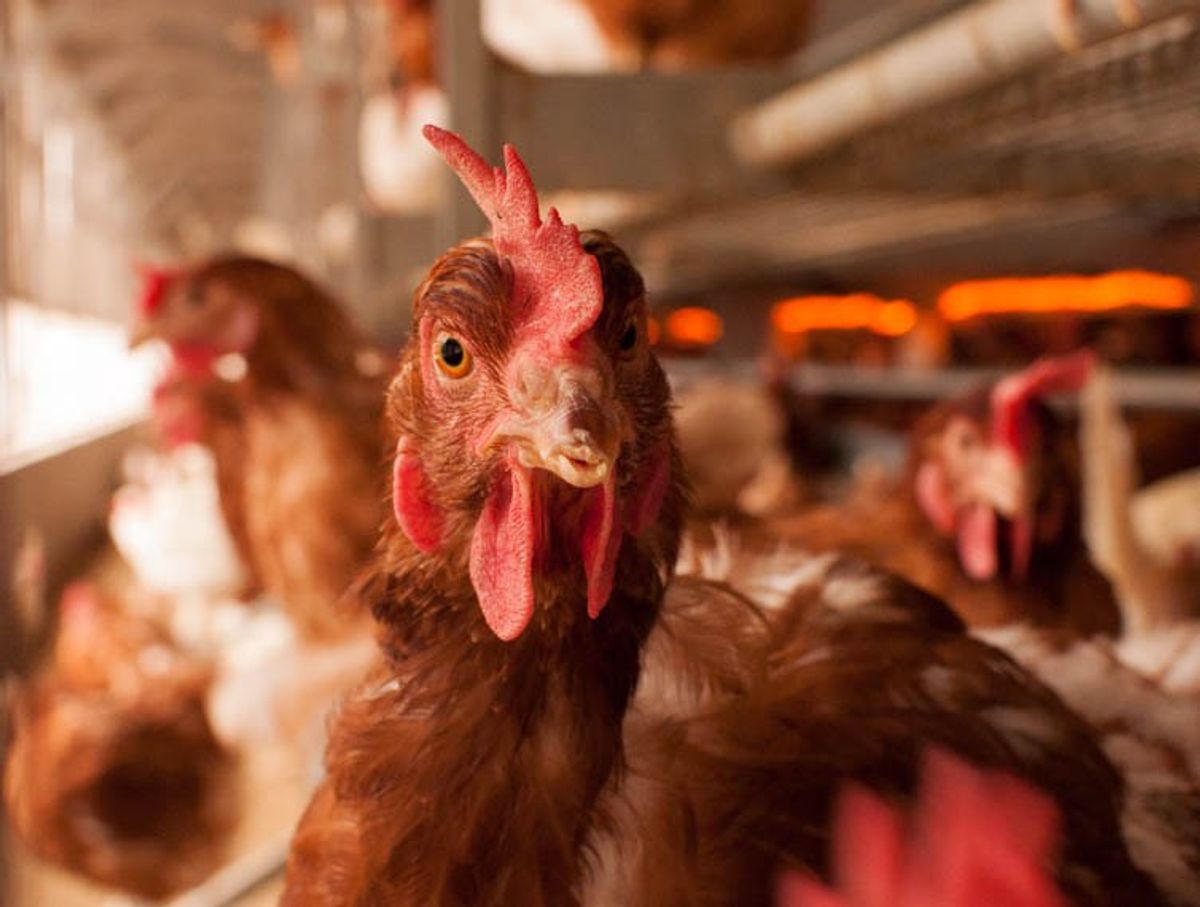 Claim:
A company is developing a lab-grown chicken nugget made from feathers.
Rating:

A number of companies are developing lab-grown meat products; cultured nuggets can be grown from cells collected from a feather.

While nuggets can be grown from cells collected from a feather, the company JUST said that its first commercially available products won't use this method.

When these lab-grown nuggets will hit store shelves.

In March 2019, we started receiving queries about "lab grown chicken nuggets made from feathers" that were expected to hit store shelves by the end of the year.  While various companies have been working on such meat for awhile, many readers apparently were confused by the meaning of "made from feathers" and were curious about when these products would be available for purchase.

In October 2018, outlets such as Food Beast reported that the food-manufacturing company Just (formerly Hampton Creek) was developing a cultured chicken nugget. This development was frequently reported under headlines using the phrase "made from feathers," which may have given some readers the wrong impression about how cultured nuggets were made. In fact, many readers seemed to have come away from these articles with more questions than answers.

To make cultured chicken, you have to first collect some cells, and that can be done through a small, harmless biopsy from a live chicken, through a cell bank or even from a feather, among other means, Noyes told Munchies. In a video Just posted last year, the company said that when it used the feather method, it chose "the single best chicken that we could find," -- a chicken with clean feathers, a healthy comb and a nice wattle. However, Just's first product won't be produced from cells collected from a feather, said Noyes.

Once cells are collected, they're loaded into a bioreactor and given nutrients and a scaffolding material on which to grow. Just says once it's ready to make a product, growing meat from cells can take anywhere from a few days up to a few weeks.

So they take cells, grow them into a chicken, and then kill the animal to make nuggets? No. One driving factor for this industry is that these cultured meat products can be created without killing an animal. While the process is a bit complicated, here's a brief explanation from Vox about how the synthetic sausage (or chicken) is made:

Lab-grown meat starts with cells — you can use stem cells, muscle cells, fat cells, myo- or fibroblasts — that you submerge in a growth medium. The medium is “a soup of nutrients that mimics what happens in the animal’s body,” explains Vitor Santo, a senior scientist with Just (formerly Hampton Creek, the company that brought you plant-based Just Mayo).

There’s one more element beyond cells and soup: scaffolding. The cells need something to grow on. If the scaffolding is going to be part of the eventual product (as it would if you’re growing a whole muscle meat like a steak or a chicken breast), then it obviously has to be edible. If the meat gets removed from the scaffold, as it would if the product was more like ground meat, then it just has to be safe.

Here's a video from Just explaining the process:

Will clean meats be available in the supermarket in 2019? Not likely. While a number of companies have successfully made synthetic meat products, and while a few brave journalists have sunk their teeth into them, we're still a ways away from having cultured nuggets in the supermarket aisle. One factor that could be slowing down their release is cost.

In January 2019, Just's cultured nugget was featured on ITV Tonight's "Food Challenge: Meat vs Vegan." In addition to explaining more about how these nuggets are made, Just CEO Joshua Tetrick said that one nugget currently costs about $100:

.@HelenSkelton becomes the first person in the UK to try this $100 chicken nugget, grown entirely in a lab from a single chicken cell. How close is it to the real thing?

Find out more in #ITVTonight’s ‘Food Challenge: Meat vs Vegan’, on @ITV at 7:30pm. pic.twitter.com/HkqBXJooxw

There are also still questions about how to regulate clean meat products. The BBC reported that adventurous American eaters may have to travel overseas to get their first taste of a cultured nugget, as the United States hasn't quite figured out how to regulate lab-grown meats:

If Just does manage to produce enough chicken nuggets to sell this year, it is unlikely to be in an American restaurant as the US government is still deciding how to proceed.

"There are a number of countries in Asia and Europe that we're talking to," Tetrick says. "There's a lack of clarity" about regulations in the US while the USDA and FDA hold public hearings, he explains.

While Just is truly developing a cultured nugget, as far as we can tell this product has yet to hit store shelves. We reached out to Just for more information on when these nuggets will be available to the public. Memphis Meats, another company developing cultivated chicken (and duck), hopes to release its own products by 2021.

In short, several companies are working on developing lab-grown meat products, but these foods aren't quite ready for wide release. Furthermore, while saying that these cultured nuggets can be "made from feathers" is technically true, this is just one method in which the required cells can be collected.