Is 'Chicama' the World's Only Legally Protected Wave?

A genuine photo? The longest wave series in the world? We had questions. 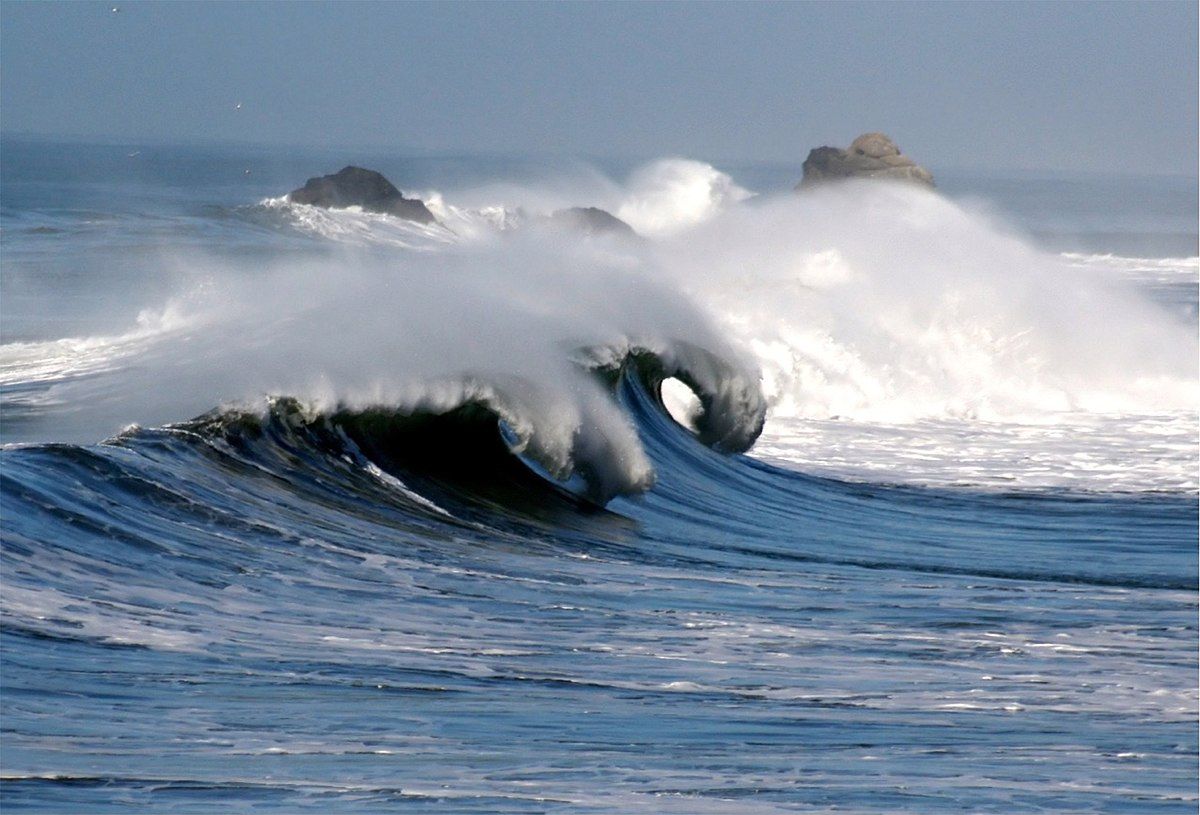 Claim:
A photograph shows "Chicama," the longest and only legally protected wave series in the world.
Rating:

A viral photograph supposedly showing the "Chicama Wave" has been digitally edited. While a famous surfing spot does exist off the coast of Chicama, Peru, which features the world's longest left-breaking wave, this is not the only wave in the world that enjoys legal protection.

In June 2022, an image showing a series of waves was circulated on social media along with the claim that the series, known as "Chicama," was the longest in the world and the only one to be protected by law. The above-displayed meme reads: "It is called Chicama, it occurs at a single point on the Peruvian coast, and it is the only wave in the world that is protected by law. Nothing can be built within a radius of two kilometers from that place, so that noting can affect its natural formation."

This image has been floating around the internet for years and is often accompanied by the claim that it shows the "longest" wave in the world.

While there is some truth to this meme (a famous and legally protected surfing spot can be found off the coast of Chicama, Peru), it also gets plenty wrong. For starters, this is a digitally edited composite image, not a genuine photograph of Chicama.

Not a Photo of Chicama

This image has been circulating online since at least 2016. While it is often shared as if it is from the famous Peruvian surfing spot, it's actually a composite created by artist Ashley Bickerton.

Bickerton told Wave Length Magazine in 2021 that he used photographs of the "Impossibles," a set of waves off the coast of Bali, Indonesia, and Photoshop in order to create the above-displayed image that he then calls "Endless Waves."

Bickerton said: "All were shots of ‘Imposibles’, a wave I know very well having owned one of the original shacks in front of the break for years. What I have learned in Photoshop is that it is most effective not to add too much of one’s own information, but to source from multiple images of the same subject, shot from the same vantage point, and with more or less consistent lighting. There are actually several versions of the image floating around out there, all at different stages of development."

While Bickerton used photographs of the Impossibles to create this image, it is almost always shared online as if it shows the waves off the coast of Chicama. However, when you look at genuine photographs of Chicama, you can see that the landscape of that location doesn't match the scene in the viral image. Most notably, the Chicama waves break next to coastal cliffs.

Flickr photographer "Jonathan" captured this image of Chicama in 2012: Is Chicama the Longest Wave In The World?

While we can't definitively answer this question, we can say that it's not much of a stretch to call the wave series off the coast of Chicama the longest in the word. One reason this location is famous among surfers is because these waves can be ridden for minutes, rather than seconds, down the coast of Peru.

In March 2020, NASA Earth Observatory published an article that stated while there was "no way to know for sure," Chicama is certainly among the longest in the world.

The waters off the Pacific coast of northern Peru routinely build what has been called the world’s longest wave. There’s no way to know for sure, but the seemingly endless waves that roll up to the fishing town of Puerto Malabrigo (Chicama) are legendary among surfers. While some famous wave breaks around the world can be ridden for seconds, the breaks at Chicama can be ridden for minutes.

The Only Legally Protected Wave?

"Ley de Rompientes," or "law of the breakers," is a law in Peru that aims to protect the country's coastal waves. In 2016, Chicama became the first surf spot to be officially registered under this law for legal protection. The BBC reported:

In 2014, the ground-breaking Ley de Rompientes, or "law of the breakers", came into effect, making Peru the first country in the world to give its waves legal protection. Under the law, the development of infrastructure, oil and gas exploration and fishing activities that could harm top-quality surf spots were restricted. More than once it has halted activity in Lobitos that risked disturbing the waves. [...]

Surf spots have proven to be highly emotive when it comes to preserving Peru's coasts. "People take it very personally, and even go physically to stand in the place to stop the machinery from removing the soil whenever these constructions have happened," says Alejandro Pizarro, director of research and communications at Lobitos-based charity EcoSwell. "It's a very tight-knit community."

But Peru's law of the breakers wasn't just based on affection for these beauty and sporting spots, but a recognition that they contribute to the surrounding area economically and environmentally. From the United States to Bali, a wave of evidence is building that suggests surfing can be surprisingly beneficial to the coastal ecosystem.

While Chicama (series) was the first wave to be granted legal protections, it wasn't the last. Dozens of other surf spots along the Peruvian coast have also been added to this list.

It should also be noted that while Chicama is considered to be the first wave to be protected by laws, other countries have taken other approaches to protecting coastal areas. Australia and the United States, for example, have both created "surfing reserves" to protect parts of their coastlines. In Mexico, the Arroyo San Miguel State Park was created in part to protect the surfing area off the coast of Baja California.