Election officials rejected the possibility that CityKey cards could cause an upswing in voter fraud. 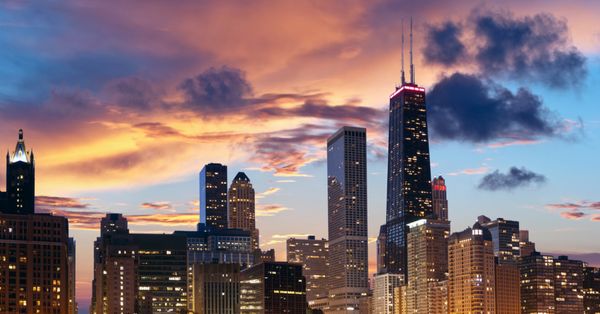 Chicago officials are preparing to launch a new identification card program that streamlines library and transit access, leading local officials to reject allegations that it will lead to illegal voting by non-U.S. citizens and undocumented immigrants.

For example, Alderman Gilbert Villegas — who heads the city council's Latino Caucus — responded to criticism of the CityKey program by rejecting the conflation of undocumented status with being of Latino descent:

Given all the rhetoric that's occurring in Washington D.C., this is just an opportunity for some communities to challenge the Latino community. So we've got to stand up and defend it.

CityKey cards are optional. A spokesperson for the City Clerk, Kate LeFurgy, told us that the cards are intended to benefit underserved communities like homeless and transgender residents and domestic violence survivors, as well as undocumented immigrants. The cards can also be used for library and transit services.

However, she said, the new cards do not automatically confer voting eligibility:

We would never want to put anyone at risk. The idea that there's all these people out there committing voter fraud, there's no data to suggest that.

Several other cities, including San Francisco, Milwaukee, and New York City, have implemented their own local programs. Neil Albrecht, chairman of the City of Milwaukee Election Commission, confirmed to us that their local card is not accepted for use as voter identification.

A spokesperson for the San Francisco Board of Elections told us that it had not faced any issues with illegal voting since its City ID Card program was launched in 2009, despite those cards being accepted as proof of voter identification. But in Chicago, some aldermen voiced concern after receiving a memo from Valencia stating that the cards would also be accepted as valid for voting identification purposes. Anthony Napolitano, who represents the city's 41st ward, said:

This was portrayed to us as a way for people to get basic services. This is exactly what we were concerned about and we raised those concerns with the clerk. I know I have colleagues who would not be on board with this.

However, Jim Allen, communications director for the Chicago Board of Elections, told us that CityKey changes nothing about existing electoral law:

Matt Dietrich, a spokesperson for the Illinois State Board of Elections, said the penalty for an illegal vote already serves as a deterrent:

The main thing that would happen is deportation. If you're not a citizen, and you have any thoughts of ever attaining citizenship, registering to vote is almost an instant trigger that when you apply for citizenship, you will be deported. That's one of the first things they check.

Several debunked and unsupported claims of widespread voter fraud that have made the rounds on a regular basis for several years appear to be informing the Chicago debate over identification cards. In any case, Villegas told us, those concerns are overblown:

In the city of Chicago in the last mayoral election, less than 50 percent of registered voters voted. You're talking about U.S. citizens and people who are eligible to vote — less than 50 percent of the voting population partook in the election. Now all of a sudden they're concerned that undocumented folks are gonna go register to vote? They have that ability now to do that.

Since CityKey cards are not yet available to the general public, there is no proof whether anyone ineligible to vote would attempt to do so. The next scheduled election in Illinois is a general primary election on 20 March 2018. In any case, voter fraud (in which individuals misrepresent who they are in order to cast more than one vote) is all but nonexistent. Electoral fraud, however — in which voters are intimidated or tricked into not voting at all, or votes themselves are rigged, mistallied, or just disregarded altogether — is a completely different story.