Chelsea Clinton Made $900,000 Working for Her Parents

Chelsea Clinton landed a lucrative job at NBC after graduating college, but her salary wasn't $900,000, and she wasn't working for her parents. 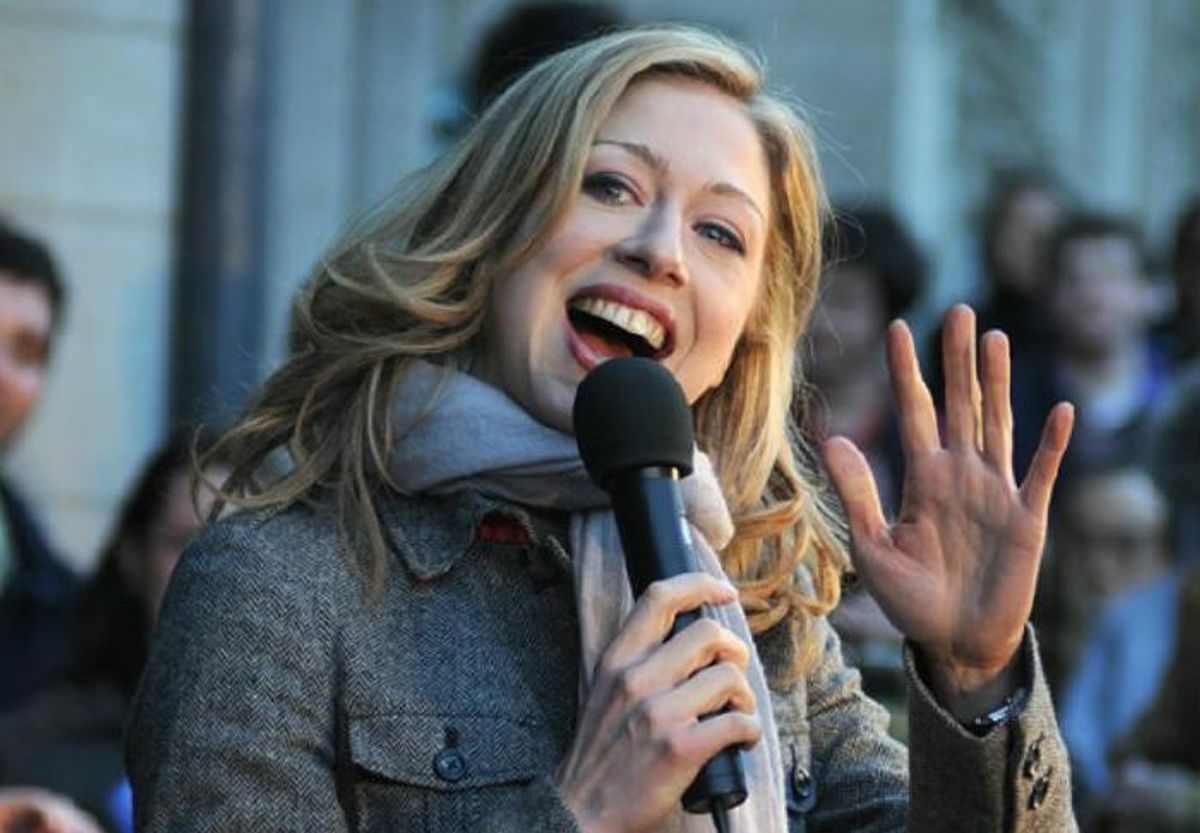 Claim:
Chelsea Clinton was paid $900,000 to work for her parents after she finished college.
Rating:

Shortly after Chelsea Clinton, the daughter of former President Bill Clinton and Democratic presidential candidate Hillary Clinton, completed her Master's degree at Columbia's Mailman School of Public Health in 2010, she landed a rather lucrative job. However, that job didn't pay her $900,000 per year, nor did it involve working for her parents, as was widely claimed online.

Chelsea Clinton was hired by NBC News as a special correspondent in 2011. She was reportedly paid $600,000 a year by the network until 2014, when she switched from an annual salary to a month-to-month contract due to the possibility of her mother's running for president:

Chelsea Clinton earned an annual salary of $600,000 at NBC News before switching to a month-to-month contract earlier this year, sources with knowledge of the agreement [said].

Clinton, who joined NBC News as a special correspondent in November 2011, was up for renewal or nonrenewal this year. Instead, the sources said, the network decided to keep her on the payroll on a month-to-month basis so the two parties could sever ties if Clinton’s mother, Hillary Clinton, runs for president.

Chelsea Clinton announced in August 2014, a month before the birth of her first child, that she would be leaving NBC to focus on philanthropic work at the Bill, Hillary & Chelsea Clinton Foundation.

NBC News likely awarded Chelsea Clinton such a hefty contract in part due to her name recognition, but she also came to the position with an impressive résumé: a B.A. in History from Stanford University, a Master of Public Health degree from Columbia's Mailman School of Public Health, and a DPhil degree in International Relations from Oxford University, in addition to job stints with the consulting firm McKinsey & Company and Avenue Capital Group.

Moreover, her position with the network did not involve "working for her parents," and her hiring was not out of the ordinary. In 2009 Jenna Bush, the daughter of former President George W. Bush, was also hired by NBC as a news correspondent on Today, and Senator John McCain's daughter, Megan McCain, has held numerous positions at MSNBC, Pivot, and Fox News.

The discrepancy between the size of Chelsea Clinton's actual contract with NBC ($600,000) and the amount commonly reported as her salary ($900,000), as well as the misperception that Chelsea was "working for her parents," likely stemmed from conflation involving Clinton's pay for her other positions as Vice Chair of the “Bill, Hillary and Chelsea Clinton Foundation ($0) and as a board member of IAC/Interactive Corp ($300,000):

In addition to her gig at NBC, Chelsea also serves Vice Chair of the recently renamed “Bill, Hillary and Chelsea Clinton Foundation,” where she was “a major force in steering her parents’ charitable work” in the final years of her mother’s time at the State Department.

Chelsea also benefits from a job as a board member for Barry Diller’s IAC/InteractiveCorp. Salary for Chelsea: $300,000. The board position also pays an annual retainer of $50,000 and a $250,000 grant of restricted stock.

Although Chelsea Clinton's connections may have helped her land a role at IAC, her parents do not make the hiring decisions for that Internet media holding company:

Paul Lapides, head of the Corporate Governance Center at Kennesaw State University in Georgia, says those connections may have helped her. "There's no question that she knows a lot of people," he said.

"Ms. Clinton is a keenly intelligent, insightful and inspirational young woman with experience in consulting and public policy," a spokeswoman for IAC said.