A Kenyan TV station apologized for an embarrassing flub that occurred during a news report on the death of Queen Elizabeth II. 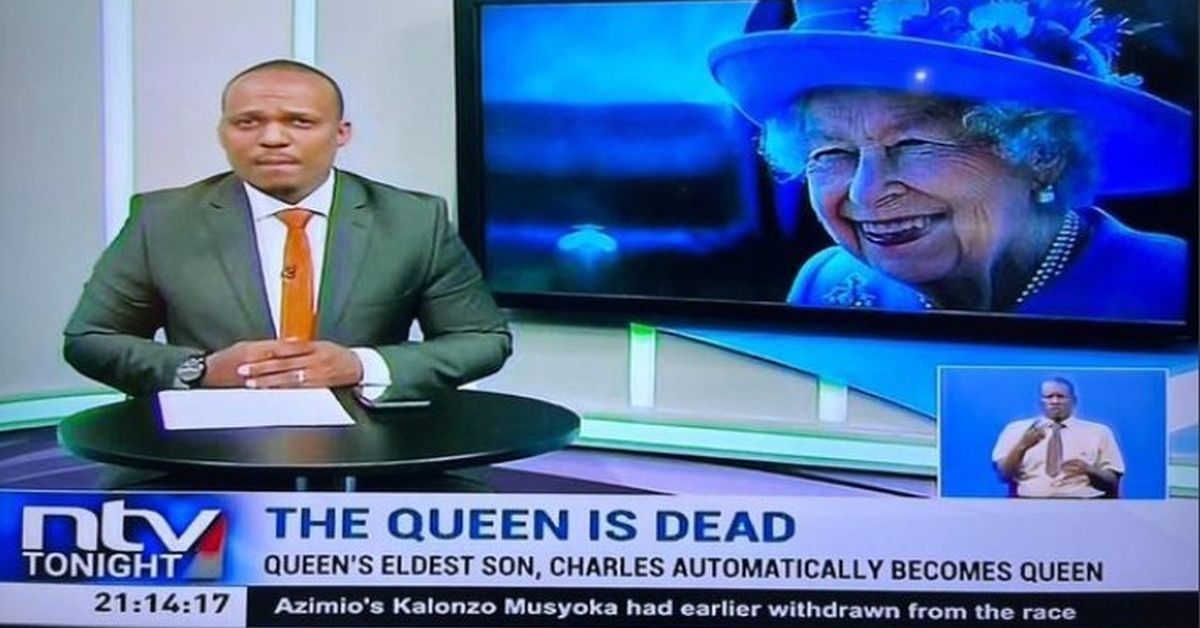 Amid the fairly predictable, worldwide news coverage of the death of Queen Elizabeth II in September 2022, a report on the Kenyan television channel NTV stood out as distinctive, though not for the right reasons.

As a flurry of social media posts, many accompanied by screenshots, pointed out, the chyron text displayed beneath the news presenter said, "Queen's eldest son, Charles automatically becomes queen."

The screenshots -- and the flub -- were real. The online news portal GhanaWeb reported the following day that NTV had apologized for the incident: "A screenshot of the gaffe has since gone viral across Africa with people making mockery of it. The apology was posted across their official social media handles on September 9."

The text of the apology read:

Re: KING CHARLES III
On Thursday night while covering the breaking news story of the passing away of Her Majesty Queen Elizabeth II, we inadvertently wrote 'Queen' instead of 'King', in reference to the Prince of Wales, now King Charles III.
We apologise for this error.
9 September, 2022.

Neither the royal family nor the British government has commented on the incident, or indeed indicated they were even aware of it.