Is the 'Chad Cop' Photo Real?

We reached out to Johnny Bravo for comment but have yet to receive a response. 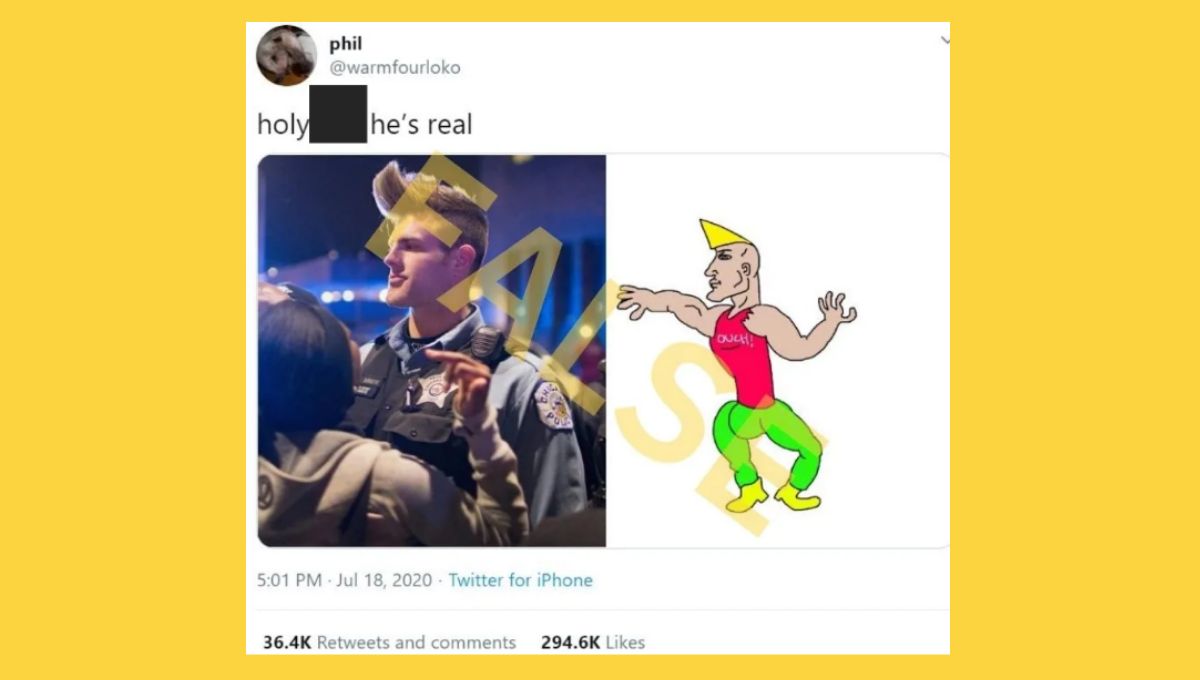 In July 2020, a photograph supposedly showing a police officer resembling the "Chad" internet meme started to circulate on social media. The image on the right is a depiction of "Chad," a popular meme that generally refers to an "alpha bro" in a derogatory manner. The image on the left is a digitally manipulated image.

The "Chad Cop" image was created from a 2016 photograph taken of an officer in Chicago after a teenager named Pierre Loury was shot and killed by police. The original photograph was taken by Scott Olsen on April 12, 2016, and is available via Getty Images with the following caption:

Demonstrators protesting the shooting death of 16-year-old Pierre Loury confront police during a march on April 12, 2016 in Chicago, Illinois. Police have said Loury took off running when the vehicle he was in was pulled over by police because it matched the description of a vehicle used in an earlier drive-by shooting. The chase, according to police, ended with an "armed confrontation". (Photo by Scott Olson/Getty Images)

Here's a comparison of the fake "Chad cop" image (left) and the original photograph (right):