The prototype for a gun that looks like a smartphone is real, but it isn't something designed by criminals to fool police. 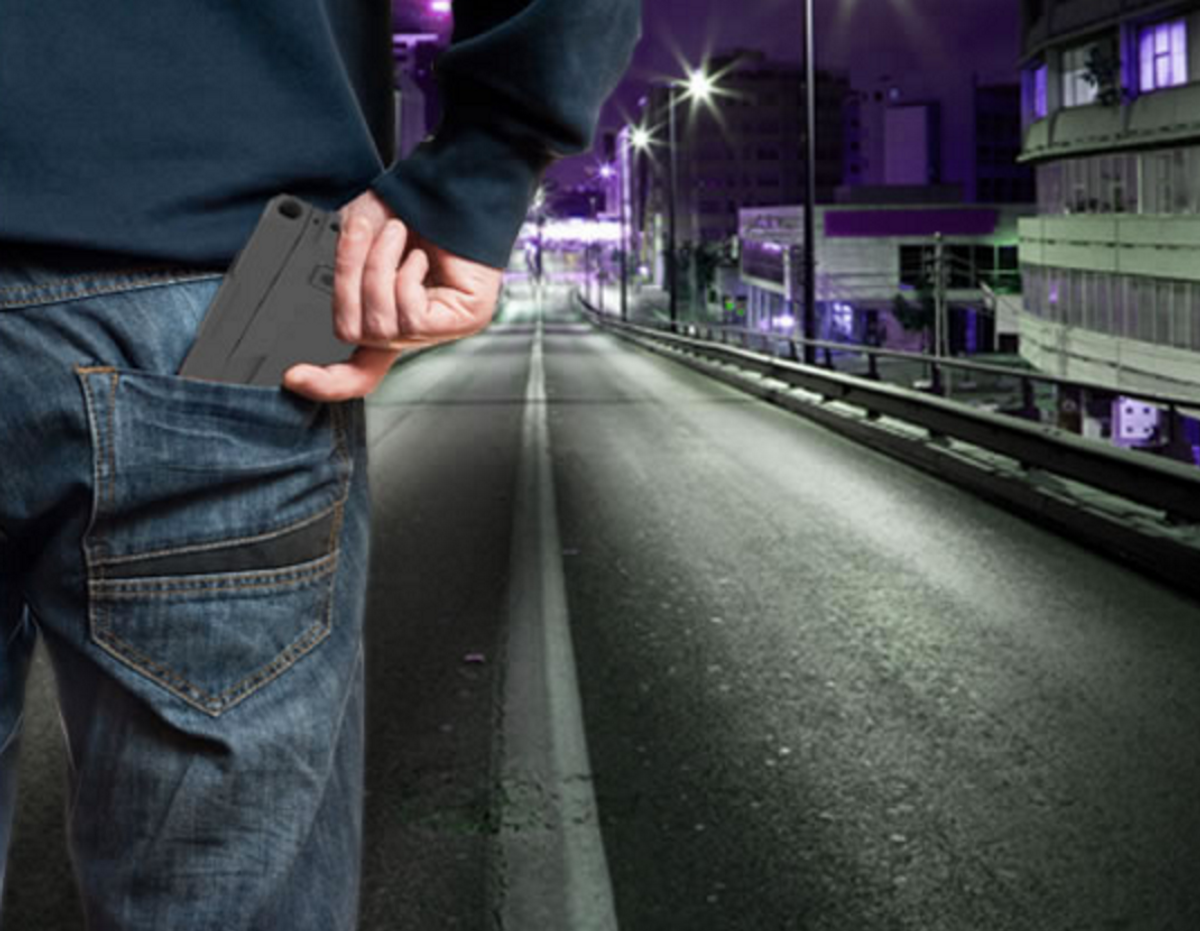 A company created a prototype for a cell phone-like gun designed for licensed gun owners who wish to carry weapons discreetly.

On 26 February 2016, Facebook user Karl de la Guerra published an "Officer Warning" post alongside several pictures showing a gun disguised as a cell phone which was presented a threat to police: The photographs were shared tens of thousands of times, often as a warning to officers to remain vigilant, but the pictured item was neither illegal nor widely available at the time. According to the Facebook page "IDEAL Conceal — Patent Pending," the depicted weapon was marketed to licensed gun owners as a discreet method of carrying:

[We i]nvented a new style of self-defense. Looks like a cellphone when folded up, but push the saftey and you are ready to defend yourself.

On 22 February 2016, the page posted an image indicating that the manufacturer advocated the guns to protect (not harm) police officers:

Subsequent comments indicated that the concept was marketed at gun enthusiasts, not criminals:

What you're seeing is a 3D model. Production will begin mid-summer. Planning to show first proto-type in May at the NRA show in Loiseville!! STAY TUNED!

Specializing in concealed weaponry, we aim to deliver a high quality handgun that can be deployed very quickly for the defense of you or your family.

The idea for Ideal Conceal follows the present-day demand for handguns that people can carry on a day to day basis, in a manner that makes carrying a gun easy to do. From soccer moms to professionals of every type, this gun allows you the option of not being a victim.

Our mission is to promote security and public safety by designing and manufacturing innovative and unparalleled products engineered to protect ... The unrivaled Ideal Conceal pistol is a carefully engineered double barreled derringer. Cunningly designed to look like a smartphone when folded up, one click of the safety and you’re ready to go. This product is a defensive weapon designed with the utmost safety in mind.

On 28 February 2016, de la Guerra posted an updated about his original claim (but didn't delete the first one):

Friday morning I posted some information I found in a foreign publication regarding a .380 double barrel pistol designed to appear like a cell phone. As those of you who have followed me on FB for a while know, I regularly post information on dangerous items that can potentially cause harm to those in public safety. This is merely an extension of my work as a protective services instructor.

Since I posted that last piece of information, the FB friend requests I have received has rapidly increased. And since I know none of these people, I can only assume that they took an interest in my post. In some cases it appears that interest is of a negative context.

To further clarify my position, I have taken the liberty of posting a FB message I received this morning (no names mentioned) and my associated response.

Friday morning I posted some information I found in a foreign publication regarding a .380 double barrel pistol designed...

The rumor strongly resembled earlier warnings about purported Super Soaker modifications as "new gang trends," or a claim that gang members were removing lug nuts from officers' vehicles. All instances seemed to involve warnings rooted in things folks imagined criminals might be doing, rather than information about things that criminals actually were doing.

IDEAL Conceal told us that the device was designed for officers (and others) to carry guns discreetly and legally, and that the manufacturers are strong supporters of law enforcement:

Thanks so much for taking the time to contact us.

We totally support law enforcement. Further, we would never promote or make a product for ambushing anyone, let alone police.

In fact we have received MANY requests from Law Enforcement to purchase this weapon for undercover and off duty officers.

This gun is for people who need or want to carry to protect themselves. Also, this pistol cannot be fired from the closed position as people assume. This is just an everyday type of conceal carry handgun.

Thanks again for contacting us. Hopefully you can help correct this dreadful rumor.

The gun's makers expressed support for both police and the National Rifle Association, and the stealth gun didn't appear to be in any way a covert criminal effort to get the jump on cops. Also, people reaching for actual phones and wallets have been shot by officers in the past, making the premise that carrying a phone-shaped gun in your pocket was an effective way to target police officers extremely shaky.

However, cell phone guns were not unheard of before this.  In the past fifteen years, various warnings have been sounded about guns disguised as phones (and other everyday objects) but this is the first time that they appear to have been marketed to mainstream gun enthusiasts in the United States.