More than a decade later, people are still talking about that dress. 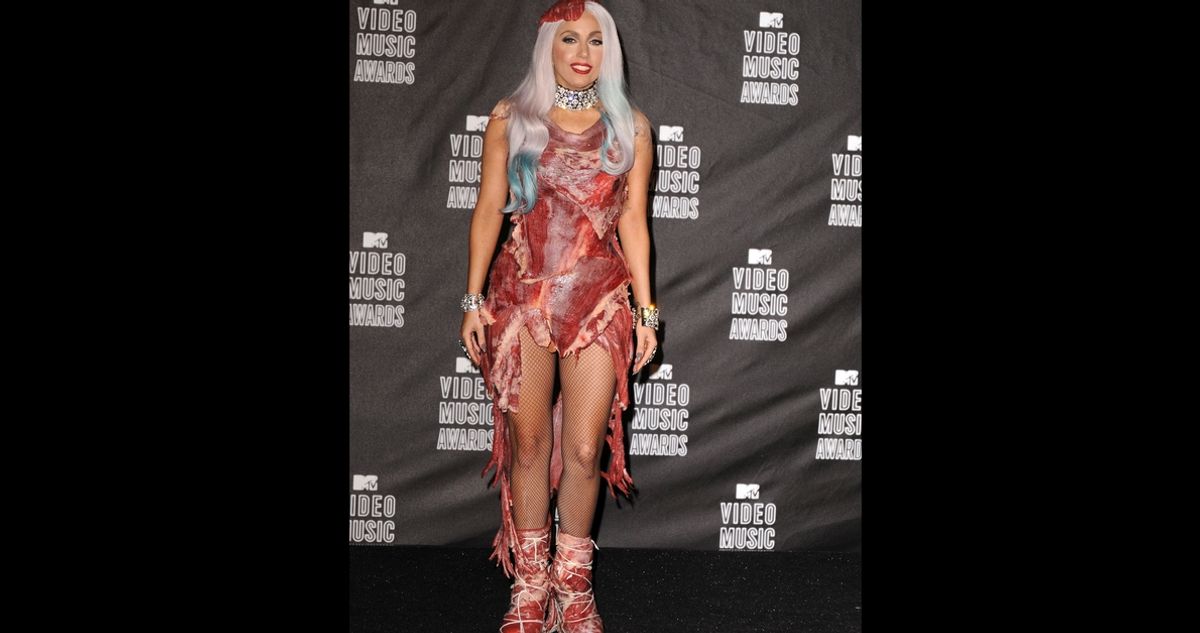 Claim:
A photograph shows music stars' reactions to seeing Lady Gaga in her now-iconic dress made from meat at the 2010 MTV Video Music Awards.
Rating:

In late August, social media users shared an old photograph of celebrities, some of whom are making interesting facial expressions — most notably, perhaps, pop singer Kesha (the blonde seated in the center foreground): As the text accompanying the above photo indicates, the photograph has been floating around online for years. The Reddit post in which the above picture was found from was posted in 2019. The picture probably became popular online again in late August 2022 because the MTV Video Music Awards (VMAs) were televised on Aug. 28.

The photograph above, which is notable because the celebrities, besides making funny faces, are packed together in folding chairs.

We have been unable to locate the original image source, but we can say for certain that the picture above was taken during, or at least on the day of, the 2010 VMAs, as stated in the Reddit post. Pop singer Rihanna, left in the crimson wig, wore that hairstyle at that event. Kesha also wore that black dress and makeup under her eye to the event that year. Same with singer Katy Perry.

Although it's true that Lady Gaga wore the now-famous meat dress to the awards show that year, we don't know whether this picture actually shows other pop stars reacting to that ensemble, or to something else.

As outlandish and memorable as the meat dress was, Lady Gaga explained that she wore it to make a political statement, not purely to make an impact. She told British Vogue that the dress wasn't made of any old meat. It was made of prime rib and "plain steak." It was inspired by a speech she had given at a prior event titled "The Prime Rib of America," which urged the U.S. government to do away with a policy then in existence called "Don't Ask, Don't Tell," which effectively prohibited gay people from serving in the military.

The name of the speech referred, she told Vogue, to the fact that if you exclude some people from serving in the military, you are excluding "the greatest cut of meat my country has to offer." She was escorted to the awards show by military veterans who had either resigned in protest or were discharged because of the policy. which was repealed by former U.S. President Barack Obama in 2011.

If Gaga was looking to make an impact, she succeeded. The dress is still talked about 12 years later, although with Don't Ask, Don't Tell a thing of the past, its original context might be lost on some. For example, singer Billie Eilish (who, in all fairness, was a child in 2010), said "yikes" when the topic of the dress was brought up. Eilish is a vegan.

We have rated this fact check "Research in Progress" for now, because we're still trying to track down the origin of the photograph. We will update as soon as we learn more.