British train engineers supposedly received help from the FAA about the proper use of a chicken launcher. 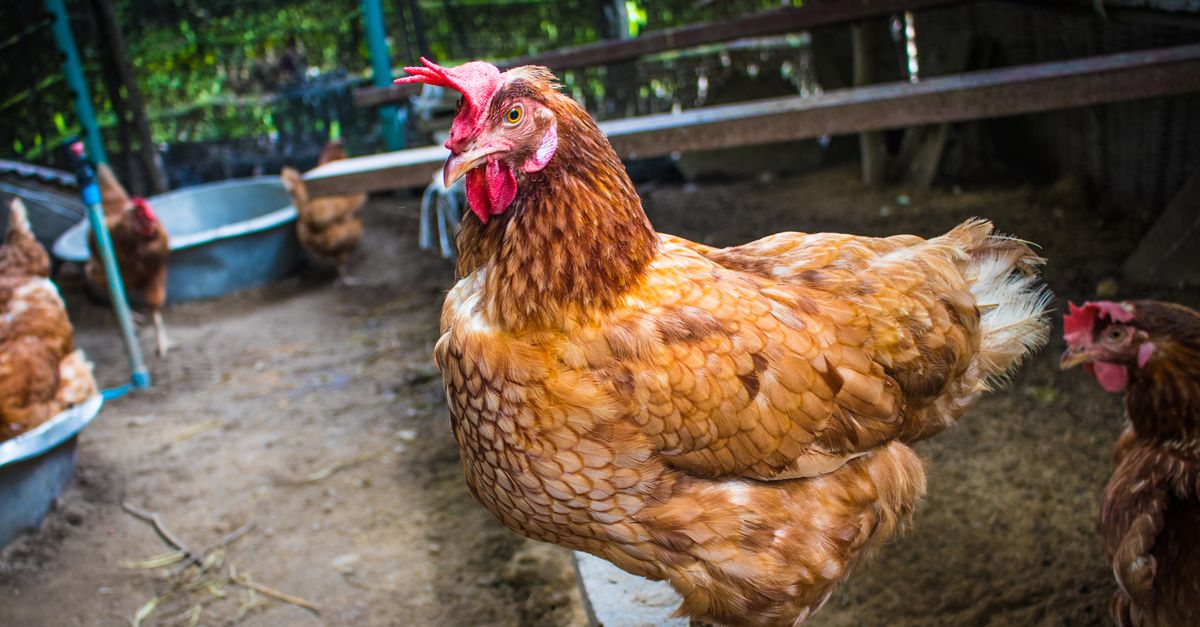 Claim:
The U.S. Federal Aviation Administration offered the British an obvious piece of advice after being asked to investigate a train-testing mishap.
Rating:

The "chicken cannon" legend has reached us in several different forms over the years, as demonstrated by the following examples:

In an issue of Meat & Poultry magazine, editors quoted from "Feathers," the publication of the California Poultry Industry Federation, telling the following story:

The US Federal Aviation Administration has a unique device for testing the strength of windshields on airplanes. The device is a gun that launches a dead chicken at a plane's windshield at approximately the speed the plane flies.

The theory is that if the windshield doesn't crack from the carcass impact, it'll survive a real collision with a bird during flight.

It seems the British were very interested in this and wanted to test a windshield on a brand new, speedy locomotive they're developing.

They borrowed FAA's chicken launcher, loaded the chicken and fired.

The ballistic chicken shattered the windshield, broke the engineer's chair and embedded itself in the back wall of the engine's cab. The British were stunned and asked the FAA to recheck the test to see if everything was done correctly.

The FAA reviewed the test thoroughly and had one recommendation:

"Use a thawed chicken."

Presumably you know that aerospace companies often fire chickens at test aircraft canopies to see how they would stand up to flying through a flock of birds during takeoff? This is true of British Aerospace also, however one time it went wrong.

Just before lunch, the engineers set up the chicken-cannon, loaded a frozen chicken into it, and left for the canteen. The chicken would be just about defrosted by the time they got back to do the test. When they came back, they got behind the protective wall, started the high-speed cameras (to play back in detail what happens), and fired the chicken at the canopy. Normally, it should just bounce off, or make a nasty dent. This time, the canopy was destroyed. Bits everywhere. Having checked the cannon, and looked through the (expensive) wreckage, they decided to view the film, to see if it would provide any clues. It did. During lunch, a cat had climbed into the cannon, lured by the smell of fresh chicken, became part of the test.

There is at least one minor shred of truth in the chicken cannon tale: the story did run in the November 1995 issue of Feathers, the California Poultry Industry Federation's (CPIF) newsletter. That doesn't mean the CPIF vetted it, though. They had picked it up — the same way everyone else had — from a friend of a friend. Further adding to the confusion over the validity of this tale, army Lt. Gen. Wes Clark claimed the story was real on a number of occasions and was fond of using the anecdote in speeches.

Much as we hate to disagree with anyone with an army behind him, we just have to. The basic story (frozen bird fired by nincompoops) has been around for years, with the details always in flux. One researcher spotted a 1990 version, except in it those foolish British train engineers were said to be American jet engine designers, so the frozen chicken was fired not at a train window but at a jet engine. A 1988 book about Australian urban legends contained our chicken cannon tale, and in that version, once again American engineers testing a jet engine mistakenly fired a frozen chicken at it with disastrous results. That 1988 sighting of our legend described it as "an old legend of uncertain origin" which "re-emerged briefly in Australia after the space shuttle disaster of January 1986."

The chicken gun (also known as the chicken cannon, turkey gun, or rooster booster) has been around since 1972. It's used for the "chicken ingestion test," one of a series of stress tests required by the Federal Aviation Administration before a new jet engine design can be certified. The tests take place in a concrete building large enough to enclose an entire jet engine. With the engine operating at full speed, the cannon uses compressed air to shoot chicken carcasses into the turbine at 180 mph. (The Air Force is known to launch its poultry projectiles at 400 mph into F-16 canopies.)

Bird strikes can cause extensive damage to aircraft and serious injuries to their crews. At worst, they can be deadly confrontations. The Air Force estimates that planes hit about 3,000 birds every year, causing damages of $50 million and sometimes loss of human life. In a bird-strike accident in September 1995, 24 AWACS crew members were killed after takeoff from Elmendorf Air Force Base, Alaska.

Some engineers prefer to go for realism in these tests and thus buy still-feathered firing fowl from game farms. (Er, at this point I should mention the birds are dead when cannonized.) Others, however, buy their catapulting poultry at the supermarket. Those who favor using thawed birds keep the carcasses frozen until just before test time, when a session in the microwave restores the avian missiles to a more natural condition. Not everyone fires thawed birds: before switching to fake birds, the U.S. Air Force traditionally launched frozen ones. (Sensitive to the concerns of animal-rights activists, they now fling birds made of clay and plastic at canopies and engines.) The way the Air Force had it figured, if a canopy could survive an impact with a frozen bird, it would certainly live through a chance introduction to one that could still fly under its own power. They further believed cold chickens provided a better simulation of a bird that had tensed to prepare for the impact.

That at least one high profile group of chicken flingers has used frozen poultry in its cannonizations puts this legend's punch line — and thus the legend itself — into the realm of lore, not that of reality. Clearly, it's not all that intuitive to use thawed poultry in these tests. Just as clearly, firing a frosted pullet bullet at something to be impact-tested isn't all that unreasonable an action to take.

The legend's appeal lies in its aura of smug superiority that "we" are smarter than "them." We, says the legend, would have known to use thawed birds. Moreover, when the other country screwed up, its engineers couldn't figure out the error on their own. We thus earned even more of a mental pat on the back in that it was our engineers who had to explain the "obvious" to these brainless foreigners.

Looker, Mark.   "A Tale of the Frozen Chicken and the Internet."     Feathers Newsletter.   October 1996   (Communications Corner).