Alarmist warnings about beaver-derived castoreum are overblown: its use is now exceedingly rare, and the typical consumer is unlikely to ever encounter castoreum in food. 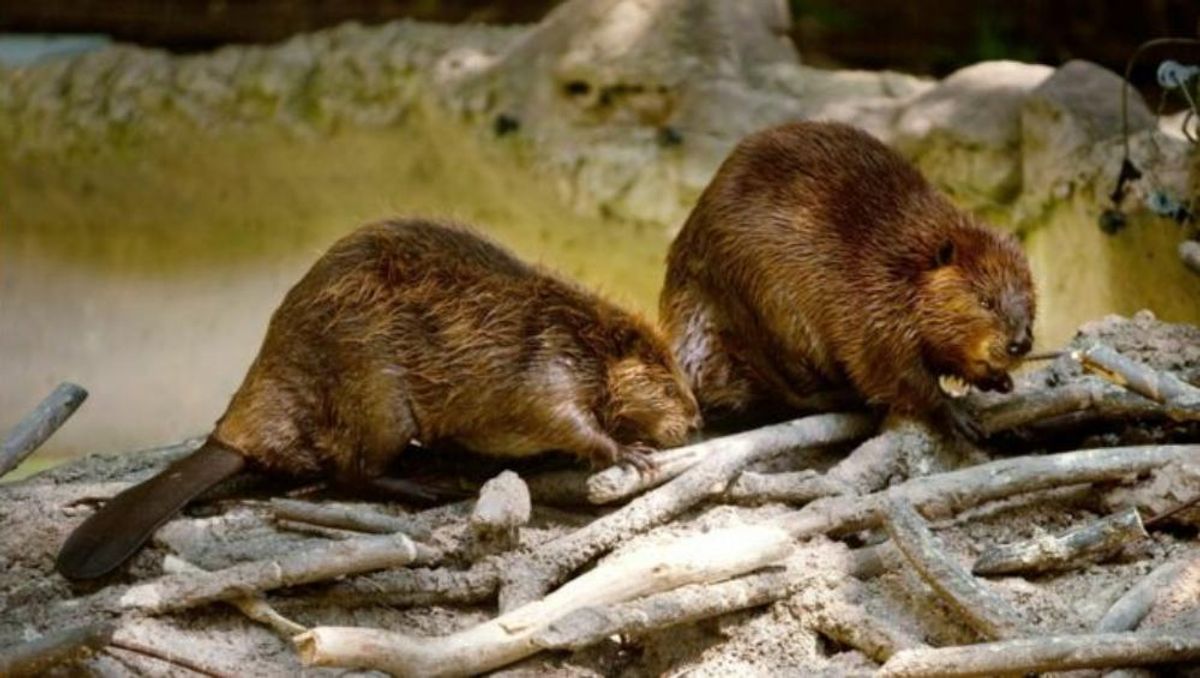 Claim:
Castoreum, a secretion produced by beavers, is commonly used as a food additive.
Rating:

Castoreum (or castor, not to be confused with the oil of a castor bean) is a yellowish-brown, unctuous substance with a strong, penetrating odor which beavers secrete from castor sacs located in skin cavities between the pelvis and the base of the tail and spray when scent-marking their territory. (The location of the beaver's castor sacs means that castoreum also often includes a mixture of anal gland secretions and urine as well.) Due to the beaver's typical diet of leaves and bark, castoreum doesn't "stink" as other similar animal secretions do, but rather has a musky, vanilla scent described at the perfume site Fragrantica as a "sharp spreading tar-like note that reminds one of the odor of birch tar or Russian leather" that when diluted in alcohol picks up "more pleasant, musky and fruity nuances."

Because of its scent properties castoreum has long been employed in the perfume-making industry, and processed forms of castoreum have also been used as food additives, in the latter case primarily as enhancers of vanilla, strawberry and raspberry flavorings found in products such as iced tea, ice cream, gelatin, candy, fruit-flavored drinks, and yogurt.

However, the publicity afforded castoreum in recent years via alarmist food activists and "Where does vanilla flavouring come from? and "Did you know?" social media posts is vastly overblown:

Another reason we may want to forgo artificial 'foods' ... Have you ever wondered where artificial raspberry, vanilla or strawberry flavor comes from? These are the dried perineal glands of the beaver. They contain castoreum — a food additive usually listed as 'natural flavoring' in the ingredient list. Castoreum is the exudate from the castor sacs of the mature North American Beaver, it is a yellowish secretion in combination with the beaver's urine, used during scent marking of territory. In the USA, castoreum as a food additive is considered by the FDA to be generally recognized as safe, often referenced simply as a "natural flavoring" in products' lists of ingredients.

The use of castoreum in common food products today is exceedingly rare, in large part because collecting the substance is difficult (and therefore expensive):

Getting a beaver to produce castoreum for purposes of food processing is tough. Foodies bent on acquiring some of the sticky stuff have to anesthetize the animal and then "milk" its nether regions.

Due to such unpleasantness for both parties, castoreum consumption is rather small.

According to Fernelli's Handbook of Flavor Ingredients, total annual national consumption of castoreum, castoreum extract, and castoreum liquid combined is only about 292 pounds, which works out to an average of less than a millionth of a pound per person in the U.S. Compare that figure with the approximately 20 million pounds of vanilla naturally harvested from real vanilla beans every year. Depending upon as scarce a substance as castoreum to flavor the ice cream and candy found on store shelves would create nationwide shortages of those items and drive up their prices beyond the reach of all but the wealthiest consumers.

In 2011, the Vegetarian Resource Group (VRG) queried five companies that produce vanilla flavorings about whether they used any castoreum in their products, and all five replied that they did not:

All five unanimously stated that castoreum is not used today in any form of vanilla sold for human food use.

One company, in business for ninety years, informed The VRG that they have never used castoreum in their products. "At one time," we were told by a senior level employee at this company, "to the best of my knowledge, it was used to make fragrance and still may be."

A major ingredients supplier told us this about some of their vanilla flavorings: "[Castoreum] is not a common raw material that is used and we don't use it, so I can safely say that our natural vanilla flavors do not contain any animal juices. All vanilla extracts are free of it, too, wherever you go."

Castoreum as a food additive is classified by the Food and Drug Administration as "generally recognized as safe" (GRAS), and therefore food manufacturers don't always have to include castoreum in their ingredients lists and may instead refer to it as "natural flavoring." However yucky that may seem, according to a 2007 safety assessment published the International Journal of Toxicology, consumption of castoreum poses no health risk to humans:

Castoreum does still have a significant market even today, but almost exclusively for the use of the perfume industry, not the food industry.