Is This a Carp with a Human Face?

With fishes — and with humans — looks can be deceiving. 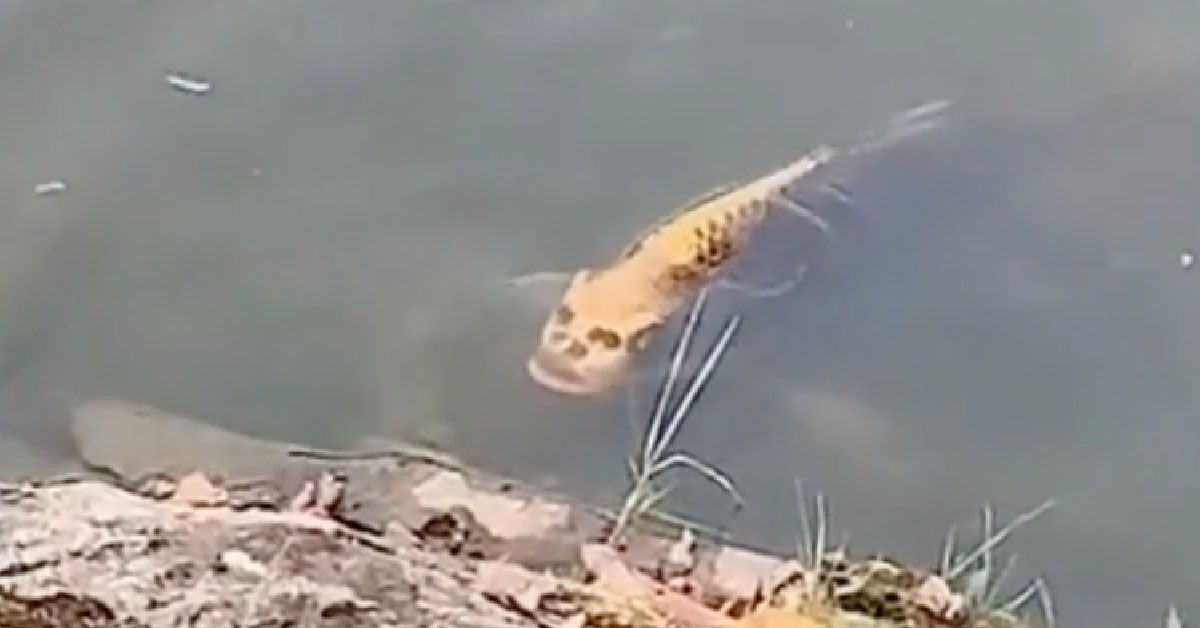 Claim:
A video shows a carp with a human-like face.
Rating:

In November 2019, a short video purportedly showing a carp with a human-like face went viral on social media:

a carp fish with a "human face" from r/WTF

We have been unable to find enough information about this specific video to reach a conclusion on its authenticity. However, what we did find suggests the video is real and has not been digitally manipulated. The "human face" some viewers see, however, appears to simply be markings on the fish that look like a human face when viewed at a certain angle.

The video was likely filmed somewhere in China. It appears to have first started circulating on Douyin, the Chinese version of the mobile app TikTok, and was also spread on the Chinese social network Weibo. We can't access the Douyin version, and the Weibo copy we found can't be embedded in this article. But the Facebook page Newsflare posted a copy of the video containing the original audio, and it sounds like the people in the background are speaking Chinese:

We have been unable to locate the original source of this footage. However, Ifeng News reported in April 2019 that a fish with a human face (possibly the same fish) was spotted in a pond outside of a local temple in Tsuruoka City, Yamagata Prefecture, Japan.

Ifeng News captured some close-up photographs of that fish. While the "human face" is still visible, these pictures make it apparent that this creature really has a fish-shaped head that only resembles a "human face" due to its unusual markings:

In 2010, a similar set of images of a "fish with a human face" went viral. In that case, a side view of the fish was obtained by the Daily Mail, showing how this "human face" was only really visible when looking at the fish from a certain angle:

As we have been unable to find any definitive information about the viral video showing a carp with a human face that went viral in November 2019, we've set the status of this article to "Unproven." Based on what we've found about similar sightings, however, it seems likely that this is a genuine video of a fish with markings on its head that resemble a "human face" when viewed from a certain angle.

At the very least, this video is certainly more convincing than this digitally created hoax of a fish with a human face that we covered earlier this year.