Lee Marvin and Bob 'Captain Kangaroo' Keeshan were both in the military during World War II, but they didn't fight together at Iwo Jima or any other engagement. 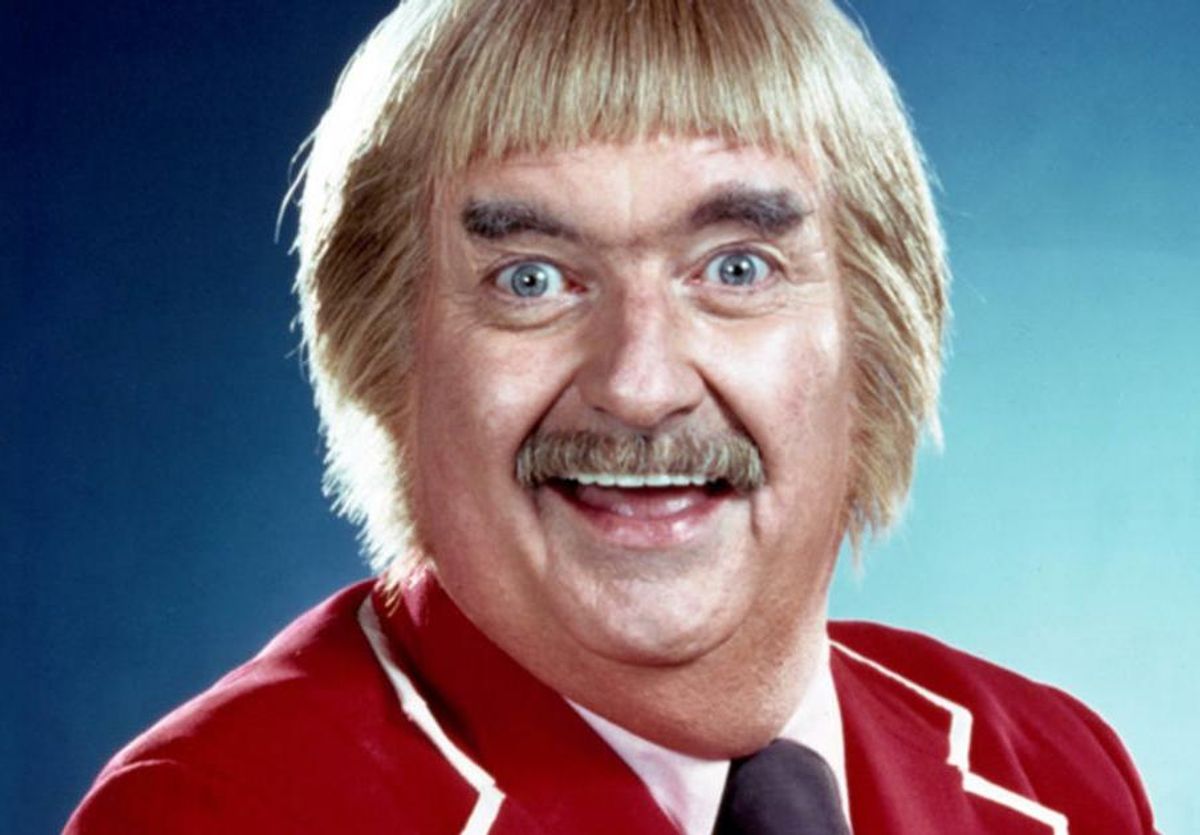 Actor Lee Marvin fought in the Pacific theater during received a Purple Heart, and is buried in Arlington National Cemetery.

Neither Lee Marvin nor Bob Keeshan fought in the battle for Iwo Jima, nor did they both take part in any World War II action.

A bit of purported dialog purportedly taken from a Tonight Show appearance by actor Lee Marvin with host Johnny Carson holds that Marvin and Bob Keeshan, the latter to become famous as long-time children's television host Captain Kangaroo, were World War II veterans who fought together at the battle for Iwo Jima in the Pacific theater. That account does have some elements of truth to it, but although actor Lee Marvin was a guest on that late-night talk show at least seven times during Carson's tenure as host, most of what is included in that account is outright fiction or a transcript based on someone's badly flawed memory:

Dialog from a Tonight Show ... Johnny Carson ... His guest was Lee Marvin.

Johnny said ... "Lee, I'll bet a lot of people are unaware that you were a Marine in the initial landing at Iwo Jima ... and that during the course of that action you earned the Navy Cross and were severely wounded."

And you know how Lee was ... "Yeah, yeah ... I got shot square in the ass and they gave me the Cross for securing a hot spot about halfway up Suribachi. Bad thing about getting shot up on a mountain is guys gettin' shot hauling you down. But Johnny at Iwo I served under the bravest man I ever knew ... We both got the Cross the same day but what he did for his Cross made mine look cheap in comparison. The dumb bastard actually stood up on Red Beach and directed his troops to move forward and get the hell off the beach. That Sgt. and I have been life long friends ... When they brought me off Suribachi we passed the Sgt. and he lit a smoke and passed it to me lying on my belly on the litter ... "Where'd they get you Lee?".... "Well Bob ... if you make it home before me, tell Mom to sell the outhouse."

"Johnny, I'm not lying ... Sgt. Keeshan was the bravest man I ever Knew — Bob Keeshan ... You and the world know him as Captain Kangaroo."

Many people have always been a bit offended that Lee Marvin is buried in a grove of 3 and 4 star generals at Arlington. His marker gives his name, rank (PVT) and service (USMC). Nothing else.

I thought to myself, damn here's a guy who was only a famous movie star who served his time, why the heck does he rate burial with these guys? Well, following is the amazing answer:

I always liked Lee Marvin, but did not know the extent of his Corps experiences. Including award of the Navy Cross. There is only one higher award...the Medal Of Honor.

Lee Marvin did enlist in the U.S. Marines, saw action as Private First Class in the Pacific during World War II, and was wounded (in the buttocks) by fire which severed his sciatic nerve. However, his injury occurred during the battle for Saipan in June 1944, not the battle for Iwo Jima, which took place several months later, in February 1945. Marvin also received a Purple Heart and was indeed interred at Arlington National Cemetery (but he was not, as some versions of this piece claim, awarded a Navy Cross). Bob Keeshan, later famous as television's "Captain Kangaroo," also enlisted in the U.S. Marines, but he did so too late to see any action during World War II. Keeshan was born on 27 June 1927 and enlisted two weeks before his 18th birthday, several months after the fighting at Iwo Jima. In a 1997 interview, Keeshan explained that he "enlisted in the U.S. Marines but saw no combat" because he signed up "just before we dropped the atom bomb."

Military officials have also disclaimed the exaggerated accounts presented in the Internet-circulated versions of the two actors' military exploits:

Jack Green, the public-affairs officer with the Naval Historical Center in Washington, frequently gets calls about Fighting Captain Kangaroo.

"I have to tell them it's a nice story, but it didn't happen," said Green, who served as a historical adviser for the movie Pearl Harbor.

He doubts that Marvin, who also never was on Iwo Jima, perpetrated such a fantasy.

"Lots of legends pop up and who knows where they come from," Green said.

In 2003 someone thought to throw children's television host Fred Rogers into the mix by add the following bit to the existing e-mail about Lee Marvin and Bob Keeshan:

On another note, there was this wimpy little man (who just passed away) on PBS, gentle and quiet. Mr. Rogers is another of those you would least suspect of being anything but what he now portrays to our youth. But Mr. Rogers was a U.S. Navy Seal, combat proven in Vietnam with over twenty-five confirmed kills to his name. He wore a long sleeve sweater to cover the many tattoo's on his forearm and biceps. A master in small arms and hand-to-hand combat, able to disarm or kill in a heartbeat. He hid that away and won our hearts with his quiet wit and charm. America's real heroes don't flaunt what they did, they quietly go about their day to day lives, doing what they do best. They earned our respect and the freedoms that we all enjoy. Look around and see if you can find one of those heroes in your midst. Often, they are the ones you'd least suspect, but would most like to have on your side if anything ever happened.

Numerous rumors about children's television host Fred Rogers having a violent, criminal, or military background have been bandied about for years, but there is nothing to any of them. As our Mr. Rogers page explains, Fred Rogers never served in the military.