Does a Photo Show Rioter Snatching a 'Podium' in the US Capitol?

We're not sure if the item made it out of the building, but the photograph is real. 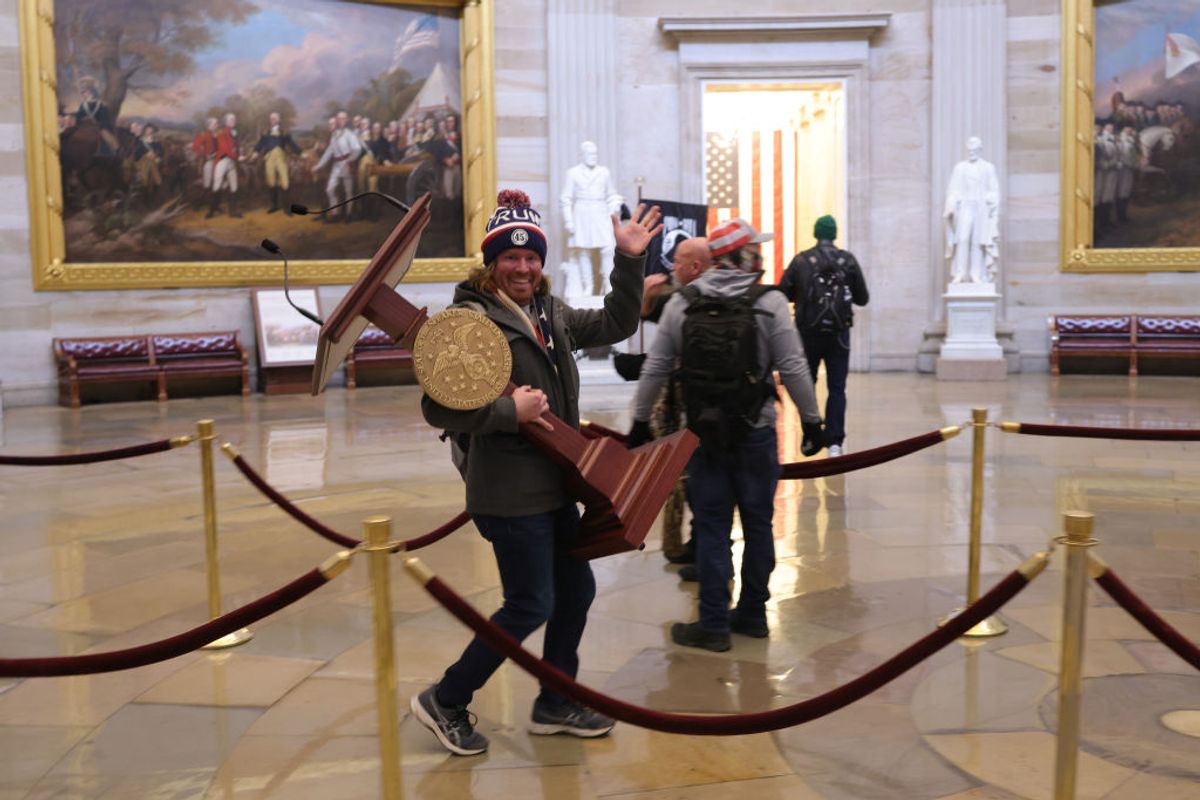 Claim:
A photograph shows a rioter holding a lectern (which some bystanders referred to as a podium) inside the U.S. Capitol on Jan. 6, 2021.
Rating:

On Jan. 6, 2020, as a pro-Trump mob stormed the U.S. Capitol in protest of the 2020 election, a photograph started to circulate on social media that supposedly showed one of the rioters carrying off a lectern (some people referred to is as a "podium"): This is a genuine photograph. However, details about it are scarce. We're not sure who this person is, where this lectern came from, or if this person was able to leave the Capitol with it.

This photograph was taken by Win McNamee of Getty Images. The caption provided for the photograph did not provide many additional details:

On Twitter, Getty Images wrote that the photograph showed a "Trump supporter [carrying] a podium around the U.S. Capitol after protesters breached the Capitol Building during a joint session of #Congress in Washington, DC."