While videos show people who were removed from flights for being unruly or refusing to wear a mask, these people were not added to the FBI's terrorist no-fly list. 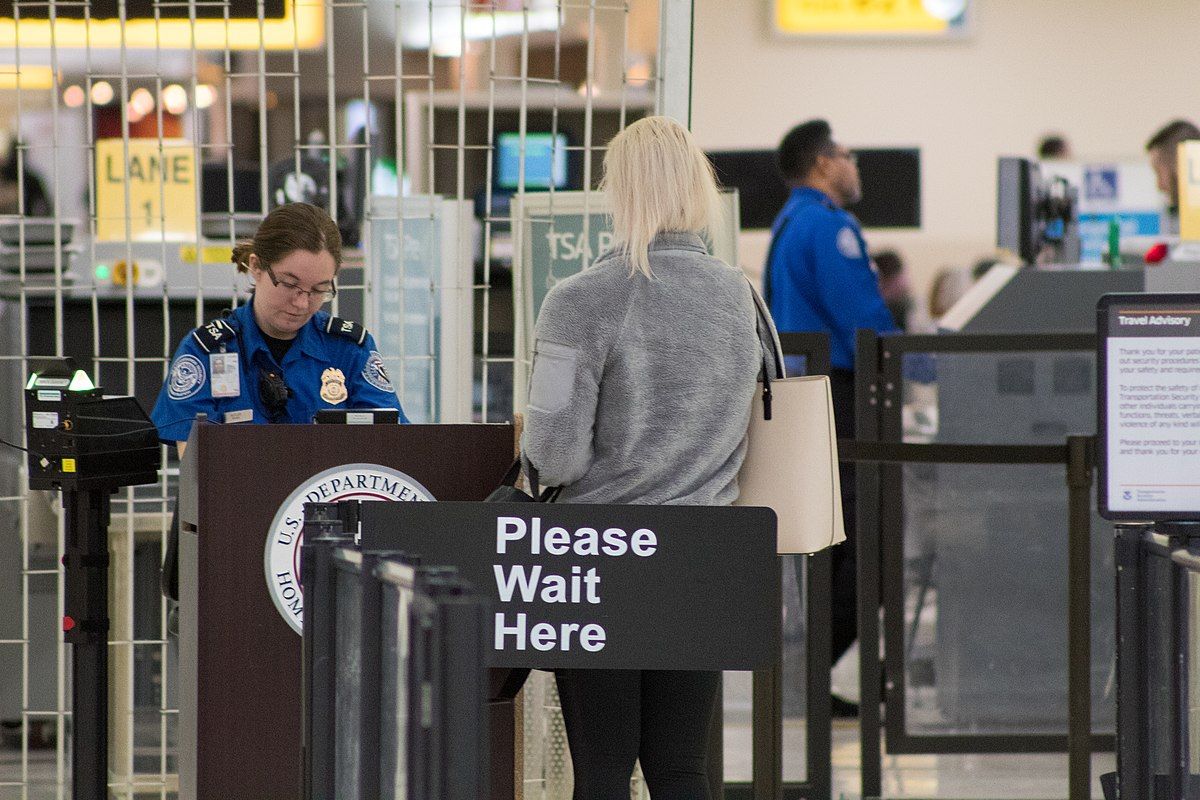 Claim:
A video shows a person who attended the Capitol riot finding out that they had been added to the no-fly list.
Rating:

On Jan. 10, 2021, a video supposedly showing a person finding out that they had been placed on the no-fly list for participating in a pro-Trump riot at the U.S. Capitol went viral on social media:

The man in the video can be heard saying: "This is what they do to us. They kicked me off the plane. They called me a f*cking terrorist, and they f*ckin’ want to ruin my life!”

While this video shows a person who was kicked off of a flight, it doesn't appear to have anything to do with the "no-fly list," a list that is maintained by the FBI's Terrorist Screening Center that prohibits terrorists from boarding commercial aircraft.

The original version of this video that was shared on TikTok was accompanied by a caption noting that this person had a "toddler level meltdown" because they were told that they had to wear a mask:

Homeboy had a full toddler level meltdown bc he was told to wear a mask ?#fyp

It should also be noted that while the Capitol riot resulted in the arrests of several people, the charges filed so far have dealt with issues such as trespassing, disorderly contact, and weapon possession, not terrorism. While officials have opened domestic terrorism investigations, the FBI has not made any announcements designating everyone in attendance at the rally as a terrorist.

Furthermore, it took several days following the Capitol riot for the main instigators to be identified. It does not seem plausible that authorities would have been able to identify everyone in the crowd in order to collectively add them to the no-fly list. It should also be noted that this video was taken at the flight gate, which means that this person was able to obtain a boarding pass and make it through security — two tasks that would be difficult to accomplish for a person on the FBI's "no-fly" list. Lastly, if this person was truly identified as a terrorist on this list, we doubt that they would simply be allowed to walk away from the gate without being arrested.

The FBI's terrorist no fly list is not publicly available and specific details about the list (such as who is on it, how many people are on it, and exactly what criteria are used to determine who gets added) are hard to come by. Forbes reported that the list is traditionally comprised mainly of international terrorists, not domestic. California Sen. Diane Feinstein estimated in 2016 that the list included an estimated 81,000 names.

The no-fly list is a small subset of individuals in Terrorist Screening Database, more commonly known as “the watchlist,” which the FBI says “are known to be or reasonably suspected of being involved of terrorist activities.”

While the details of the TSA’s No-Fly List are notoriously opaque, the list has traditionally targeted international, not domestic, terrorists. A 2016 press release from Senator Dianne Feinstein ballparked that there were only 1,000 Americans on the list out of approximately 81,000 total names — or roughly 1%.

The video above wasn't the only one that was circulated in the days after the Capitol Riot along with the claim that attendees had been added to the fly list. In at least one other case, though, the video again showed a person who was removed from a flight for not complying with a mask mandate.

While these videos do not show people on the FBI's no-fly list, CNBC News reported that the country's largest flight attendant union has called for those involved in the Capitol Riot to be added to the no-fly list. However, it doesn't appear that this has happened yet. On Jan. 9, a day before these videos went viral, FAA Administrator Steve Dickson released a statement saying that the "FAA will pursue strong enforcement action against anyone who endangers the safety of flight, with penalties ranging from monetary fines to jail time,” but he made no mention of the no-fly list.

A spokesperson for the TSA couldn't comment directly on the no-fly list, but did say that there were "multiple layers of security in place."

We prepare for all contingencies. For security reasons we do not discuss the details other than to confirm that there are always multiple layers of security in place and that travelers may notice additional law enforcement and canine presence, especially when events justify an increased security posture. As it relates to the No Fly list, we will accommodate FBI requests and congressional authorizations related to no fly lists.

It should also be noted that individual airlines may maintain their own "no-fly lists" that are separate from the FBI's terrorist no-fly list. Alaska Airlines, for instances, placed 14 people on their no-fly list after an unruly flight from Washington to Seattle:

Alaska Airlines said on Friday it has banned 14 passengers from future travel with the carrier after what it called “unacceptable” behavior on a flight from Washington Dulles to Seattle.

Seattle-based Alaska said a number of passengers on a flight out of Washington late Thursday “were non-mask compliant, rowdy, argumentative and harassed our crew members.”

“Because of their actions and non-compliance, we have banned 14 of those passengers from future travel with us,” the airline said in a statement.

The viral video shows a man who was removed (or denied entry) to a plane after he refused to comply with a mask mandate. While it is possible that another passenger called him a terrorist, there's no evidence that this person has actually been labeled a terrorist or that they had been added to the FBI's no-fly list.