The purported set included a Lego likeness of a man dressed in horns and furs. 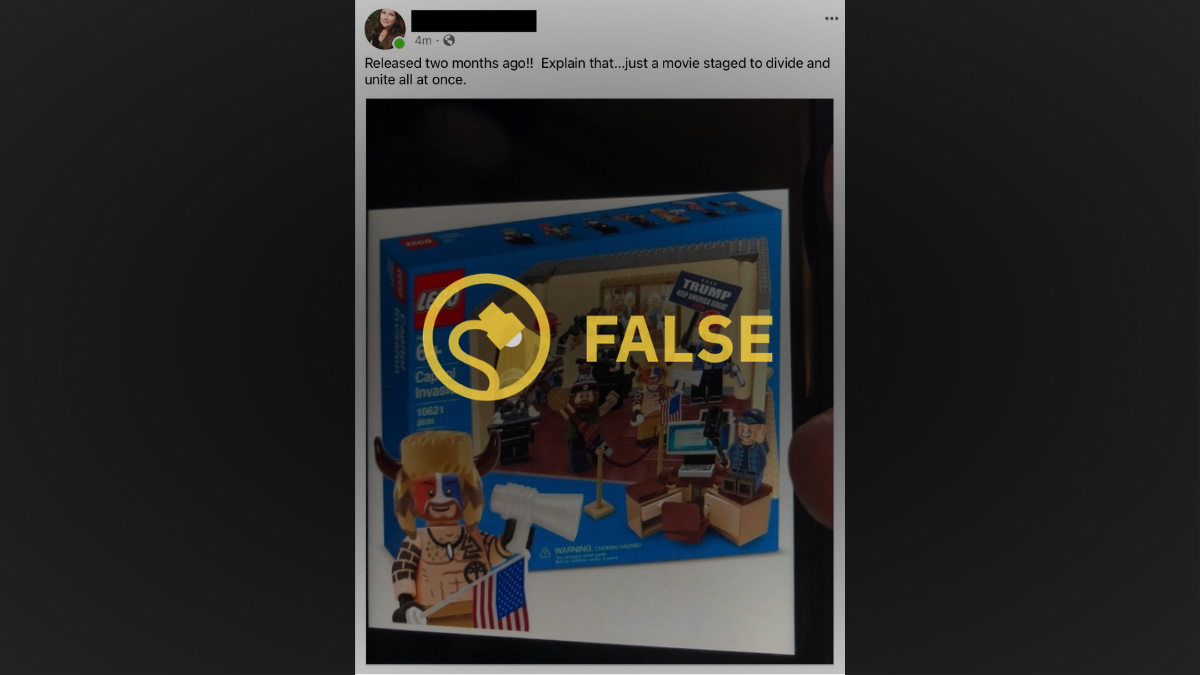 Claim:
A “Capitol Invasion” Lego set that showed several well-publicized members of the Jan. 6, 2021, pro-Trump mob was released months ahead of the riots in the District of Columbia.
Rating:

In the days following the Jan. 6, 2021, insurrection at the U.S. Capitol in the District of Columbia, some social media users posited that the coup was not only a plotted obe but had been worked out by unidentified nefarious actors months in advance.

A graphic of a “Capitol Invasion” Lego set, for example was claimed by some social media users to have been released “two months” prior to the riot, which suggested a much deeper plot at work than a loose, uncoordinated uprising: The purported Lego set's packaging boasted with “10621 pieces,” representative of the date of the riots, and suggested the toy for children aged six and older. An image on the cover of the box showed a handful of the notorious now-viral rioters, including Adam Johnson, the man accused of stealing House Speaker Nancy Pelosi’s lectern, a man dressed in horns and furs, and Richard Barnett, who was photographed sitting at a desk in Pelosi’s office.

The Lego-replicated characters were gathered together in what looked to be a section of the Capitol. A hand-held sign that appeared on the box read “Trump, Keep America Great 2020.”

The supposed children’s toy quickly went viral when alt-right Proud Boys leader Enrique Tarrio shared the fabricated image on the social media website Parler. A reverse image search found that the supposed Lego set had appeared at least 37 times on other social media platforms, including Imgur and Reddit, the latter of which had removed the picture.

But the Lego set does not exist and as such, it had never been released to the public.

“This set is obviously not a LEGO® product and the social media post has nothing to do with the LEGO Group,” wrote the LEGO Press Office in an email to Snopes. “As a company dedicated to inspiring and developing children, we would never make a product like this.”

The supposed toy first appeared in a Jan. 7, 2021, Facebook post shared by Adam The Creator, a self-described artist and original content creator whose "about section" described his page as featuring “daily memes and fake products from the mind of Adam Padilla." In a message to Snopes, Padilla confirmed that he had created the image and that he had done so in jest.

In fact, a close-up look at the supposed Lego box shows “adam.the.creator” written in a faint grey color near the top center of the image:

Update [Jan. 11, 2021]: This article was updated to include statements from LEGO and artist Adam Padilla.