Were Canadians Warned Not to Let Moose Lick Their Cars? 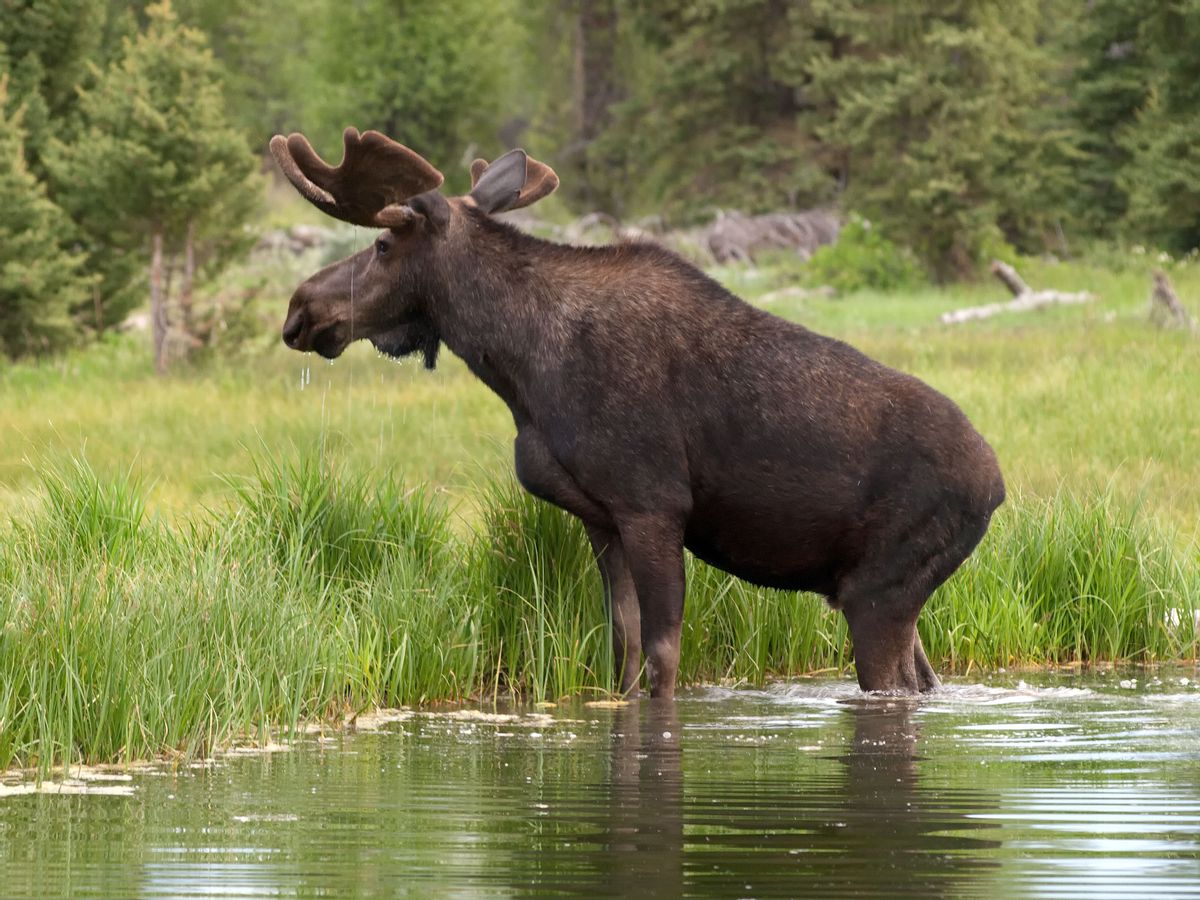 On Nov. 14, 2020, a set of photographs supposedly showing a traffic sign in Canada warning passersby to "not let moose lick your car" went viral on social media: These pictures stirred up some questions. Are these signs real? How exactly do you stop a moose from doing what a moose wants to do? And, just how widespread is the moose-licking-car problem in Canada?

First of all, these pictures are real. This sign was spotted along Maligne Lake Road in Jasper, Alberta, Canada. And while the sign may seem a bit humorous, it addresses a genuine problem in the National Parks of Canada.

Moose, apparently, are somewhat obsessed with salt. Jue Urie, the owner-operator of the Jasper Tour Company, told the CBC:  "Road salt is kind of like crack [to moose]."

In the winter when roads are salted to prevent them from freezing, moose have figured out that the salt can be easily accessed on the front bumpers of parked cars. So when people stop to look at a moose, or when cars are simply parked in the area, these large animals can get dangerously close to the vehicles in order to get a taste of salt.

“(This) started as an occasional issue a few years ago and now is too common ... People are getting far too close, and it’s perpetuated by their (the moose’s) obsession with salt, accessing the vehicles."

Here's a video news report from 2016 about moose licking cars in Alberta, Canada:

In 2016, during a similar spate of salt-licking moose incidents, Alberta Parks issued a warning to visitors to not let moose lick their cars. That warning had some specific strategies to deter this practice, such as honking the car horn, as well as some techniques to avoid, such as "do not attempt to push the moose away from your vehicle."

This, of course, is not a problem specific to Canada. In 2018, the Buckrail, a news outlet from Jackson Hole, Wyoming, reported that U.S. National Parks officials were issuing similar warnings to visitors. Denise Germann, parks spokesperson, said: “We highly discourage the practice of allowing wildlife like moose to lick salt off vehicles."