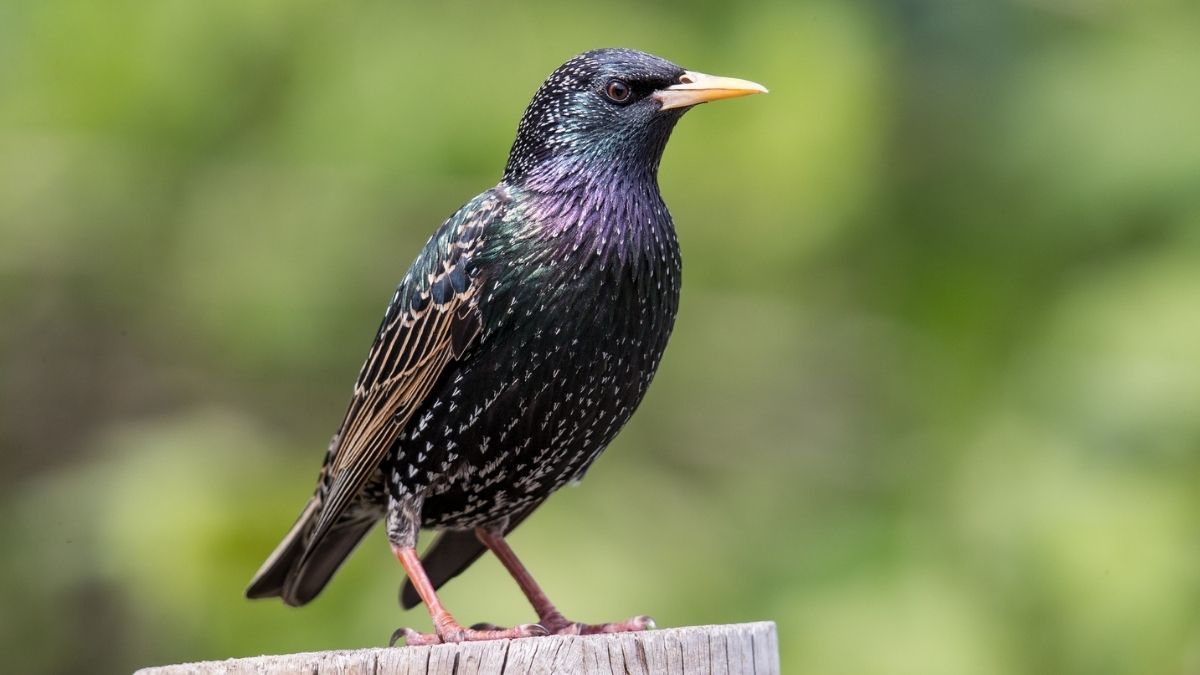 Parrots may be the bird that is best known for mimicking the human voice, but they aren't the only ones who can accomplish this impressive task.

In June 2021, a video went viral on social media that supposedly showed a European starling speaking phrases such as "gonna give him a kiss," and "who's my precious?":

This is a genuine video of a European starling mimicking a human voice.

This video was originally posted to Reddit by a user named omgmypony, and shows a European starling named Jabber. This Reddit user has posted several videos of Jabber over the years, starting when it was just a baby bird three years ago. In another video, Jabber shows off a new word, "angel." In another video, Jabber says "who's my precious?" and "who's my sweet bird?"

According to Washington State University wildlife ecologist Rodney Sayler, the European starling is particularly skilled in mimicry and can reproduce a variety of sounds, such as the calls of other birds, dogs barking, cars honking, and the human voice:

“Starlings are accomplished mimics. They pick up sounds from other starlings and song birds but also from people and inanimate objects,” he explained.

Their vocalizations include whistles, whizzes, rattles and pops. But it’s the barks, child squeals, frog rib-bits and car horns that stump humans the most.

“How and why starlings incorporate such an elaborate repertoire of sounds into their vocal behavior has been the subject of a lot of research, with no single answer,” said Sayler, adding that it appears to be a complex interaction used to deceive, identify their whereabouts, keep rivals at bay and impress potential mates.

Then again, some scientists contend the birds imitate for no other reason than because it’s fun, according to research literature.

While many people may have been a bit startled to see this starling speak, these birds have been imitating the human voice for centuries. In fact, the starling made an appearance in William Shakespeare's play "Henry IV, Part 1," which was written around the year 1600.

After being forbidden to speak of Mortimer, the character Hotspur conjures up a plan to train a starling to say the name instead:

When he lies asleep,
And in his ear I’ll holla ‘Mortimer!’
Nay,
I’ll have a starling shall be taught to speak
Nothing but ‘Mortimer,’ and give it him,
To keep his anger still in motion.

Interestingly, this passage is partly responsible for the European starlings presence in North America. The Scientific American reports that in the late 1800s, the American Acclimatization Society sought to introduce every bird mentioned in Shakespeare's plays to the United States. In 1890, this group released a few hundred European Starlings in Central Park:

We move on to the late 19th century, when a group called the American Acclimatization Society was reportedly working on their pre-environmental-impact-statement project to introduce to the U.S. every bird mentioned in Shakespeare’s scripts. Clearly, the Bard abided birds — his works include references to more than 600 avian species. A Bronx resident, drug manufacturer Eugene Schieffelin (a street bearing his name isn’t far from my house) seems to be particularly responsible for the starlings’ arrival here. Well, his chickens have come home to roost. Pop. (The society also brought the house sparrow to our shores, a pair of which nest in a vent on the front of my other, human, next-door neighbor’s house.)

The Acclimatization Society released some hundred starlings in New York City’s Central Park in 1890 and 1891. By 1950 starlings could be found coast to coast, north past Hudson Bay and south into Mexico. Their North American numbers today top 200 million. As bird-watcher Jeffrey Rosen put it in a 2007 New York Times article, “It isn’t their fault that they treated an open continent much as we ourselves did.” Zzzt.