This Halloween urban legend dates back to the late 1970s. 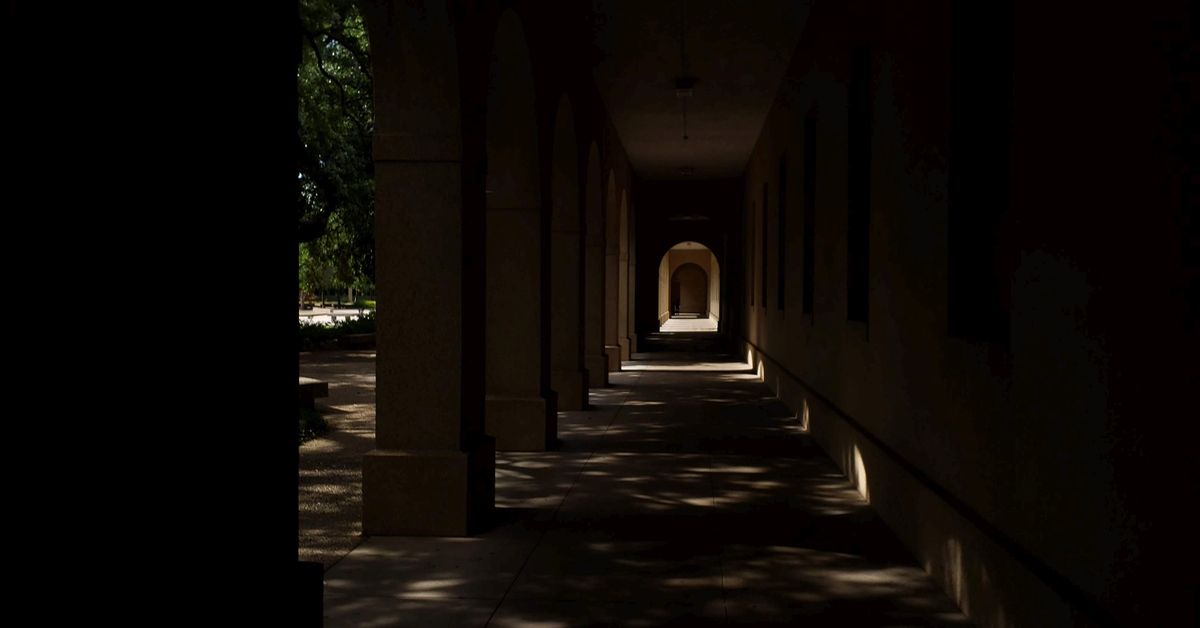 This is a long hallway on the campus of LSU and the sun is hitting the path crossways towards the end of the long hallway. (Image Via Getty Images/Stock photo)
Previous Article
Next Article
Article 10 of 33 in Collection

Claim:
A psychic predicted on a popular television talk show that a mass murder would take place on Halloween at a college campus.
Rating:

The classic "Halloween Campus Murders" fright tale is a legend almost plague-like in its cyclicity, one that periodically resurfaces, spreads widely, and sends many students rushing home or barricading themselves inside their rooms during the weekend of (or just before) Halloween. (That each major outbreak of the rumor seems to occur several years after the previous iteration suggests that the legend takes hold anew once most of the students who experienced the previous occurrence have graduated and moved on, making room for a new crop of youngsters who have never been exposed to it before.)

This story's first known appearance was in the Midwest in 1968, perhaps inspired by Richard Speck's murderous attack on nine nurses in a Chicago rooming house a few years earlier. It has seen numerous outbreaks since then, most notably in 1979 (Midwest), 1983 (nationwide), 1986 (Central Pennsylvania), and 1991 (New England), and it made a huge comeback in 1998 (perhaps inspired by the release of the movie Urban Legend earlier that year) when it spread across college campuses throughout the Midwest.

The basic outline of the rumor is that a psychic has predicted a crazed killer will strike on a college campus on or near Halloween, with the psychic providing only vague clues about which campus will be targeted — clues that are ambiguous enough to allow them to be applied to nearly every college campus in the country. Nearly all the details of the legend — when and where the prediction was made, who the killer will be, what weapon the murderer will wield, which campus he will strike, what building the slayings will occur in, and how many students will be killed — vary according to where and when the legend is repeated.

Some of the more common variations include the following:

The details included in the versions circulated during the 1998 outbreak of this rumor were:

Even though this legend has been circulating for decades (with nary a student falling victim to an axe-wielding Bo Peep in the meanwhile), many students in 1998 were still being advised to not go anywhere alone and to watch out for "suspicious" individuals. Although these are always wise precautions, one would hope the need to vacate dormitories in response to a legend has become unnecessary. The abundance of student newspaper articles collected below indicates that perhaps saner heads forestall further outbreaks of the legend.

As to how this legend got started in the first place, folklorist Simon Bronner noted in his collection of campus lore that "The coincidence of the rumors with the darkening fall season, the mistrust of the security of institutional life — especially for students away from the haven of home — and the setting of many campuses in isolated arcadias undoubtedly feeds the rumors." He suggested that as colleges eased the restrictions of dormitory life and took a much less active role in their students' personal lives, students came to see campuses as "more open but less protected" places, sites "potentially open to dangerous strangers."

Update:   This legend resurfaced in 2007 at Kent State University (KSU) in Ohio. We have not heard of outbreaks of the rumor at other U.S. schools that year.

Previous Article
Next Article
Article 10 of 33 in Collection