Did California Build 22 Prisons and 1 University Since 1980?

The state has built far more prisons than universities since 1980. 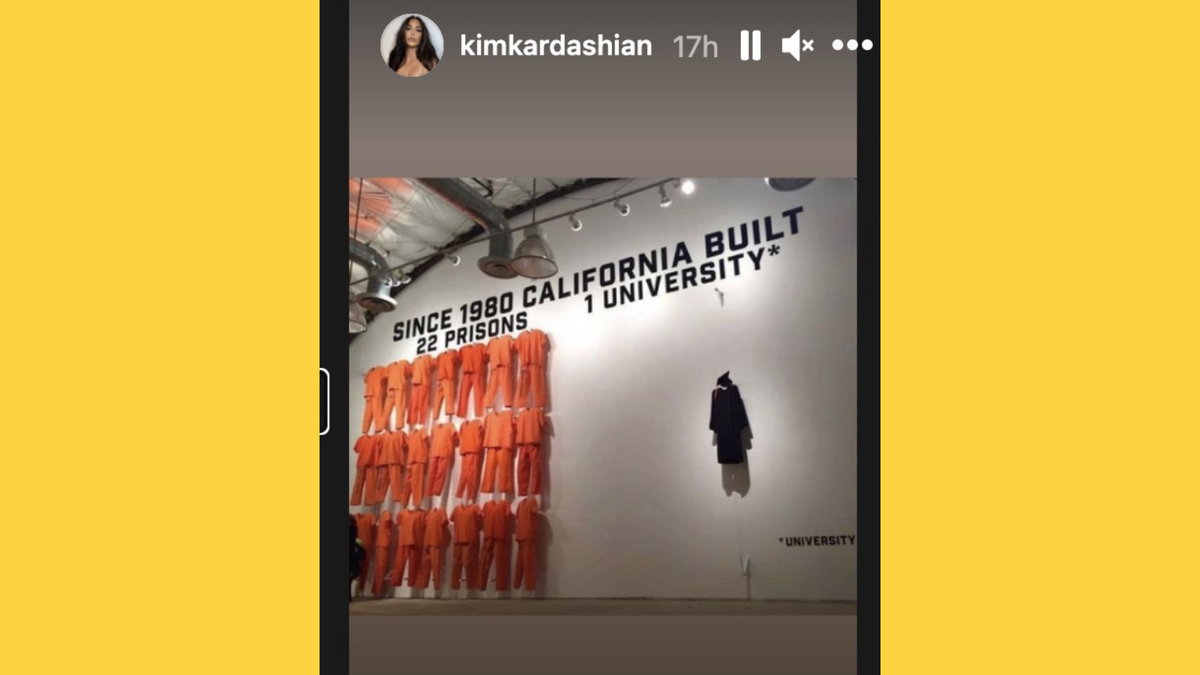 Claim:
The state of California built 22 prisons, but only one public university since 1980.
Rating:

Although the numbers in the image shared via Instagram story by Kim Kardashian are out of date, they do accurately allude to the fact that the state of California has opened far more prisons than public universities since 1980.

In early May 2021, celebrity influencer Kim Kardashian posted a striking photograph to her Instagram story. The picture was a display of 22 orange prison jumpsuits and a single graduation cap and gown affixed to a white wall, along with the words, "Since 1980 California built 22 prisons" and one university.

The numbers in the image are not totally accurate because they are out of date by several years, but the underlying message is true: Since 1980, California has opened far more state prisons than public universities.

Meanwhile, California operates 35 adult state prisons. And it opened at least 23 of them after 1980. (The state is in the process of closing some prisons, however.) That number doesn't even account for other types of correctional facilities run by the state, including fire camps and juvenile detention.

The image in Kardashian's post is a photograph taken of a social justice-themed art exhibit in May 2015, which took place in Los Angeles. The source of the claim about the number of prisons built versus the number of universities appears to be a 2014 article posted by The California Endowment, a California nonprofit organization that promotes investment in the health of communities over incarceration.

The 2014 article discussed what was then a new campaign called Do the Math, focused on revealing how much the state spends on incarcerating its residents as opposed to educating them, with the aim to change that dynamic. The article noted that because of harsh automatic sentencing laws like the "three strikes" law, California overspends on incarceration while underinvesting in education.

"Three strikes" is a mandatory minimum sentencing law in California that requires harsher prison terms than a crime in and of itself calls for, if a defendant has prior convictions.

Our campaign will first focus on the issue of prison spending. Today we incarcerate about 30,000 people – one out of every six people in state prison – for offenses like shoplifting and possessing small amounts of drugs. We used to hold people accountable for these crimes without sending them to prison, but harsh and automatic sentencing laws like Three Strikes placed many more people behind bars.

The result? California has built 22 prisons and just one university since the 1980s. And we spend $10 billion a year on our prison system.

Just think of what else we could do with the $62,300 a year that it costs us to keep someone in state prison. We could send 15 kids to preschool – and kids who go to preschool are 28% less likely to end up incarcerated. Or we could hire a guidance counselor or a school nurse to help young people stay healthy and on track for graduation.