Disreputable web sites provide no evidence to support a half-baked theory about the cause of the October 2017 fires. 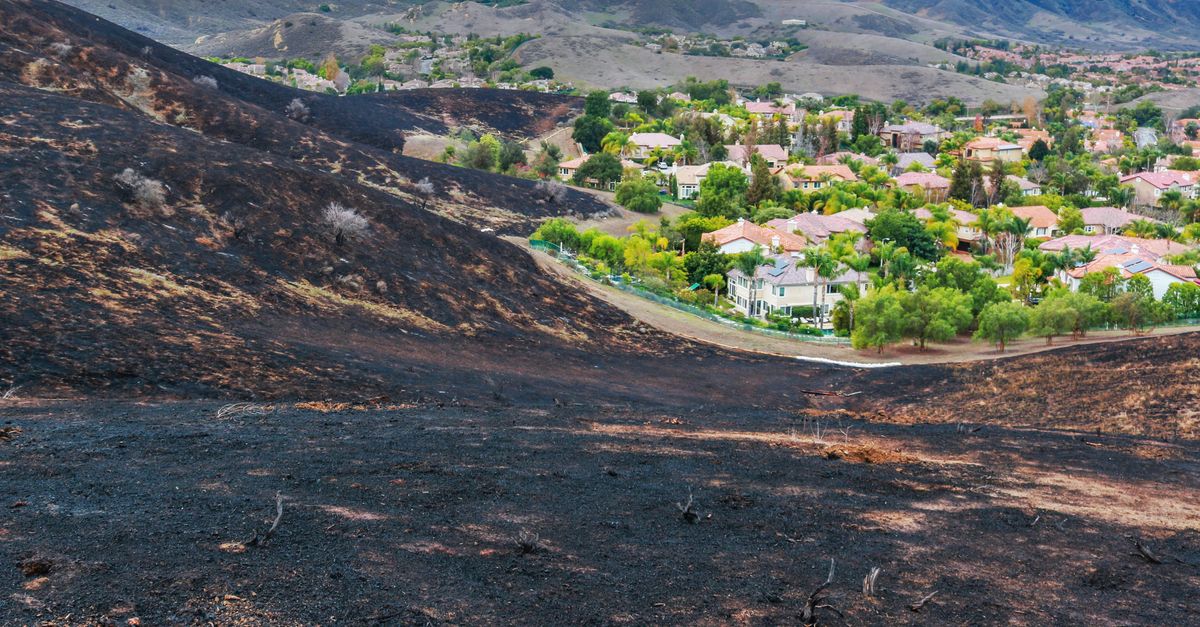 Claim:
Officials say the October 2017 California wildfires were started by Mexican drug cartels in order to gain a strategic advantage over the legal marijuana industry.
Rating:

As wildfires caused devastation in parts of California in the fall of 2017, conspiracy theories about their causes followed quickly behind. On 14 October 2017, the web site Got News claimed that law enforcement officials and cannabis industry figures believe that Mexican drug cartels are to blame for starting the fires:

While massive wildfires are far from uncommon in California’s forests, they usually occur in December and January, not October. Moreover, this year’s have widely been described as unprecedented in size and destruction. Some 16 fires have burned over 200,000 acres of land in Northern California so far.

...Law enforcement authorities – including senior Department of Homeland Security officials – and key people within the legal marijuana business quickly noticed that the areas hit hardest by the fires are the same places that California’s marijuana industry legally grows cannabis, and are now starting to suspect foul play.

The suspicious timing and sheer destruction of the fires has led them to believe the Mexican drug cartels – infamous for their ruthless tactics – had a hand in starting them.

The article cites stories by the New York Times and NBC News, who reported that among the areas damaged by the fires are several cannabis farms. Similar versions of this conspiracy theory were also picked up and published by Proud Patriots, Freedom Daily, and the Gateway Pundit.

The Got News article can most charitably be described as thinly sourced, claiming that anonymous law enforcement officials and cannabis industry leaders believe that cartels "had a hand" in starting the historically destructive fires. However, there is no statement attributed to anyone, even an unnamed person.  A spokesperson for the California Department of Forestry and Fire Protection told us the investigation into the fires was still ongoing and that it could be a matter of months before a cause or causes are determined.

However, there is ample evidence to implicate windblown power lines in at least some of the wildfires:

Investigators have yet to determine what sparked the Northern California fires.

But a review of emergency radio traffic recordings found that fire crews were dispatched to at least 10 spots in Sonoma County in response to reports of sparking electrical wires and exploding transformers as high winds pummeled the area on the night of Oct. 8, the San Jose Mercury News reported. The first fires were reported about the same time, the newspaper said.

Although it doesn't contain any evidence to support its central claim, the Got News article does contain references to earlier reporting about the damage that wildfires have caused to marijuana crops in California. For example, it quotes an 13 October 2017 New York Times report:

Fatal fires that have consumed nearly 200,000 acres in Northern California, devastating the region’s vineyards particularly in Napa and Sonoma Counties, are also taking a toll on a fledgling industry just months before its debut: recreational marijuana.

Many of the region’s farms, including those that harvest cannabis, have been scorched, including those in Sonoma County and in Mendocino County, the center of California’s marijuana industry.

According to an NBC News report:

For many producers, the financial losses include not just harvest-ready crops, but recent investments in infrastructure to comply with licensing regulations in preparation for recreational marijuana legalization next year.

Both these articles were about the effects of the fires on the marijuana crop, an industry that has economically transformed the region and whose loss affects a significant number of residents. Neither of these source articles contain any mention of drug cartels, nor any speculation about what (or who) might have caused the wildfires in the first place. The fact that California's nascent legal marijuana industry has been badly affected by the fires does not, of course, logically require or even suggest that the fire was started by those involved in the illegal drug trade.

The article also claims that the timing of the October 2017 wildfires is "suspicious," adding that "they usually occur in December and January, not October." This is false; October, as any Californian can tell you, is the height of fire season. In fact, the California Department of Forestry and Fire Protection's annual wildfire reports show that there were more wildfires in October than both January and December, every year between 2008 and 2015, apart from 2014, when January saw 283 fires, as opposed to 172 in October.

According to statistics published by the California's Department of Forestry and Fire Protection, arson (the cause claimed by Got News) was responsible for just 0.37 percent of the 291,282 acres of land burned by wildfires in the state in 2015 and 7.8 percent of fires overall. Electrical power lines and electrical equipment caused 76 percent of wildfire damage between them.

Got News is a disreputable web site run by the infamous internet troll Chuck C. Johnson, and has previously published thinly sourced and fabricated claims and often-xenophobic conspiracy theories.

Dewey, Caitlin.  "Charles Johnson, One of the Internet's Most Infamous Trolls, Has Finally Been Banned From Twitter."   Washington Post.  26 May 2015.

Palma, Bethania.  "Was the Security Guard at Mandalay Bay an 'Accomplice' to the Las Vegas Mass Shooter."   Snopes.com.  7 October 2017.