Were Bugs Found in a Can of Chef Boyardee Mini Raviolis?

Millions of people have viewed a video supposedly showing the critters (or unmixed caramel coloring) in the product. 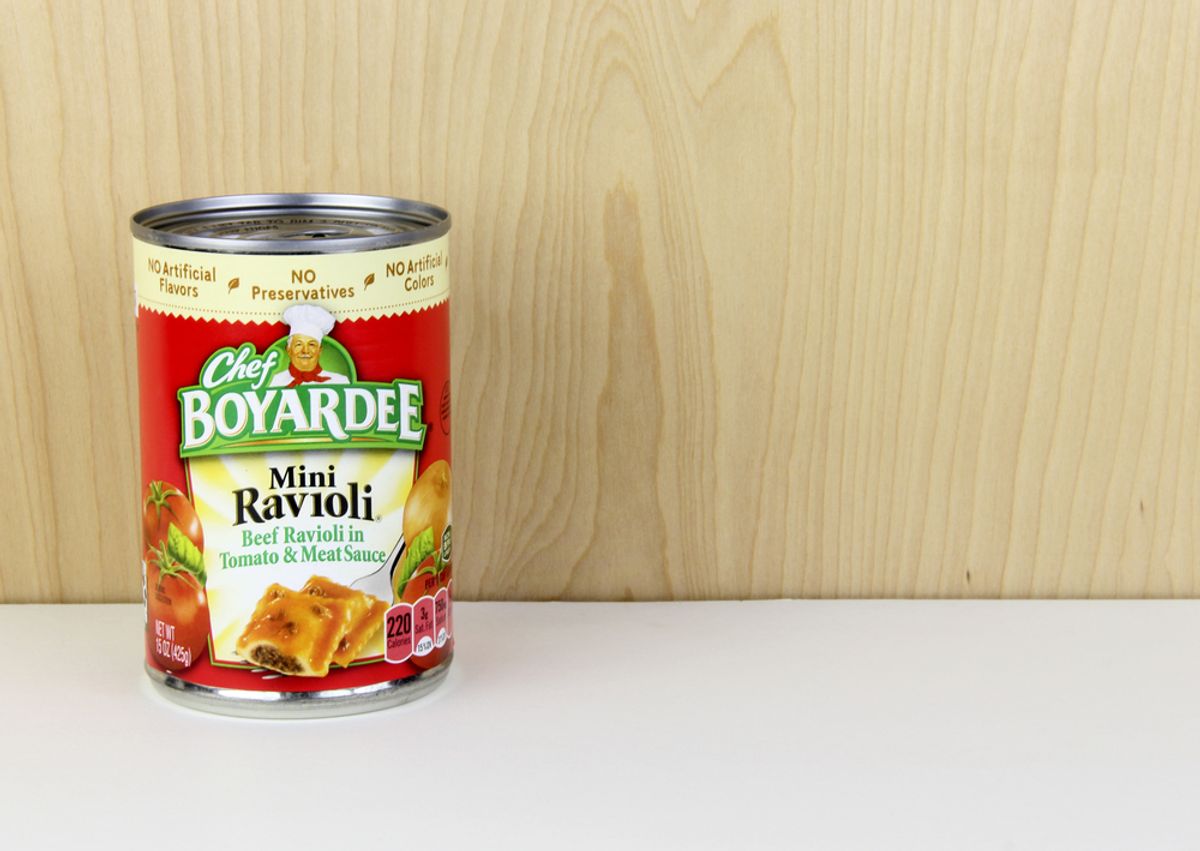 Claim:
A viral video shows bugs inside of a can of Chef Boyardee Mini Raviolis.
Rating:

On 5 January 2019, Facebook user Samantha Moore Booker published several photographs that supposedly showed bugs and larvae inside of a can of Chef Boyardee Mini Ravioli:

Do NOT eat or feed your kid(s) Chef Boyardee mini ravioli!!!! I happened to open one ravioli when trying to separate them to cook for Finn’s lunch and these are the BUGS and LARVAE we found inside the “meat.” We got the four pack from Enterprise, AL Walmart last night. The expiration date is Oct 2020. ???? We’ll call the company on Monday. ?

Shortly afterward, she added a video that reportedly gave a better look at these "bugs" in the mini raviolis. By the time we encountered this footage, it had been licensed out to "Viral Hog":

Chef Boyardee's Facebook page quickly filled up with comments from concerned customers. On 17 January 2019, they responded to a number of social media users on Facebook with a message similar to the following, asserting a possible issue with caramel-coloring pieces:

We have seen the video/post that you are referencing and understand your concern. Please be assured that the dark color pieces in the ravioli are caramel coloring. During the cooking process, the caramel coloring may not thoroughly mix into the batch resulting in dark color pieces. We want you to know that we take food safety & quality very seriously and have shared these details with our Quality team.

It's difficult to determine what these dark items really are by simply viewing this video. It should be noted, however, that Conagra Brands, the company that distributes Chef Boyardee products, has not issued a recall for these canned mini raviolis, as of this writing.