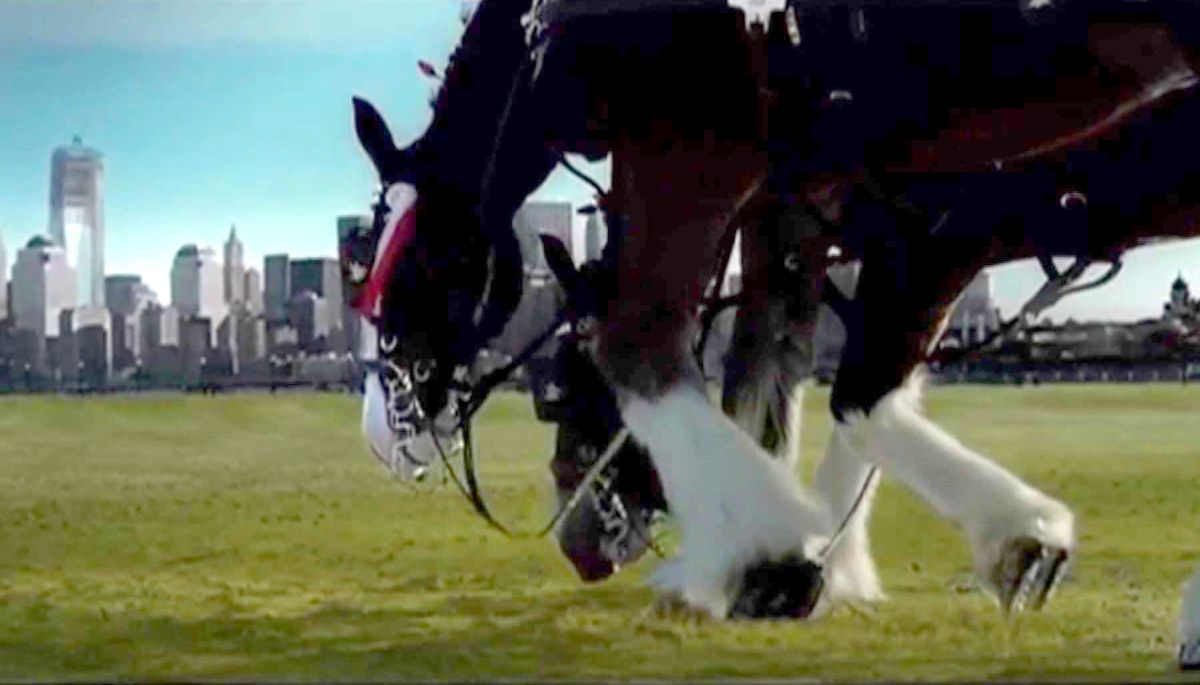 Claim:
A video clip shows a Budweiser tribute to the victims of 9/11 that was only aired once.
Rating:

It is, depending upon one's point of view, anything from the nadir of popular culture to a triumph of commercialized entertainment that many of the people who tune in to one of the year's most widely-viewed television events do so (in whole or in part) specifically to watch commercials. The National Football League's annual championship game, commonly known as the Super Bowl, has long been one of the most-watched television programs of the year and therefore also one of the premier venues for advertisers, with 30-second commercial spots selling for as much as $2.5 million. Over the years, businesses and their advertising agencies have been lavishing more effort and expense on creating unique commercials for unveiling during the Super Bowl, with the result that coming up with the most memorable Super Bowl spot is now an informal competition waged almost as intensely as the game itself.

Although the Super Bowl commercials most fondly recalled by viewers are generally of the humorous, quirky, and off-beat variety, one very memorable spot was of a decidedly different nature. For Super Bowl XXXVI, which aired on 3 February 2002 — five months after the 9/11 terrorist attacks on the U.S. — Budweiser came up with the "Respect" commercial linked above. The one-minute spot featured the beer company's trademarked team of Clydesdale horses trudging across snow-covered ground into New York, where they stopped to gaze upon the Statue of Liberty and the city's skyline before lowering their heads on bended knees in a gesture of respect.

According to Anheuser-Busch (Budweiser's parent company), this commercial did air only on that one occasion:

We truly appreciate your interest in one of our Super Bowl 2002 commercials, "Clydesdale Respect."

As you have heard, this commercial aired only once. However, we continue to be overwhelmed by the positive response. Anheuser-Busch is proud to be an American beer company and we wanted to express ourselves in respectfully honoring those affected by the events of September 11th We are pleased that the Budweiser Clydesdales were able to deliver our sentiments in a way that has resonated with many Americans.

At this time, we have no plans to air this commercial again. Although it was available for a period of one year on our Web site, we have since chosen to update the site with fresher ads.

(Budweiser did finally air an updated version of the commercial on 11 September 2011, the tenth anniversary of the 9/11 attacks.)

The claim made in the e-mail reproduced above, that Budweiser aired the commercial only once "so as not to benefit financially from it," is a bit of an overstatement. Commercials are sometimes created to provide maximum impact through only a single national airing (Apple's famous "1984" spot, broadcast during Super Bowl XVIII, being the most notable example), and Budweiser's 2002 Super Bowl commercial fits into that category. With limited exposure it created positive associations with consumers as a touching gesture of respect, but with repeated airings it could have risked creating too strong a consumer association between the sponsor's product and a great tragedy.