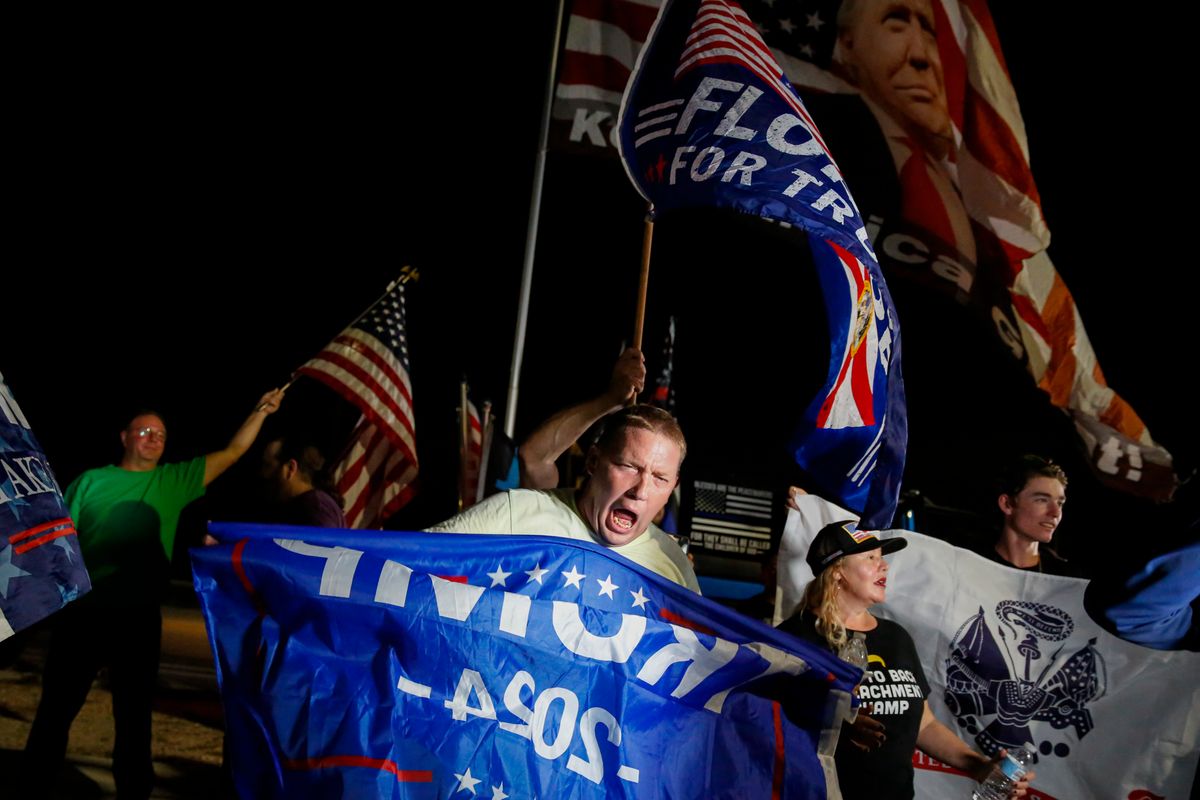 Claim:
A picture shows Jeffrey Epstein associate Ghislaine Maxwell massaging the foot of Florida Magistrate Judge Bruce Reinhart, the man who signed off on the warrant that allowed the FBI to search Trump's Mar-a-Lago residence in August 2022.
Rating:

Hon. Bruce E. Reinhart, a U.S. magistrate judge for the Southern District of Florida, was not photographed on an airplane receiving a foot massage from Jeffrey Epstein associate and convicted sex trafficker Ghislaine Maxwell. The fake picture, which appeared to have been altered with Adobe Photoshop, originally showed Epstein receiving the massage, not Reinhart.

Reinhart was added on top of Epstein by whoever altered the picture.

Politico published that it was Reinhart who "signed off on the warrant that allowed federal agents to search former President Donald Trump's Florida residence." The FBI search of Mar-a-Lago was conducted on Aug. 8, 2022.

The New York Times reported that the FBI’s goal of searching Trump’s estate was “to obtain information related to his handling of classified information.” This matter was “separate from the Justice Department’s investigation into the Capitol attack on Jan. 6, 2021, according to multiple people familiar with the investigation,” the Times reported.

Social media users first shared the fake photograph in the days following the federal search of Trump's property. It showed a watermark for a user named @what.i.meme.to.say.

Reuters reported that its fact-check team conducted a simple reverse image search, which showed that the original photograph featured Epstein, a convicted sex offender, not Reinhart. Epstein died by suicide in 2019 while awaiting trial on sex-trafficking charges in New York, according to an autopsy.

The picture of Reinhart that was used in the doctored image came from a 2017 post on his personal Facebook profile:

The inspiration to create the fake picture may have come from the fact that Reinhart once served as a "defense attorney on behalf of individuals connected to convicted sex offender Jeffrey Epstein," according to Politico. Citing the Miami Herald, Politico published that Reinhart once defended "pilots for Epstein, his scheduler, and a woman who had been described by some of Epstein’s victims as his sex slave."

In sum, no, Reinhart was not photographed on an airplane while receiving a massage from Maxwell.