Did Bruce McCandless II Float Untethered in Space Over a Mountain Range?

A famous photo of astronaut Bruce McCandless II floating untethered in space was "enhanced" with some digital editing. 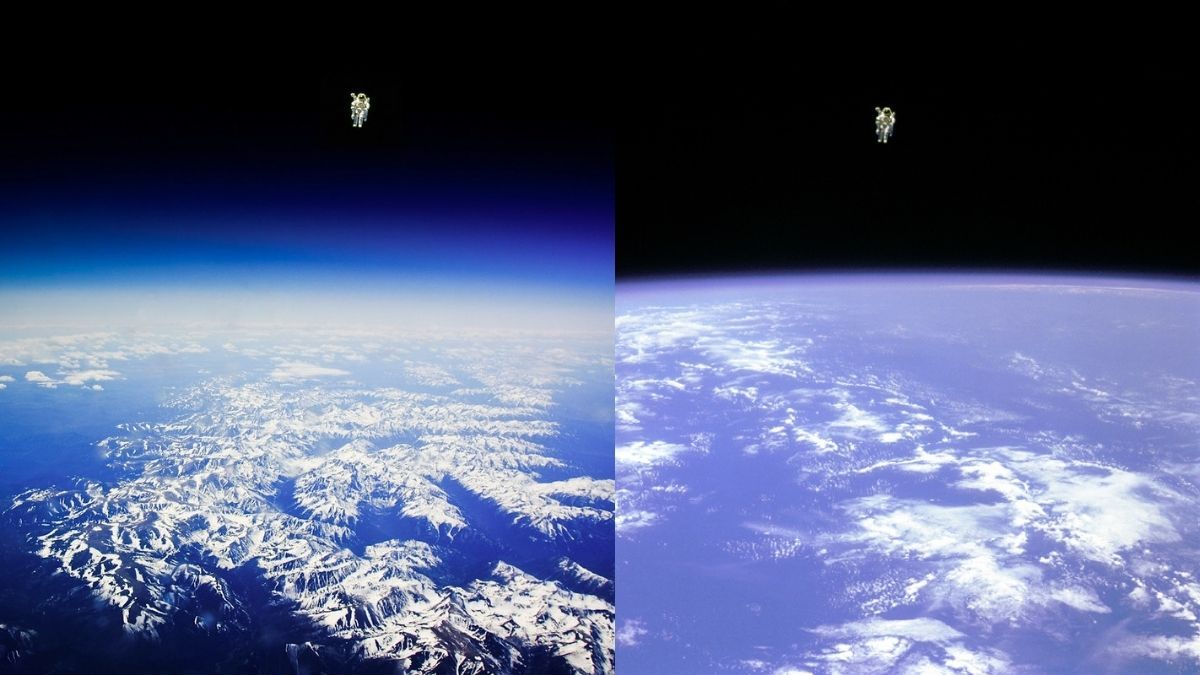 Bruce McCandless II was the first astronaut to perform an untethered spacewalk. While there are genuine photographs of this historic moment, one popular image was digitally edited.

While McCandless II was a real astronaut, and while he truly did perform the first untethered spacewalk, the above-displayed image has been digitally edited.

The above-displayed image has been circulating online since at least 2009 when it was posted to Flickr Tianxiao Zhang. That post was accompanied by a caption explaining that this was a composite image. The top half features a picture of McCandless' spacewalk, while the bottom half comes from a second photograph of an anonymous mountain range:

Today is the 27th anniversary of the launch of space mission STS-41-B, during which astronaut Bruce McCandless performed the first untethered space walk.

I shot the earth part in this photo, Bruce is from this image.

Zhang told USA Today that he "honestly never thought anyone would think this [image] is real." McCandless became the first person to perform an untethered space walk in 1984 when he traveled about 100 meters away from the space shuttle Challenger.

What would it be like to fly free in space? At about 100 meters from the cargo bay of the space shuttle Challenger, Bruce McCandless II was living the dream -- floating farther out than anyone had ever been before. Guided by a Manned Maneuvering Unit (MMU), astronaut McCandless, pictured, was floating free in space. McCandless and fellow NASA astronaut Robert Stewart were the first to experience such an "untethered space walk" during Space Shuttle mission 41-B in 1984. The MMU worked by shooting jets of nitrogen and was used to help deploy and retrieve satellites. With a mass over 140 kilograms, an MMU is heavy on Earth, but, like everything, is weightless when drifting in orbit. The MMU was later replaced with the SAFER backpack propulsion unit.

Here's a video of McCandless from NASA: