A viral meme used wildly inaccurate figures as part of a conspiracy theory about electoral fraud. 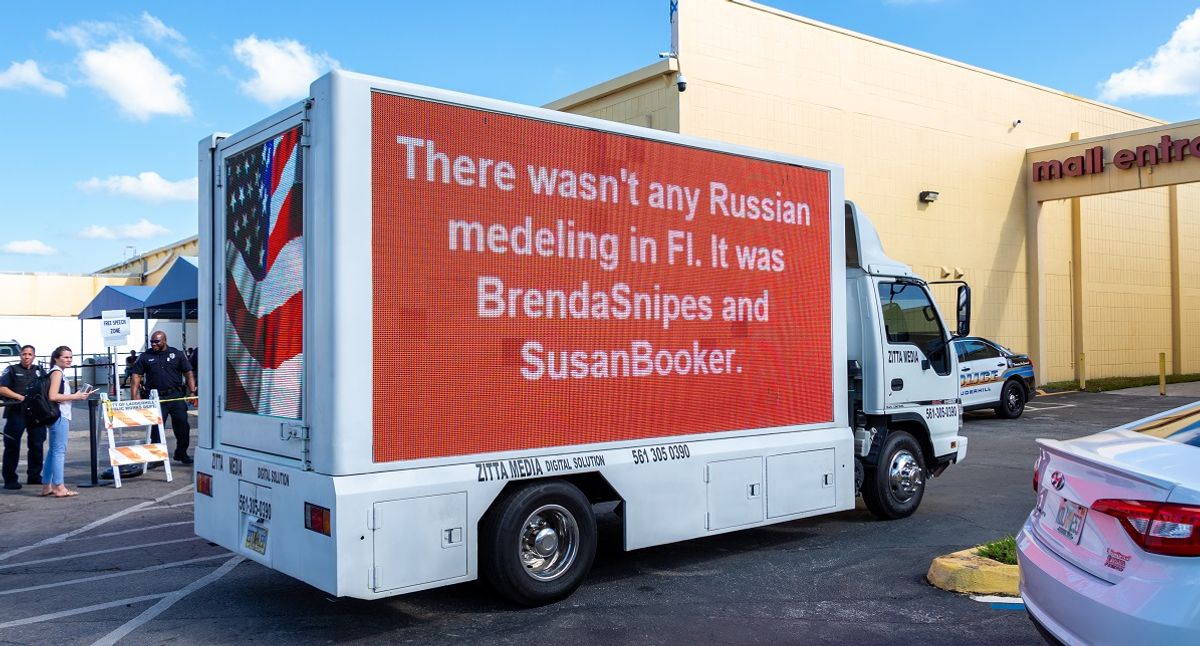 Claim:
The number of ballots cast in Broward County in the 2018 general election was greater than the number of voters registered there.
Rating:

Against the background of a complicated and intensely-scrutinized recount in a crucial swing state, allegations emerged that perceived liberal election officials in Florida were engaged in politically-motivated voter fraud.

A particular target of criticism (not exclusively from conservatives) was Brenda Snipes, Supervisor of Elections for Broward County, whose voting machines were at the center of the 2000 presidential election recount in Florida, one of the most notorious political controversies in modern American history.

In the first days of the 2018 recount, right-wing internet users began to share one particularly striking statistical claim, which was intended to provide evidence of electoral fraud in Broward County: "As of 9/30/18, Broward County Florida had 1,167,982 registered voters. They turned in 1,284,780 ballots. That's 110% participation."

The claim was widely repeated and shared on Facebook and Twitter, with most users explicitly citing the figures as proof of electoral fraud perpetrated by Democrats:

In reality, the claim that more ballots were cast than voters registered in Broward County in the 2018 elections is false, according to official data available on 12 November 2018.

This second component of the meme is false. According to DOE figures, the number of ballots cast in Broward County in the November elections was 714,859 -- drastically fewer than the 1,284,780 claimed in the meme. It's not clear what the source was for the figure of "1,284,780 ballots" in Broward County.

Rather than rendering "110% participation," as some versions of the meme claimed, these official figures actually document a Broward County turnout rate of 60.82 percent, which was actually slightly lower than the statewide turnout rate of 62.5 percent.

The Division of Elections data come from the relevant state-wide authority but are preliminary as of 12 November. This is because the figures do not take into account one very specific type of vote: ballots cast by overseas voters under a 10-day extension.

This provision allows U.S. citizens registered to vote in Florida but located outside of the United States on Election Day to mail in their ballots, provided they are postmarked no later than Election Day. This cohort of ballots will then be counted 10 days later, which in the case of 2018 will be 16 November.

The figures published on the DOE web site do not take these ballots into account and are therefore incomplete. However, the number of "10-day" overseas ballots is vastly unlikely to make any more than a tiny impact on the overall rate of voter turnout in Florida (and by extension, in Broward County).

We know this because an official 2017 report by the Florida Department of State showed that in the 2016 election, Floridians overseas mailed in 77,802 valid ballots, which comprised 0.81 percent of the total of 9.6 million ballots cast throughout the state that year.

Likewise, the recount under way on 12 November could well add somewhat to the voter turnout rate, but election officials would have to suddenly discover 578,000 uncounted ballots in order to achieve the "110% participation" claimed in the meme. We are willing to rule this out as a possibility.

The claim contained in the viral meme that more votes were cast than voters registered in Broward County in November 2018 is baseless and contradicted by the best evidence available.

Florida Department of State.  "Report By the Military and Overseas Voting Assistance Task Force to the Governor, President of the Florida Senate, and the Speaker of the Florida House of Representatives."     June 2017.