Did US Capitol Police Officer Brian Sicknick Die After Hit With a Fire Extinguisher?

The medical examiner ruled Sicknick died of natural causes after confronting rioters at the Capitol. 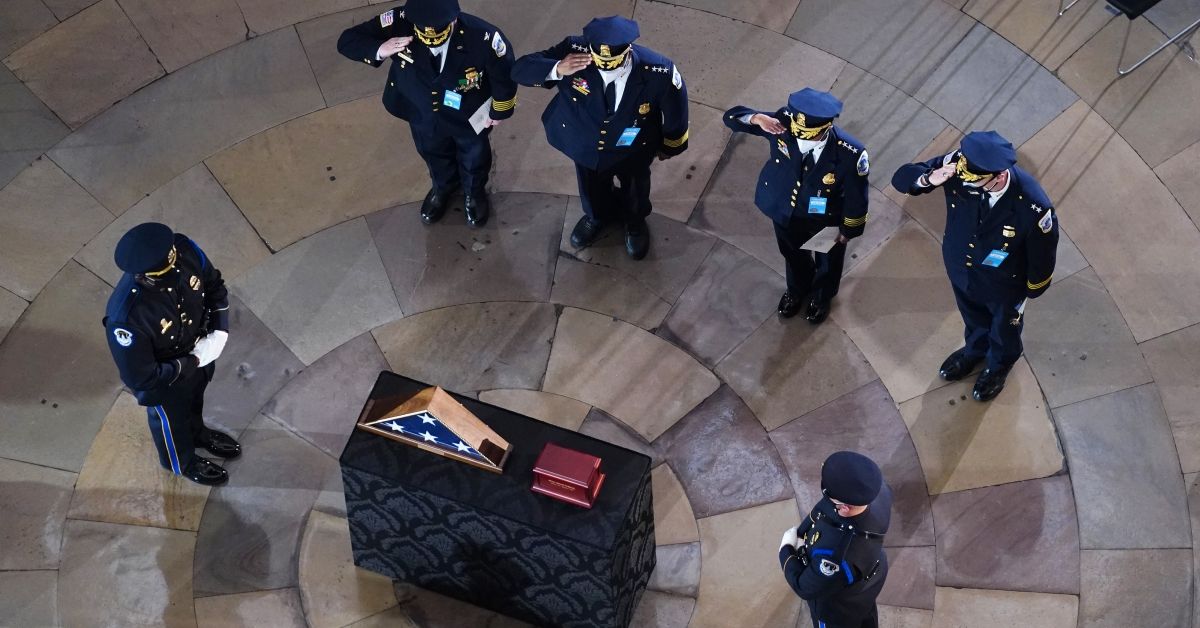 Claim:
U.S. Capitol Police Officer Brian Sicknick died after being struck with a fire extinguisher during the pro-Trump Capitol riot on Jan. 6, 2021.
Rating:

On Jan. 8, 2021, The New York Times reported that U.S. Capitol Police Officer Brian Sicknick succumbed to injuries sustained during his on-duty efforts to protect the Capitol from a violent mob of pro-Trump rioters. The latter stormed the building in an effort to stop Congress from formalizing the electoral win of former President Donald Trump's political rival, U.S. President Joe Biden.

Citing two unnamed law enforcement sources, the Times initially reported Sicknick "was struck with a fire extinguisher," but on Feb. 16, 2021, the Times updated the story to note that those sources may not have provided accurate information, reporting:

But more than three months later, the D.C. Office of the Chief Medical Examiner made public Sicknick's cause of death. The 42-year-old suffered a stroke and died from natural causes.

As the Associated Press reported:

Sicknick was among five people who died after the riot. Two men have been charged with assaulting Sicknick in the melee.

Investigators initially believed he was hit in the head with a fire extinguisher, based on statements collected early in the investigation, according to two people familiar with the case. And they later thought perhaps Sicknick may have ingested a chemical substance — possibly bear spray — that may have contributed to his death.

But the determination of a natural cause of death means the medical examiner found that a medical condition alone caused his death — it was not brought on by an injury. The determination is likely to significantly inhibit the ability of federal prosecutors to bring homicide charges in connection with Sicknick’s death.

Sicknick's death has been a source of confusion and sometimes controversy, as illustrated by the evolution of reports about it.

When the New York Times updated their story that originally reported Sicknick was hit with a fire extinguisher, it resulted in a round of stories about the update, primarily in right-leaning outlets. "New York Times quietly updates story that spread now-debunked claim about police officer Brian Sicknick's death," a headline on the Blaze website reported.

On Jan. 7, Capitol Police had issued a news release stating Sicknick "was injured while physically engaging with protesters, and passed away at 9:30 p.m. the following day "due to injuries sustained while on-duty."

Capitol Police said in that news release that Sicknick collapsed after returning to his division office the day of the assault on the Capitol, then was taken to a local hospital, where he died the following night.

But early on, Sicknick's brother, Ken Sicknick, had told the non-profit news outlet ProPublica that Brian Sicknick's family was informed the officer had suffered a stroke resulting from a blood clot.

Sicknick's wasn't the only law enforcement death that immediately followed the riot. Police were overwhelmed and overrun, and outnumbered officers tried to fend off rioters who were assaulting them from all sides. Roughly 140 police officers were injured, some seriously. Two other officers, Howard Liebengood of the Capitol Police and Jeffrey Smith of the Metropolitan Police, took their own lives in the days following the attack.

The U.S. Department of Justice announced on March 15, 2021, that two men, Julian Elie Khater and George Pierre Tanios, were arrested and charged with counts related to violence at the Capitol including assaulting police officers. The men are accused of spraying three officers, including Sicknick, with an unknown chemical substance.

Updated to note that two men were charged with spraying three officers, including Sicknick, with an unknown chemical substance.

Updated with information from the D.C. medical examiner's office ruling that Sicknick died from natural causes.

Correction: Officer Jeffrey Smith was with the Metropolitan Police, not the Capitol Police.