Was a Breonna Taylor Statue Smashed in Oakland? 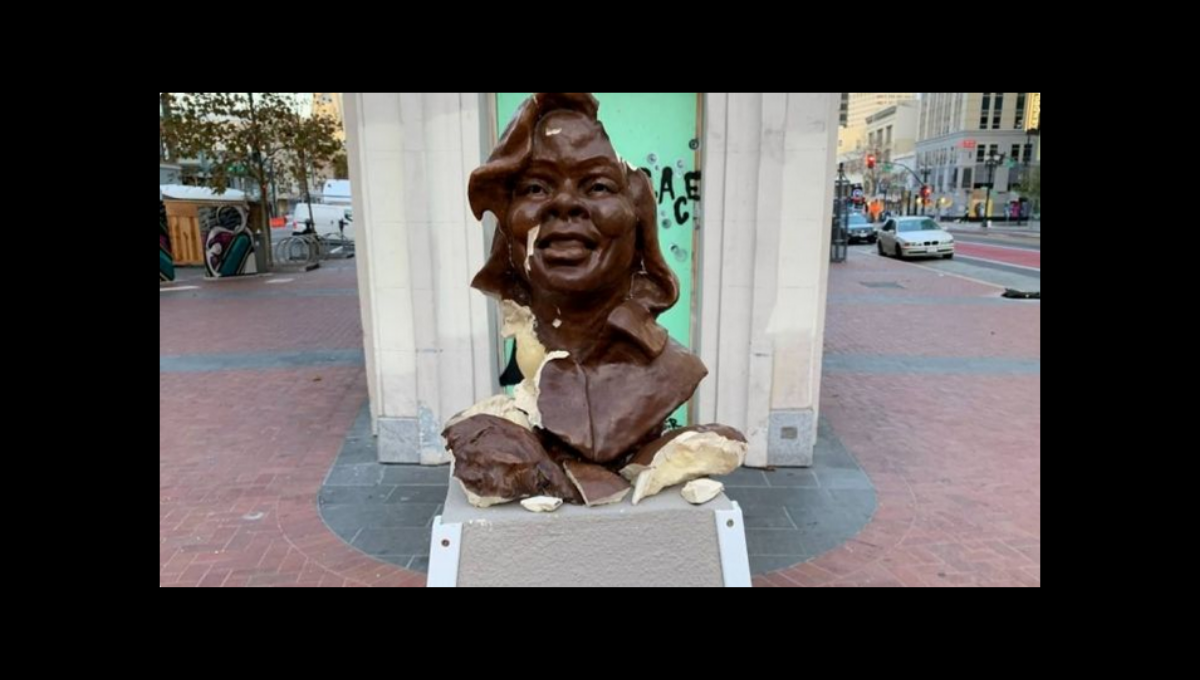 Claim:
In late December 2020, a ceramic bust of Breonna Taylor in downtown Oakland was smashed into pieces.
Rating:

In December 2020, roughly nine months after Louisville police fatally shot Breonna Taylor in her apartment during a botched drug raid, a ceramic artist erected a statue memorializing the 26-year-old Black woman in downtown Oakland, California. But shortly after the bust's installation near City Hall, reports surfaced online alleging a person or group had smashed the sculpture into several pieces. The reports were true.

About two weeks after sculptor Leo Carson of the Bay Area placed the sculpture in the downtown plaza to support the Black Lives Matter movement, the ceramic memorial was found significantly damaged on Dec. 26, and the Oakland Police Department was investigating the vandalism, according to news reports and Carson's posts online.

In an Instagram post and GoFundMe page to fundraise for a new statue, Carson called the damage "an act of racist aggression." After spending months creating this artwork it was incredible to see the community and neighbors taking photos and enjoying it. Now I am devastated and enraged to see it in pieces. This was an act of racist aggression and we need to show them we will not stand for it.

The police department had not identified any suspects nor a possible motive for the destruction as of this writing.

Sharing a news story and Carson's online fundraiser, Oakland Mayor Libby Schaaf denounced the vandalism in a Dec. 28 tweet, writing: "It's a vicious attack against the light + justice sought in Breonna Taylor's name. We will keep moving forward; Oakland will not tolerate acts of hatred."

At the time of this report, Carson's online fundraiser had surpassed its goal of $5,000 for a new bronze statue "to prevent further damage" and claimed to donate the excess funds to Taylor's family.

For a full explanation of the circumstances surrounding Taylor's death, which was at the center of protests against racism and police brutality in summer 2020, see our investigation here.