12-year-old Brent Jones is missing from his Zalma, Missouri, home?

Is BRent Jones missing this mornng from Zalma, Missouri? 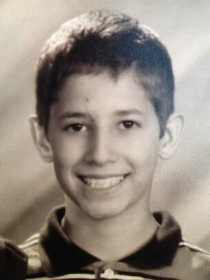 Origins:   According to the Southeast Missourian, 12-year-old Brent Jones went missing from his home in Zalma, Missouri, on 18 December 2012, and was believed to have run away from home:

Jones was reported missing [that] afternoon, but had not been seen since 8:30 p.m. [the previous day], said Jim Bollinger of Marble Hill Search and Rescue.

Jones is a 5-foot tall, white male with a dark complexion. He weighs 90 pounds and was last seen wearing jeans, a dark-colored jacket and lime green shoes.

"He did not come to breakfast, and the mother told the other children to let him sleep," Bollinger said. "He hasn't eaten anything since last night."

Bollinger said this is the third time the boy has run away.

That same source reported he was found the following day:

Search parties were preparing to resume the search Wwhen they received news that Brent had been found. Bollinger County Chief Deputy Jeff Woodard said the child was safe and unharmed. The department said the search was extensive because the boy had "behavioral problems" and authorities worried about the muddy terrain where he was at one point.

Cape Girardeau Police Department spokesman Darin Hickey said a woman recognized Brent at Walmart and called police. Brent had been seen driving a vehicle at Walmart, but Hickey said the vehicle had not been reported stolen.

Juvenile authorities took the boy into custody until they could contact his family.