A report that a woman shot and killed her boyfriend over a prank April Fool's Day marriage proposal was itself a prank. 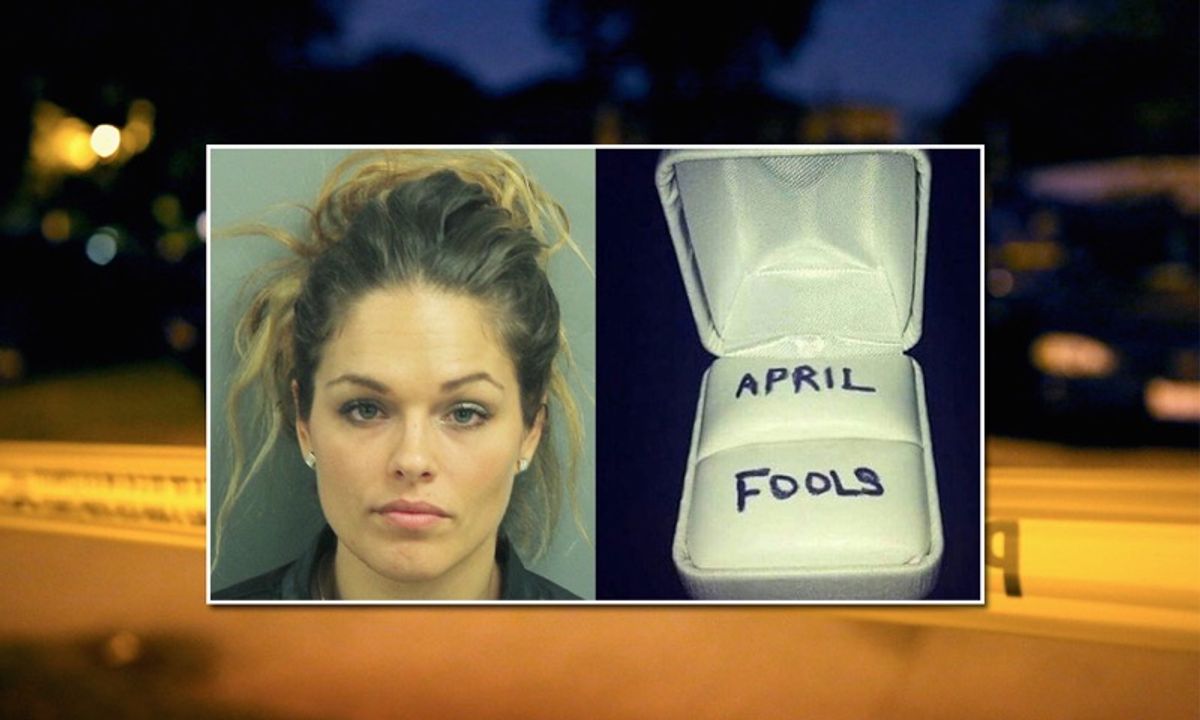 On 2 April 2016, several sites reproduced articles reporting that a New York woman named Lisa Estevez had shot and killed her boyfriend on 1 April 2016 after the marriage proposal he offered to her was revealed as an April Fool's Day prank:

Lisa Estevez, 31, is facing first degree murder charges after she shot and killed Ray Jordan, age 25, in the chest. According to authorities, Lisa shot Ray after an April fools prank had gone terribly wrong. Authorities say Ray, who had been dating Lisa for 3 years, apparently got on his knees and proposed to Lisa, only to them open the engagement ring box and reveal the words "April Fools" written inside with no engagement ring to be found. Lisa then immediately reached for Jordan's firearm, which was laying on the living room couch and shot Jordan once in the chest, killing him instantly.

Authorities arrived to the home when neighbors reported the gunshots. "We arrived at the scene and saw Mr. Jordan's corpse" says NYPD officer James Patterson, "Then I looked to his side and immediately saw the Engagement ring box with 'April Fools' written inside and immediately knew what had happened," finished Officer Patterson.

This item apparently originated with NotAllowedTo, a web site that only publishes fake news stories and includes a disclaimer noting that all content on that web site is for "entertainment purposes only":

The mugshot of the purportedly jilted murderess was taken from an unrelated public arrest notice from December 2015 (not April 2016):

Prior to the prank proposal murder hoax, NotAllowedTo published fabricated claims that Meek Mill's father was Martin Luther King, Jr., that Americans had petitioned to replace the U.S. flag with a rainbow gay pride version, that a Colorado McDonald's had added a pot smoking section, that a young man murdered a female companion over the #WasteHisTime hashtag, that more than a dozen girls were impregnated by a boy who ejaculated in a swimming pool, that McDonald's had admitted to using french fry grease in coffee, and that a serial "booty tickler" was nabbed in Texas.