A severe adverse event occurred during a drug trial in France, but the drug did not contain or involve cannabis (marijuana). 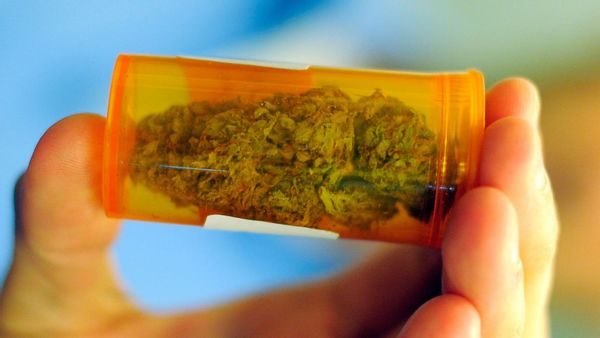 Health authorities in France are investigating adverse effects during a drug trial in January 2016; one patient was left brain-dead and five more in serious condition.

The drug was a cannabis-based painkiller.

Details of the study such as the drug being tested, the circumstances under which the patients fell ill, the cause of the adverse effects observed.

On 16 January 2016, Britain's Sky News was one of many outlets reporting on significant adverse events during a French drug trial:

Five volunteers are seriously ill in hospital after a medical trial at a private clinic in France.

One of the five is described as "brain dead" while the other four are critically ill, according to the newspaper Ouest France.

A sixth person has been taken to hospital, but is not thought to be seriously affected.

The trial is related to a cannabis-based painkiller, according to reports - research led by the UK-based laboratory Biotrial.

On 15 January 2016, Biotrial tweeted a brief statement about the event. However, the research lab made no mention of cannabis:

On 15 January 2016 the English-language French news source TheLocal published an article titled "Botched drugs trial leaves volunteer brain-dead in France." That local reporting included comments from French health authorities who denied the drug in question was cannabis-based, noting that the rumor began in France. Moreover, the outlet stated that the patient reported "brain dead" may actually be in a coma, with a chance for recovery:

Some media reports in France claimed the drug was a cannabis-based painkiller and AFP quoted a source "close to the case" who said the drug contained cannabinoids - an ingredient found in cannabis plants.

However a spokesperson for France's health ministry has told The Local this information is false.

"This medication did not contain cannabis and was not a cannabis-based drug," said Health Minister Marisol Touraine.

According to France's Minister of Health Marisol Touraine the trial has been called off after one person was left brain-dead and five others hospitalised after taking the drugs.

However some reports suggest the victim has been left in a coma, which would mean the brain damage may not be permanent.

Both the BBC and New York Times covered the event; the former included Touraine's remarks, and the latter described the adverse event as an "accident":

Six patients were hospitalized — one of them brain-dead — after a drug trial in northwestern France, the country’s health minister said on Friday.

Marisol Touraine, the minister for social affairs, health and women’s rights, said in a statement that her office was informed on Thursday evening about a “serious accident” that resulted in the hospitalization of six patients at the Centre Hospitalier Universitaire de Rennes, in eastern Brittany.

So while a January 2016 adverse event occurred during a drug trial in France, that event remains under investigation. Moreover, French health authorities have confirmed that the medication in question was not cannabis-based.