A photograph purportedly shows two female fans holding up a risqué sign at a hockey game. 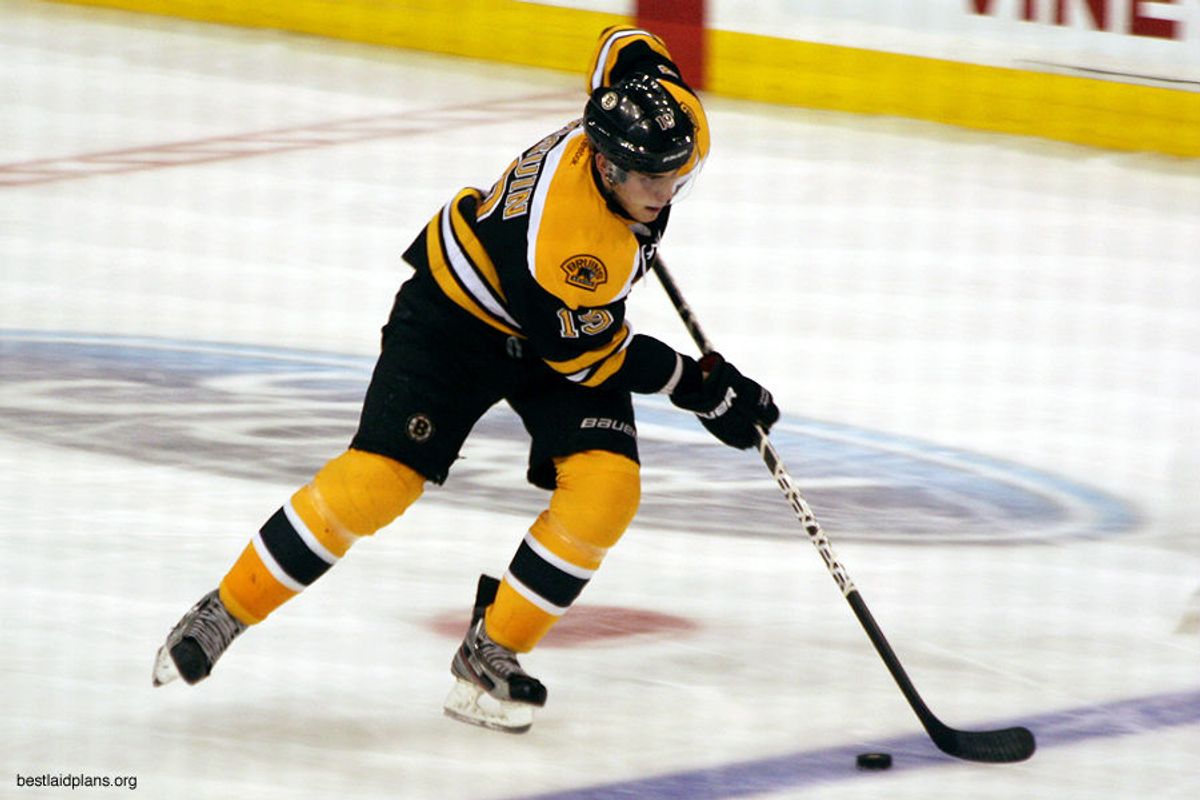 An image purportedly showing two Boston Bruins fans holding a sign claiming that they had once had oral sex with hockey player Tyler Seguin has been circulating online for several years: While the image displayed above has been included on several "funny sport signs" list, it is a product of digital manipulation. The real photograph was taken 31 March 2012, and it shows Seguin skating by two fans holding a sign displaying a (slightly) less crude joke: When these images first received attention in 2012, Seguin commented on both the real photograph and the doctored picture and confirmed that he did not know either of the women holding the sign: