The conservative U.K. prime minister is rumored to have an unusual family history. 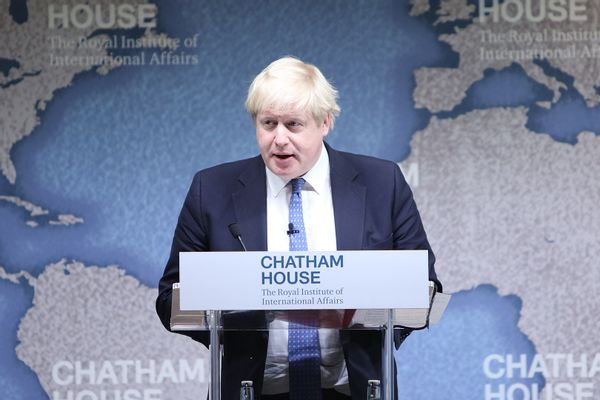 U.K. Prime Minister Boris Johnson has an unusual family history, which many may find surprising. The great-grandfather of the former mayor of London was a Turkish Muslim named Ali Kemal.

Despite his controversial views on Islam and Muslims, and even his past disparaging remarks about Turkey, Johnson was still affectionately referred to as “Boris the Turk” by some Turkish media. A tweet shared by Snopes readers asked us to look into Johnson’s ancestor who led an unusual life and met a violent end. Kemal was a prominent journalist and later a minister in the waning days of the Ottoman empire. He met Winifred Brun, a British woman, during a trip to Switzerland, and they married in 1903 in London. Kemal became a dissident and took refuge in London around 1909 where his son, Osman Wilfred Kemal (Johnson's grandfather), was born the same year. In 1912, Kemal returned to Turkey and left his children in the care of their grandmother.

An ardent monarchist who supported the Ottoman sultan and welcomed the British occupation that helped keep him on the throne, Kemal opposed Mustafa Kemal Atatürk, the general who later created the Turkish republic.

After the Turkish nationalists were defeated in World War I, Kemal was made interior minister in a brand new government. During his short term, he issued orders against Atatürk that the BBC television show "Who Do You Think You Are?" described as a “serious political mistake.” Kemal later resigned from his position and returned to writing articles. He criticized the violent tactics of radical nationalists including political murders. But when nationalists gained power, Kemal became a target.

According to the Turkish newspaper Daily Sabah, Kemal eventually wrote on Sept. 10, 1922, following the liberation of İzmir province from Greek occupation, a piece titled, "We had and still have the same goal," in which he "admitted to being wrong." Kemal was kidnapped on the orders of the new government and brought to Ankara to face a trial of treason. But in November 1922, on the way to his trial, Kemal was lynched by a mob.

Johnson explored his roots in a 2008 episode of “Who Do You Think You Are?,” a show about discovering the ancestors of celebrities, that aired on BBC. In the episode, he visited Turkey, spoke to relatives, and learned more about his ancestor, including that Kemal was a hafiz—someone who had memorized the Quran.

At the 1:20 mark in the video below, Johnson learns from a relative about Kemal’s education at a traditional Quranic school. Johnson says in the clip, “My great-grandfather Ali Kemal could not only read this whole thing, but he actually knew it all by heart. Amazing. I won the scripture knowledge prize!”

While the above tweet claims Kemal was an activist, it would be more accurate to say he was a journalist and later a politician, even though he was very politically active, opinionated, and vocal during the Turkish independence struggle.

According to the creators of “Who Do You Think You Are,” around 1916 they found documentation showing Brun’s mother, Margaret Johnson, tried to change her half-Turkish grandchildren’s names to Johnson, but the reasons were unclear:

We wondered whether Margaret might have wanted to do this because [Osman] Wilfred was growing up during the First World War, when Britain was fighting Turkey as well as Germany, and at a time when a young boy with a Turkish name might have become a target at school and in society. Whatever the reason, this is the moment when Boris's great-great-grandmother, Margaret Johnson, changed the family surname forever. Had she not, the current Mayor of London would be Boris Kemal!

Given the extensive documentation and research around Johnson’s great-grandfather’s story, and that he was a prominent figure in Turkish history, plenty of evidence shows the current U.K. prime minister had a Turkish Muslim ancestor. We therefore rate this claim as “True.”