As a newspaper columnist in the 1990s, Johnson railed against a crackdown on handguns after the Dunblane massacre in which 16 young school children and their teacher were shot dead. 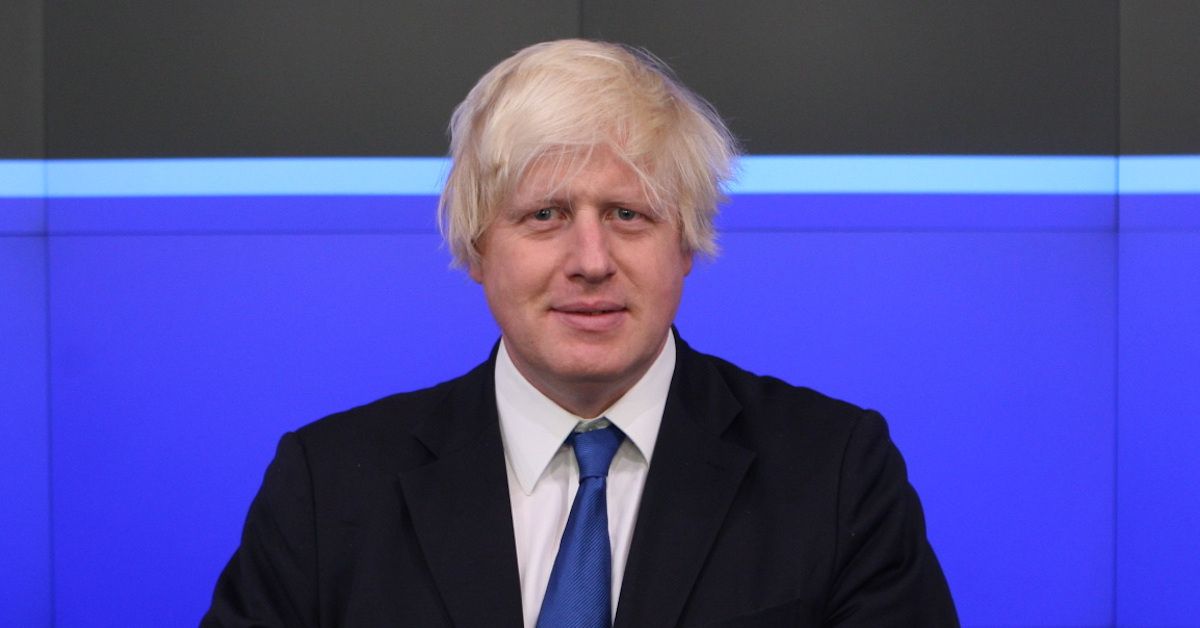 Claim:
In a newspaper column, Boris Johnson once likened British gun control measures to a scheme for "compulsory vasectomy."
Rating:

In March 2021, as the United Kingdom marked the 25th anniversary of the Dunblane massacre, the deadliest mass shooting in the country's history, an old quote resurfaced on social media, in which U.K. Prime Minister Boris Johnson, then a newspaper columnist, appeared to criticize the gun control measures that followed the 1996 school shooting.

In a viral meme, Johnson was quoted as saying of a firearm confiscation scheme that came as the U.K. banned the possession of handguns, "Nanny is taking away their toys," and likening the scheme to compulsory vasectomies:

The Dunblane massacre was 25 years ago today. Seventeen murdered at a primary school near Stirling [in Scotland]. There was an immediate call for a ban on handguns, and people handed them in at police stations across the UK.

At the time a journalist who opposed the ban wrote, "Nanny is confiscating their toys. It is like one of those vast Indian programmes of compulsory vasectomy."

That journalist is now our Prime Minister. The meme was very widely shared on social media in the final days of March 2021, with its spread potentially boosted by the renewed international focus on gun violence that came after a shooting spree in Atlanta and a mass shooting at a grocery store in Boulder, Colorado, on March 16 and March 22, respectively. As an illustration of its popularity, the screenshot below shows instances of the Dunblane meme on Facebook in March 2021: The quotation in question was entirely authentic and came from a newspaper column that Johnson wrote in 1997. As such, we are issuing a rating of "True."

What Johnson Wrote About Gun Control

Before entering electoral politics, Johnson had a successful, albeit controversial career as a newspaper columnist and commentator. On several occasions over the years, Johnson articulated views and used descriptions that were blatantly racist, misogynistic, and homophobic. In 1997, he turned his attentions to gun control, after successive governments from both main parties, Conservative and Labour, passed legislation to ban virtually all handguns.

The impetus for the prohibitions was the Dunblane massacre. On the morning of March 13, 1996, 43-year-old Thomas Hamilton shot dead 16 children aged 5 and 6 years old, along with their teacher, Gwen Mayor, in a gymnasium at Dunblane Primary School in Stirling, Scotland. He later shot himself dead. Hamilton was armed with several handguns. The Dunblane massacre remains the deadliest mass shooting in modern British history.

A large-scale government buyback scheme saw more than 162,000 handguns turned in by January 2000 with £89 million in payments made to former gun owners — the equivalent of around £150 million (or $210 million) in 2021. With that buyback scheme underway, Johnson wrote a Daily Telegraph column lamenting the large-scale confiscation and the crackdown that followed the Dunblane massacre.

The Calgary Herald republished it on Sept. 17, 1997, with the headline "Sweeping ban on handguns penalizes innocent owners." It can be read in full below, including the following particularly notable passage:

The men — and they are virtually all men — come in two at a time. They have aluminium suitcases, safes, plastic bags and set expressions. Nanny is confiscating their toys. It is like one of those vast Indian programmes of compulsory vasectomy. It is as if the state had decided to round up all the model train sets or the stamp collections, an operation causing immense distress to thousands of innocent enthusiasts, and just about as pointless.

Thanks to a sweeping ban on handguns introduced here in the wake of the Dunblane, Scotland massacre of school children last year, law-abiding gun-owners are now handing over their weapons here at a rate of 50 to 60 a day. [Emphasis added].

The quotation included in the widely shared meme was therefore accurate and authentic, word for word. Johnson did indeed lament the gun buyback program in 1997, likened it to compulsory vasectomies, and likened handguns to model trains and stamp collections.

Snopes asked the U.K. Cabinet Office press office whether Johnson regretted those remarks, wished to retract or apologize for them, or instead wished to reiterate or stand by them. We received no response in time for publication.