A fake news story claimed that a "booty tickler" was arrested in Texas, but of course nothing about the story is true. 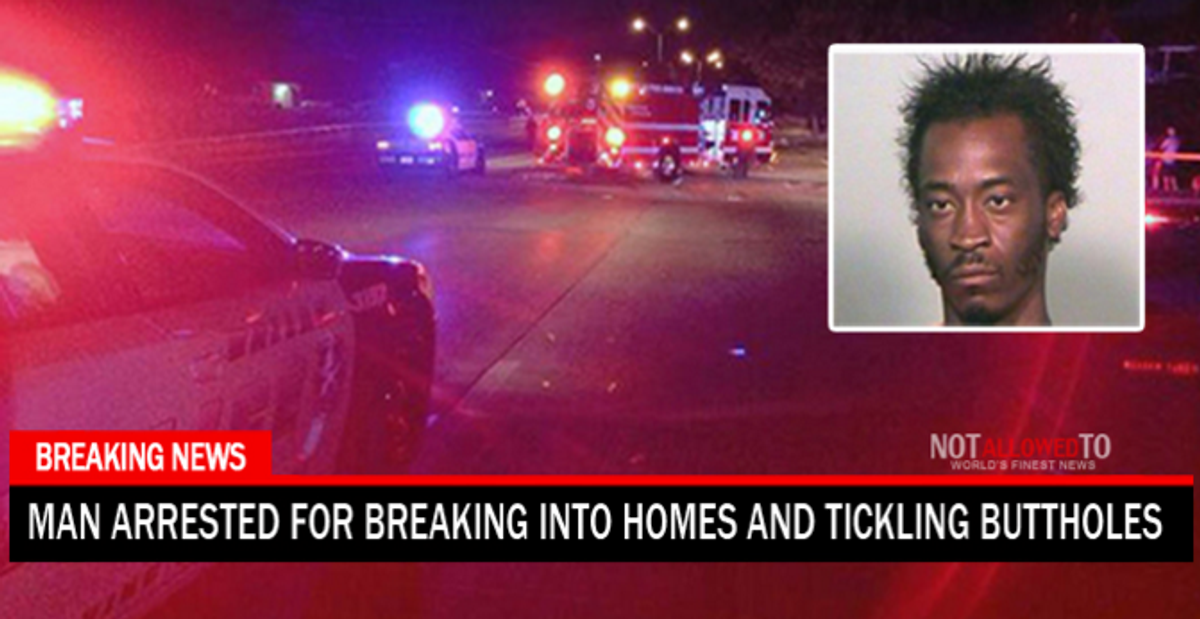 Claim:
A man known as "the booty tickler" was arrested in Texas.
Rating:

In December 2015, the entertainment web site Not Allowed To published a preposterous fake news article claiming that a man known as "the booty tickler" has been arrested in Texas:

The infamous booty tickler who was breaking into homes in Dallas and tickling peoples buttholes while they were sleeping has finally been captured.

The so called booty tickler hit several homes and targeted at least a dozen people before being arrested.

The above-quoted story is a complete work of fiction. Not Allowed To is an entertainment publication that does not publish factual stories:

Notallowedto.com is intented for entertainment purposes only. Our website and social media content uses the most notorious urban and satirical entertainment news with the most shocking headlines and articles.

In addition to the web site's disclaimer, news of the alleged "booty tickler's" arrest has not been covered by any credible publications, and the mugshot attached to the story originated from an unrelated crime that occurred in Oklahoma in 2010.