Was the Body of a Dead Pedophile Dumped in Front of Parliament?

Some fake news sites just can't get over their obsessions with pederasty, likely because it makes for effective clickbait material. 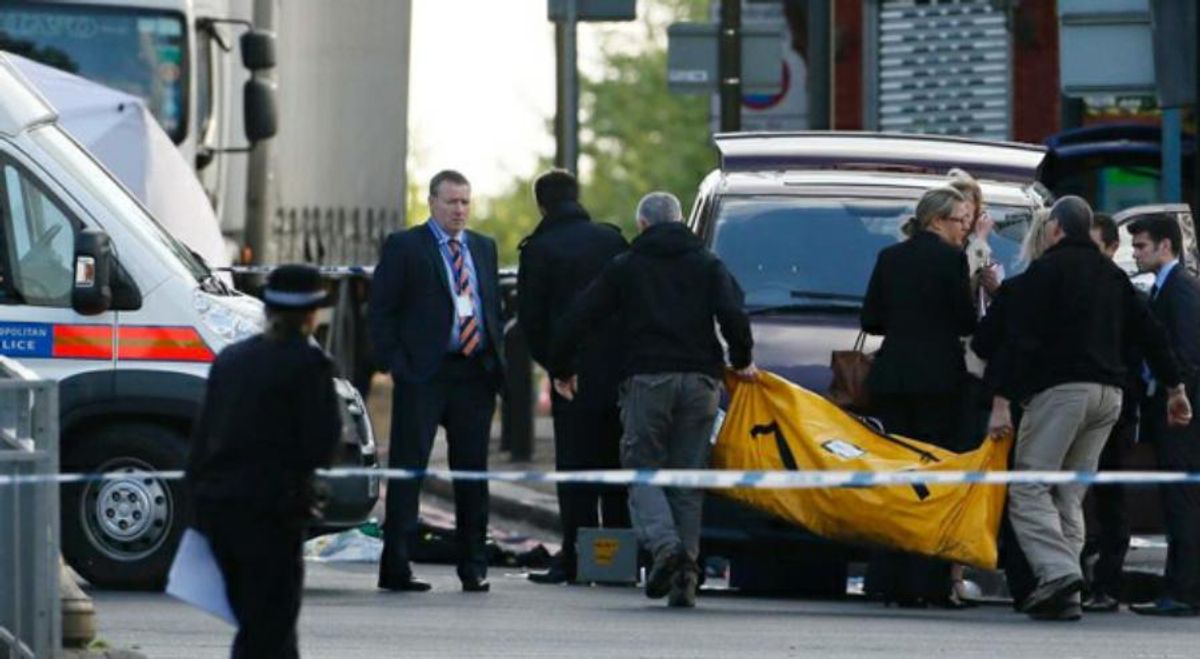 Claim:
The body of a notorious pedophile was found dumped on the doorstep of the British Parliament building.
Rating:

A dead man whose remains were found near Parliament had reportedly been deported from the UK years earlier following a child abuse conviction.

The man's remains had not been "dumped" anywhere, nor were they discovered on the "doorstep of the British Parliament building."

In February 2018, the body of a man later identified as Marcos Amaral Gourgel was found in the Westminster area of central London. News accounts subsequently reported that the dead man had apparently been twice deported from the UK, once following a conviction on child abuse charges, and again after re-entering the country without documentation:

Portuguese government officials confirmed that the man, of Angolan origin, had been deported from the UK twice before in 2014 and 2016.

The Ministry of Portuguese Communities Abroad told Portuguese daily Expresso: “In 2014 he was deported to Portugal by the British authorities and assisted on his return.

“In 2016 we were made aware he had been deported again from the UK for being in the country illegally.”

A few months later, the Neon Nettle web site reported, in their typical sensationalist style, that Gourgel was a "notorious pedophile" who was "killed after being previously banned from country twice," and whose body had been "dumped on the doorstep of the British Parliament building":

The body of a notorious pedophile has been found dumped on the doorstep of the British Parliament building.

The corpse of 35-year-old Marcos Amaral Gourgel was discovered outside the UK Government building in Westminister, London.

The incident was reported to police by politicians making their way into the House of Commons from the nearby Westminister tube station.

Although it initially appeared to be a tragic accident, it was only later realized that Gourgel was a serial child abuser who was known to the British authorities.

Nearly all of this detail was fabricated embellishment on Neon Nettle's part. Although Gourgel's body was found near parliament, it had not been "dumped on the doorstep of the British Parliament building." Gourgel was homeless at the time of his death, and he passed away in Westminster Tube station — his remains were not "dumped" anywhere, nor were they discovered on any "doorstep." Moreover, authorities stated that his death was not considered a "suspicious" one:

The former model from Portugal who was found in Westminster underground station has been confirmed as 35-year-old Marcos Amaral Gourgel.

He was a regular at an emergency shelter run by central London homelessness charity The Connection.

Pam Orchard, the charity's chief executive, said: “These tragic deaths are not just statistics. Everyone who is homeless is someone's son or brother or dad.”

Scotland Yard said the death is being treated as unexplained, but not suspicious.

Scotland Yard and the Home Office were unable to comment on the allegations of child sex offences.

Neon Nettle is a fake news site with a particular focus on reporting made-up and exaggerated clickbait stories about pedophiles. This report about Marcos Gourgel was a near-duplicate of a previous article from the same site that similarly falsely claimed a dead "pedophile" had turned up on the doorstep of a building connected with legal authority.