Security footage of a bobcat attacking two people as they were getting in their car appeared to coincide with sheriff's reports of a rabid bobcat in the area. 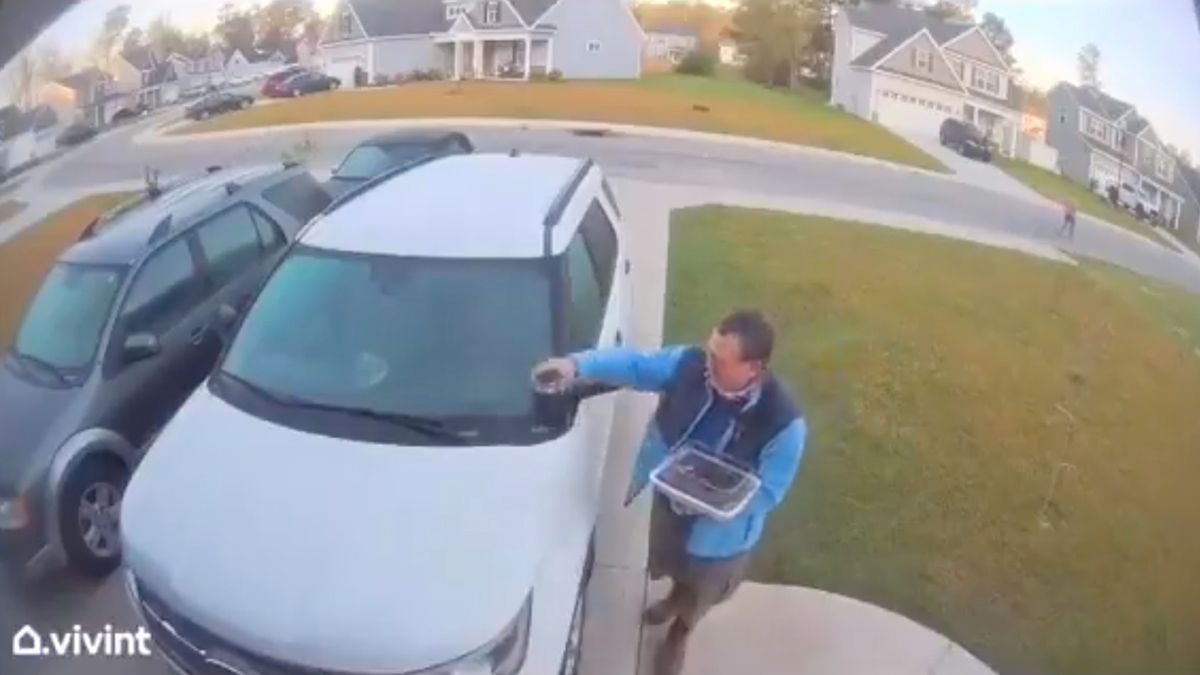 Claim:
A video showed a bobcat attacking a man and his wife in Burgaw, North Carolina.
Rating:

On April 15, 2021, a video went viral that purportedly showed a bobcat attacking a husband and wife in their driveway. The video appeared in a tweet and was shared hundreds of thousands of times. Three days earlier, a sheriff's office in North Carolina had posted a notice about a bobcat attack. We wondered if the video and notice referred to the same bobcat incident.

The viral video of the bobcat attacking a man's wife might have originated on TikTok. However, it was on Twitter that it received more than 10 million views.

A number of national news publishers that reported on the video appeared to simply describe the moments shown in the brief clip. Many of these stories went on to provide general information about bobcat behavior, and little else.

Here's what we found in the course of our research.

On April 12, the Pender County Sheriff Facebook page published information about a recent bobcat attack. At the time, the viral video had not yet been posted on Twitter. The question was whether the message from the sheriff's page and attack video referred to the same incident, something not initially explored by some of the news coveraage.

"On April 9, 2021, a bobcat was killed in the area around Creekside Subdivision in Burgaw," the sheriff's post read. "It was submitted for testing at the NC State Laboratory and our department has been notified this bobcat was positive for rabies."

At the time, the sheriff's message was reported by local news. For example, WECT-TV published that Pender County officials were "urging owners to get their pets vaccinated after a rabid bobcat was killed last week."

We reached out to the Pender County Sheriff's Office to ask about the video that appeared to have been posted days after their announcement. However, we did not hear back by the time this story was published.

In order to be able to link the Pender County incident to the viral video, we performed a simple Google search.

The Facebook post from the Pender County Sheriff's page mentioned the "Creekside Subdivision in Burgaw." We looked up Creekside Burgaw. This search resulted in pictures of homes from the private subdivision Creekside at Burgaw. The photographs of homes matched houses seen in the background of the viral video.

We then looked at satellite imagery and found the exact location where the bobcat attack occurred. According to Google Earth Pro, several large sections of forest surround the subdivision. According to National Geographic, bobcats are nocturnal and rarely spotted up close by human beings. A rabies infection would help explain why, in this case, the bobcat was not only out in daylight, but went on the attack. The subdivision where the bobcat attack occurred is surrounded by several sections of forest. (Courtesy: Google Earth Pro)

In sum, it's true that a video showed a bobcat attacking a husband and wife in Pender County, North Carolina. Further research linked news stories from prior to the viral clip's release to the video.