Is the 'Blue Bow' Trout Real?

Is an image of a new type of trout genuine, or is it just another fish story? 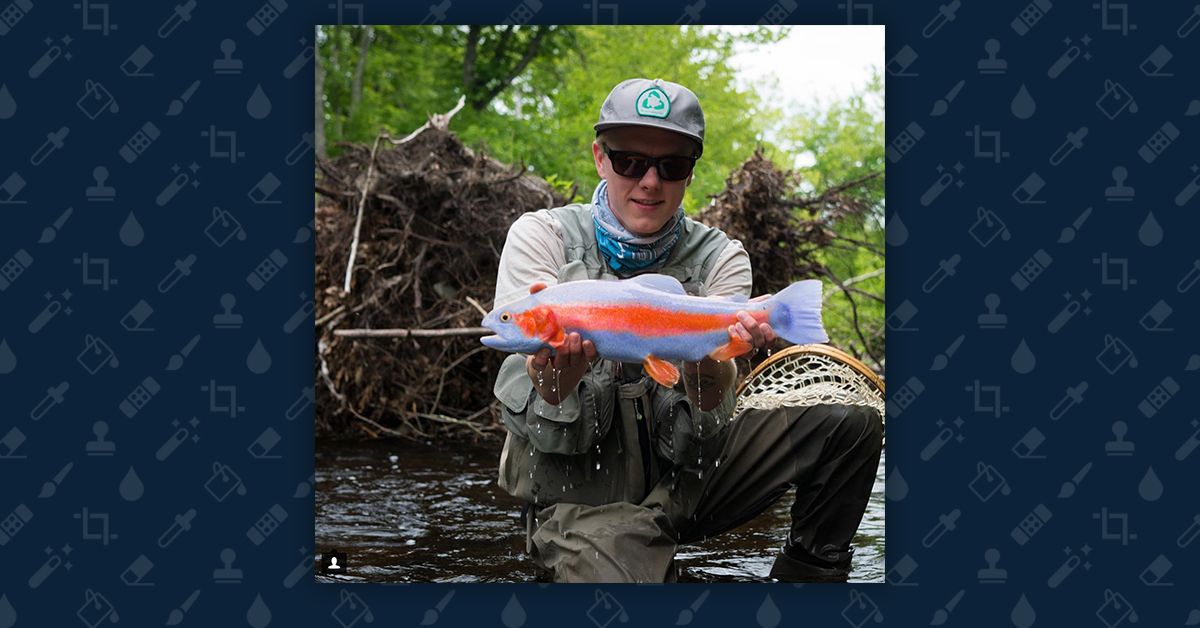 On 8 May 2018, a convincing image of a brightly colored fish was posted to @trout_row's Instagram page, along with a message claiming that it was the first "blue bow" trout to be caught in Pennsylvania: Bryan was lucky enough to have caught the first documented “Blue Bow” A new hatchery strain that is bred just like Palominos, but isolating a different pigment that causes a light blue Hue. This is the same method used to breed blue crayfish, a popular tank critter. Super honored and jealous to have witnessed this. #flyfishing #fishing #bass #bluebow #catchandrelease #pennsylvania

Many viewers readily believed that the bright blue fish was real, but some questioned whether this "blue bow" trout may have been pulled not from a river, but from a computer program.

One potential hint that the coloration of this trout is less than authentic can be glimpsed in the fisherman's sunglasses. Although it isn't a smoking gun per se, it appears that the true color of the fish (which is either brown or orange), can be seen in the reflection: As we said, the reflection alone is not enough evidence to debunk the so-called blue bow trout. After all, blue trout (although possibly not this brightly-colored) are not unheard of.

But when we reached out to @Trout_row to ask about his once-in-a-lifetime catch, he confirmed that it was all just a trout troll:

Yeah it's photoshopped, but it sure created a buzz.... all for fun.

The @Trout_row Instagram page is full of photographs of genuine trout, but this one is just a fish tale.