Is the Bloody Mary Story True?

Will chanting 'Bloody Mary' 13 times in front of a darkened mirror summon a vengeful ghost? 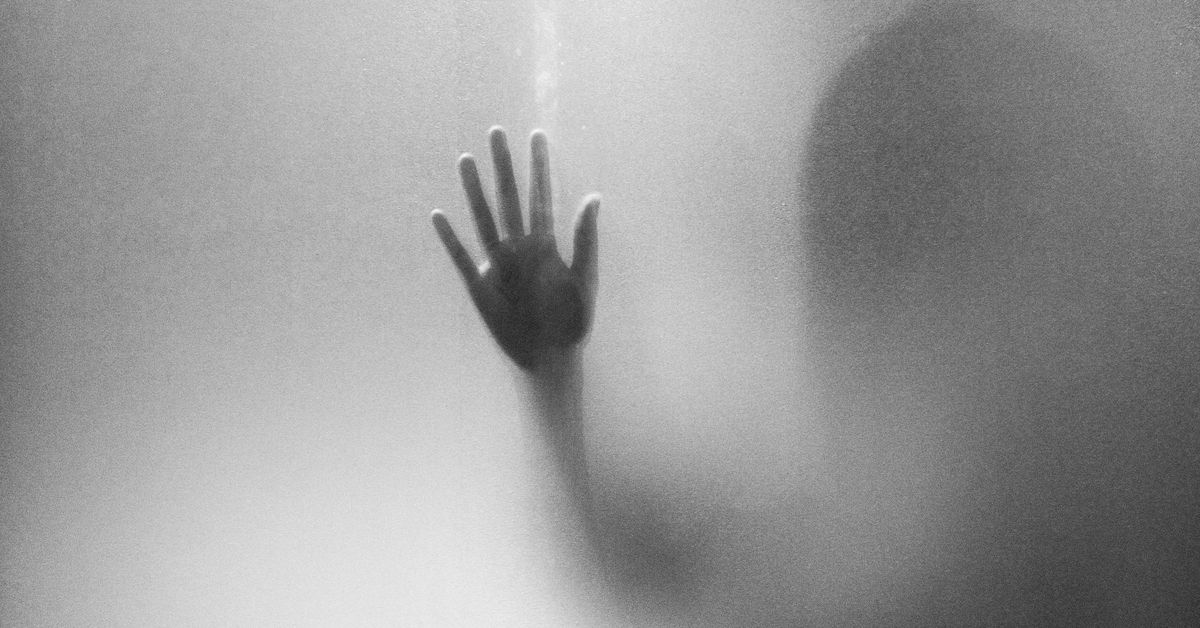 The research into Bloody Mary goes back to 1978, when folklorist Janet Langlois published her essay on the legend. Belief in summoning the mirror-witch was even at that time widespread throughout the U.S.

Mary is summoned whenever squealing girls get together for a sleepover, but boys have been known to call on her too. (The 'Bloody Mary' legend was common when I was a kid in the early 1970s. We typically performed the "ritual" in bathrooms, because the bathrooms of our suburban homes had large mirrors and were easily darkened even during the day since they had no windows. A familiar 'Bloody Mary' story was one about a girl who supposedly ended her incantation with a spiteful "I don't believe in Mary Worth," then tripped over the doorjamb while exiting the bathroom and broke her hip.)

If you go into the bathroom and look into the mirror with the lights off and the room completely black, and then say 'Bloody Mary' thirteen times, a woman will appear and scratch your face up/off.

I was told that if you said "Hell Mary" seven times in front of a mirror in a dark room, you would see Satan's image in the mirror. The story was embellished further by the teller, who claimed that after three "Hell Mary", the mirror turned red, and that after five an unclear face appeared.

Here's how I always heard the story. You go into a room with a mirror and turn all the lights off (this works well in a bathroom). You begin, in a whisper, to chant "bloody mary. bloody mary, Bloody Mary", as you continue to chant your voice should grow louder and louder into a near scream. While you are chanting you should be spinning around at a medium rate and taking a glimpse in the mirror at each pass. Near the 13th repetition of the words . . . "she" should appear and...?

A frend of mine said that her roommate tried this and ran out screaming from the bathroom. She was shaking and appeared genuinely terrified and refused to talk about the incident, but those who were around her when she came out noticed that her clenched fingers were covered in blood.

Mary is said to be a witch who was executed a hundred years ago for plying the black arts, or a woman of more modern times who died in a local car accident in which her face was hideously mutilated.

Some confuse the mirror witch with Mary I of England, whom history remembers as "Bloody Mary." An expanded version of that confusion has it that this murdering British queen killed young girls so she could bathe in their blood to preserve her youthful appearance. (That legend more properly attaches to Elizabeth Bathory, a Hungarian countess who lived from 1560 to 1614.)

Mary I of England (1553-1558) was anything but a famed beauty terrified of losing her looks — she was a matronly, fortyish woman who had about as much sense of style as a dust mop. The idea of her bathing in the blood of slaughtered virgins to preserve her loveliness is ludicrous. She came by the moniker "Bloody Mary" because she had a number of Protestants put to death during her reign, as she tried to re-establish Catholicism as the religion of the land after the reigns of her father (Henry VIII, he who married six wives over the course of his lifetime and established himself as the head of a new religion rather than tolerate the Pope's saying he couldn't divorce wife #1 to marry wife #2) and her brother (Edward VI, who ruled after Henry died but passed away himself at the age of 16). Mary was a devoutly religious woman who saw what she was doing as the saving of her subjects' souls from eternal damnation, and in those times — as crazy as this sounds now — the eternal wellbeing of a soul was deemed far more important than the comparatively fleeting life of a person. That bringing the country back to Catholicism would also safeguard her throne was also a major consideration.

Mary I was the half sister of Elizabeth I (1558-1603). Both were daughters of Henry VIII, but Mary's mother was Katherine of Aragon and Elizabeth's mother was Anne Boleyn. Elizabeth I became Queen upon Mary's death. During her reign, Elizabeth returned the country to Protestantism and in the process ordered the deaths of at least as many of her subjects as her half-sister did during her time on the throne, yet she earned the sobriquet "The Virgin Queen" (she never married) rather than any version of "Bloody Elizabeth."

Some muddlings of this "murdering queen" variant claim that Mary, Queen of Scots (1542-1567) is the "bloody Mary" of mirror summonings. Though this Mary was indeed a vain and foolish woman, history does not know her as a murderous one. (Well, she did have a hand in doing away with a husband. But she didn't go after her subjects en masse, as did Mary I of England.)

So, although there was a British queen known as "Bloody Mary," no connection between her and the mirror witch has surfaced, save for their both having the same name. Likewise, the "Mary Worth" appellation of the malevolent apparition doesn't appear to be drawn from the lead character of a popular comic strip of the same name. In lore, as elsewhere, coincidences occur.

Why would otherwise rational youngsters want to risk setting a murderous spirit on the rampage? Gail de Vos offers the following explanation:

So why do children continue to summon Bloody Mary, flirting with danger and possible tragedy? The ages between 9 and 12 are labeled "the Robinson age" by psychologists. This is the period when children need to satisfy their craving for excitement by participating in ritual games and playing in the dark. They are constantly looking for a safe way to extract pleasure and release anxiety and fears.

It's possible these "mirror witch" games have their roots in oldtime divining rituals involving unmarried girls and future husbands. There are a number of variations of these divinations, some involving chanting a rhyme in a darkened room on a special night and then quickly looking in the mirror to catch a glimpse of the bridegroom-to-be.

The concept of mirrors as portals between this world and the realm of spirits shows up in other beliefs, namely those surrounding funerals. It was common practice to cover mirrors in a house where a death had occurred until the body was taken for burial. (Back in the days before funeral homes, corpses were washed by the deceased's relatives, dressed in their funeral finery, and laid out in coffins in the front parlor. Consequently, the dead would be in the house for days.) It was believed if the dear departed caught a glimpse of himself in a mirror, his ghost would remain in the house because the mirror would trap his spirit.

Sightings:
The villain in the 1992 film Candyman is summoned by chanting his name into a mirror. In the 1998 movie Urban Legend, two co-eds try to summon an evil spirit by chanting 'Bloody Mary.' In an episode of television's The X Files ("Syzygy," original air date 26 January 1996), two teenage girls lure a rival for a boy's affections into the bathroom — and a "Bloody Mary" ritual — during a birthday party. They prevent her from leaving the bathroom, and the camera cuts to the rest of the partygoers downstairs, who hear a crash of breaking glass and a scream.