It supposedly happened at a night club in Amsterdam. 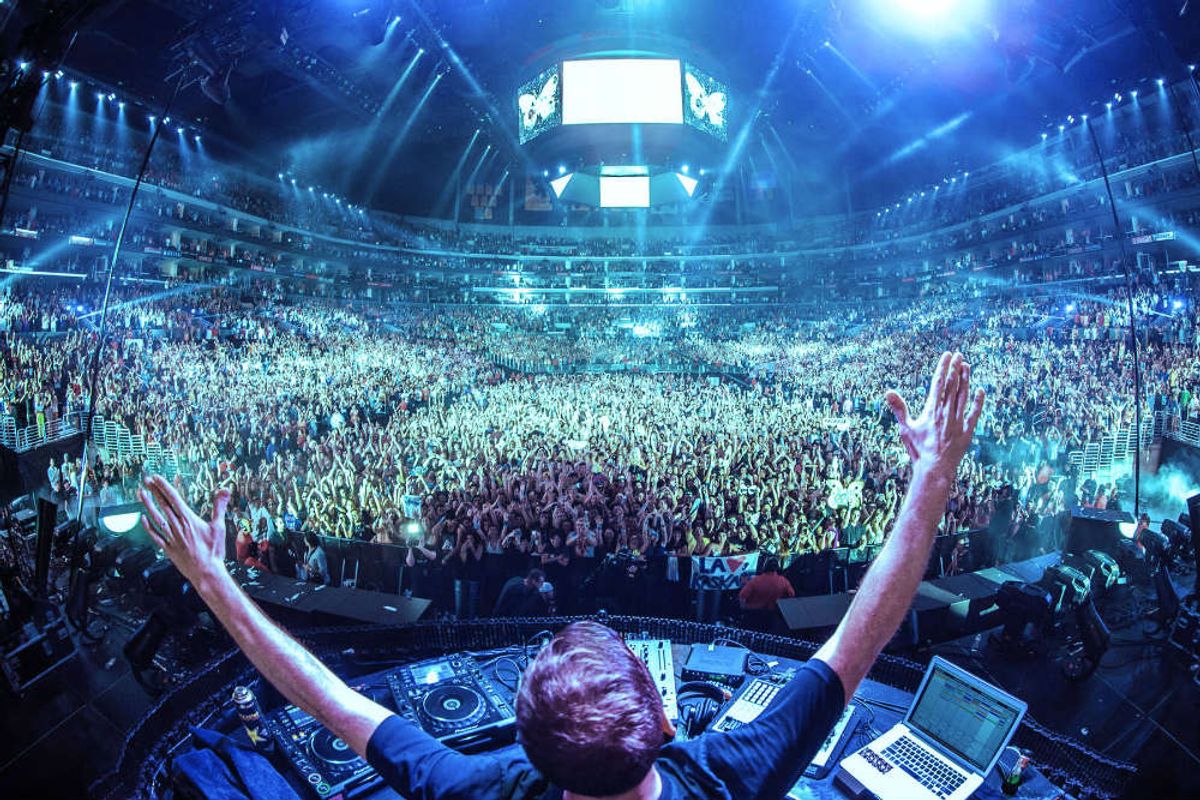 On Oct. 3, 2016, a website called That Viral Feed published an article reporting that a nightclub in Amsterdam was hosting a "Blood Rave" on Halloween, and that the event would include the dumping of real blood on clubgoers:

A nightclub in Amsterdam is getting ready to host the world’s first ‘blood rave’ this Halloween, with real blood! According to media reports, Dutch partygoers will be sprayed with gallons of blood from an overhead sprinkler system, based on the opening scene of the 1998 vampire film Blade.

The event’s official Facebook page states: “Blood Rave is a night-life community for likeminded individuals, on a discrete location in Amsterdam.” It also lists a link to an intro video (the scene from Blade), and another link to purchase tickets.

This story was wrong on numerous accounts.

An event called a "Blood Rave" actually occurred in 2015, but it didn't feature the use of real blood, though organizers at the time were less than clear about the details of the event and led several publications to run stories implying that real blood would be sprayed on clubgoers. For example:

The Netherlands will have its first ever “Blood Rave” — a dance party where dancers are sprayed with 5 thousand liters of blood — in Amsterdam on Halloween night.

The event has been posted on Facebook, but with no specifics except for the date — October 31st — so far. A total of 728 guests have indicated that they are going.

One of the organizers, who want to remain anonymous due to the nature of the event, told the AD that this is will be the first blood party in the world and the demand for it is high.

The event's organizers later released a statement clarifying that the "Blood Rave" would employ synthetic blood, not real blood:

“Halloween is traditionally a day on which people frighten each other in a fun way, and that was also the intention of the organization. The use of real blood is dangerous for the health as well as unethical, we would never do anything that puts health at risk. Although most ticket holders understood the joke, we found it necessary to release a statement.” the organizers write on the Blood Rave Facebook page. “The organization will with ‘synthetic blood’ in its sprinkler system ensure the ultimate Halloween-experience.”

The "Blood Rave" was inspired by the opening sequence of the vampire movie Blade. While the event in Amsterdam was billed as the world's first, similar events took place across the globe, such as the "Blade Rave" at Comic-Con in New York in 2015 (an event that also used synthetic blood).