The origins of a 2016 edited video claiming to show black protesters hunting down and beating whites in Milwaukee are murky. 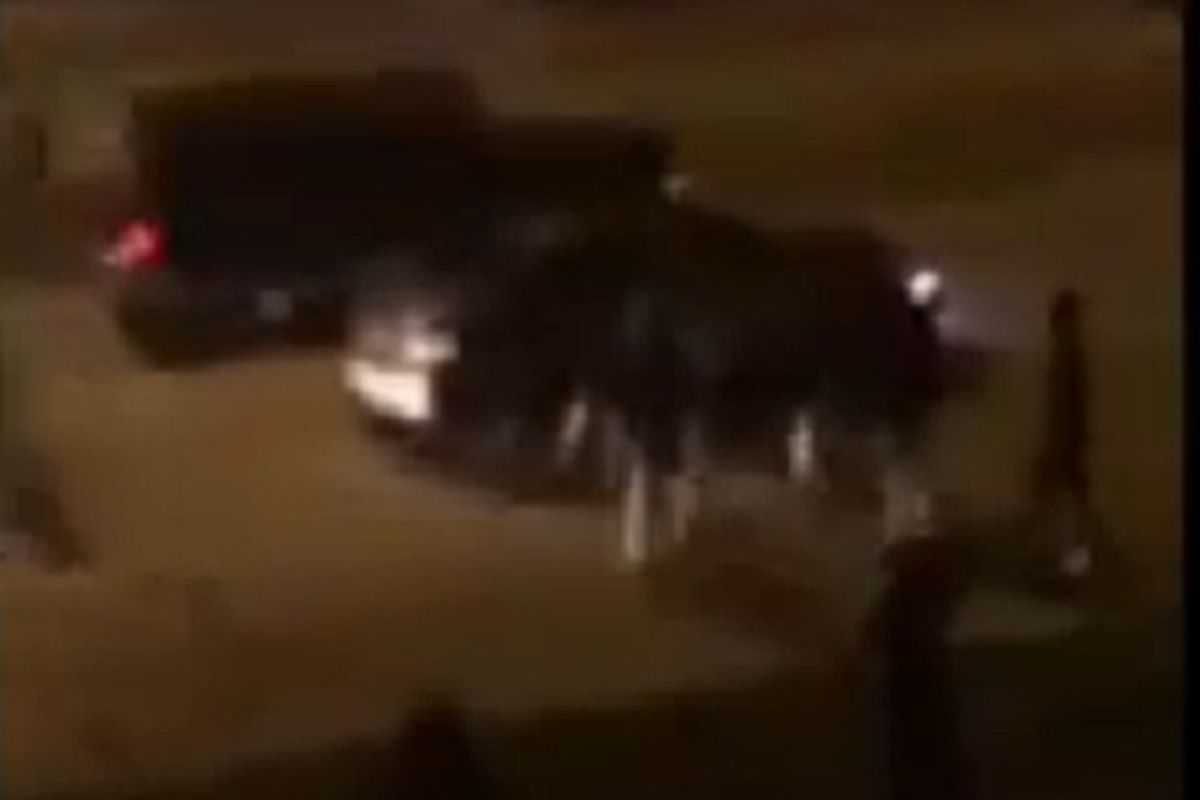 Claim:
A video captures African-American protesters targeting white people for mob violence during unrest in Milwaukee over the weekend of 13 August 2016.
Rating:

A Facebook Live video taken on the night of 13 August 2016 in Milwaukee shows African-American protesters talking about attacking white people.

The video was falsely edited at the end to make it appear protesters had physically attacked someone.

A video posted on 14 August 2016 by a writer for conspiracy-monger Alex Jones' web site, Prison Planet, purports to show African-Americans in Milwaukee targeting white people and physically attacking them during protests over a fatal police shooting in that city.

The writer, Paul Joseph Watson, reported that the depicted incident took place overnight on 13 August 2016, when violence broke out in the Sherman Park neighborhood of Milwaukee after a police officer shot and killed Sylville K. Smith. Police claim Smith was armed and fled on foot after a traffic stop.

A nearly 30-minute video from the incident shows protesters destroying a bus stop and breaking a traffic light. The video was posted to Facebook Live by a social media user with the screen name Flex Boy Jay and depicts a chaotic scene that at times includes the sound of gun fire. Toward the end of the video, the subjects captured therein begin saying they are "beating up every white person," but while they seem to approach people they have singled out, they are not seen on camera physically attacking anyone.

The version shared by Watson and other conservative news blogs was heavily edited to just under two minutes, and at about the 1:30 mark that truncated version cuts to a scene that was not part of the original video. In that section, a woman standing off-camera can be heard saying, "I think they just beat some white b*tch ass." That portion was shot from above and shows a group of people gathered around a dark-colored car, but because of the poor video quality it is hard to discern what is actually happening.

The weekend protests were chaotic and violent, marked by arson and demonstrators' throwing objects at police officers. One 18-year-old was injured by gunfire and taken to the hospital, and multiple police officers were struck by thrown objects, but no mainstream news sources have reported injuries among whites who were targeted for their race and beaten.

Milwaukee Fire deputy chief Terry Lintonen told us he has not received reports of any such incident. Milwaukee Police spokesman Sgt. Timothy Gauerke told us, "I am unaware of any racially motivated battery or other violent crimes recently in Milwaukee."

Milwaukee police also did not log any incidents of white people being singled out and attacked on their Twitter account, where they regularly posted updates during the weekend's unrest. The Facebook video, however, indicates no officers were in the immediate area while it was being shot.

After we sent him the edited video, Milwaukee city spokesman Dustin Weis told us that officials didn't have any information about white people being targeted:

[W]e are unaware of any official reports of the behavior you described, and which is purported to be shown in these videos.

Absent any official reports of these incidents, we are not in a position to confirm the origin of these videos. Based on our analysis of the videos, we cannot say for certain that they were taken in Milwaukee on the night in question. The video quality is too poor to discern street signs, landmarks or even license plates, and we are unable to verify by any means when they may have been taken.

He also cast doubt on the claim that the people responsible for violence were affiliated with the Black Lives Matter activist group:

A number of the websites that have posted this video have identified them as such. However, while “Black Lives Matter” protestors participated in the nonviolent protests that led up to the violence Saturday, the reports that we are aware of attribute the violence to a smaller number of disruptors unaffiliated with the peaceful protestors.

The controversial video was posted to Twitter and was also embedded in the InfoWars blog post. But Watson, the writer of that blog post, did not explain where it came from or who shot it, and in his write-up he quoted the portion of the video that had been falsely edited in:

The footage appears to show the mob attacking cars and trying to drag out the drivers.

The footage then cuts to an upper floor window before the person shooting the video states, “I think they just beat some white bitch ass for no reason — they bust open the window.”

The web sites that reported the video's claimed origins as fact for the most part linked to Watson's Twitter page, where he had posted the edited version (as opposed to the original, full-length video) on 14 August 2016. The edited video appears to have first been posted to LiveLeak, where a user claiming to have been its creator says he/she originally uploaded it to the message board 8chan:

I was the original creator of this and uploaded to 8chan. Infowars picked it up and it's viral. Posting here because of interest

That user also did not say where the footage came from. 8chan has been described as a "lawless" image board and has been at the heart of controversies over online harassment and site hosting child pornography.

The unedited, full-length video can be viewed here: