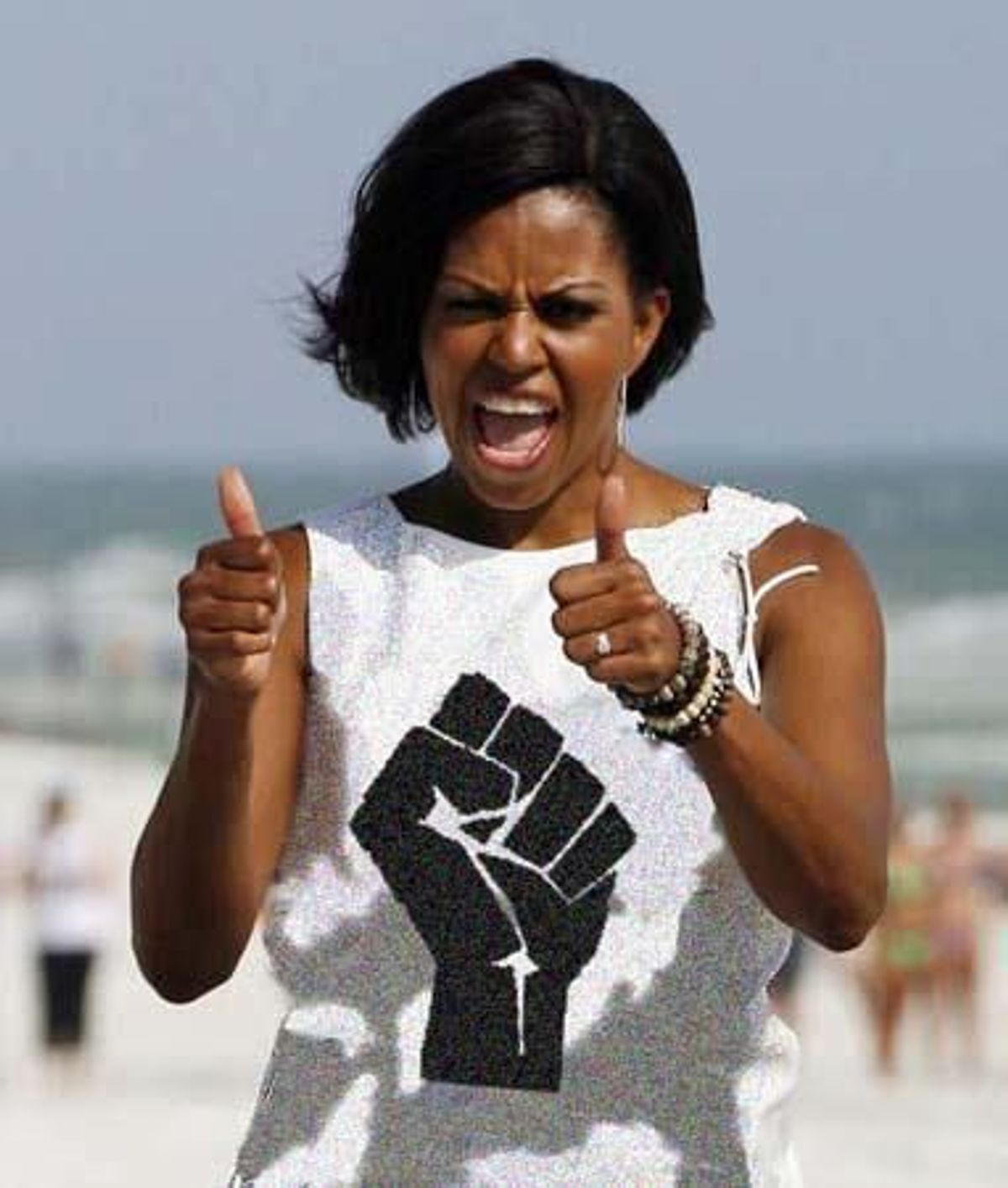 While the exact origin of the above-displayed image is uncertain (the earliest iteration we've uncovered so far was posted to the web site Rump Roast in 2010), it is clearly a digitally altered version of an otherwise innocuous photograph.

The original picture was taken during the First Lady's visit to the Gulf Coast after the Deepwater Horizon oil spill in 2010. At the time, some publications criticized the first lady for wearing what resembled an "oil spill" shirt: A Getty Images photograph from the same event shows Michelle Obama's shirt from another angle (as well as other women wearing somewhat similar black-and-white patterned garb):

This isn't the first time that a fake image supposedly documenting the Obamas' alleged affinity for the Black Panther party has circulated online. In September 2009, another manipulated photograph purportedly showing a young Barack Obama posing as a Black Panther made the Internet rounds.