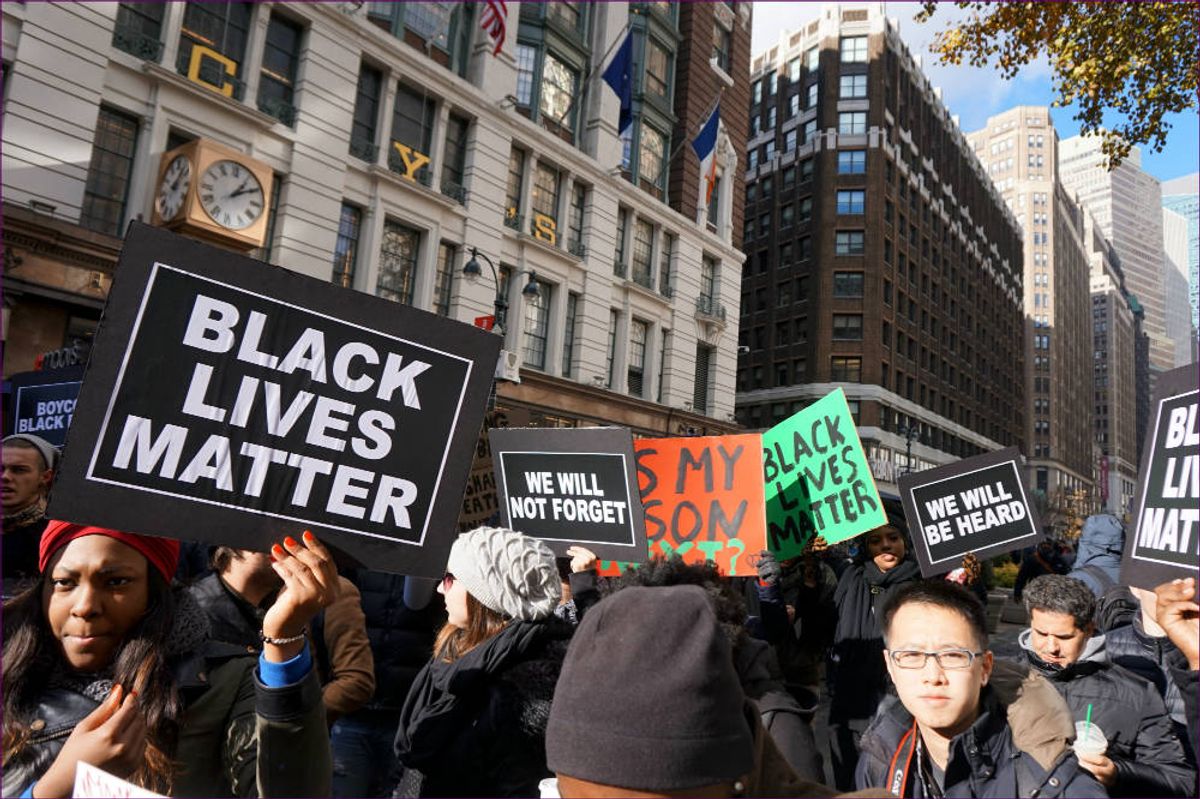 July 2016 saw the birth of a rumor started holding that Russia had placed the Black Lives Matter (BLM) movement on an official "terror list." This rumor stemmed in part from a misleading article published on the web site Your News Wire under the inaccurate title "Russia Put Black Lives Matter on Official Terror List," a title that was immediately contradicted in the article's first sentence, which reported that Russia was "planning to" (not that they already had) place BLM on a terror list:

Russia are planning to place Black Lives Matter (BLM) on their ‘terror list’, officially recognising the group as a “racist terrorist organisation”.

The Federation Council is setting in motions plans to place BLM on the Federal Security Service’s (FSB) “Unified List of Organizations, Including Foreign and International Organizations That Have Been Recognized As Terrorist [Groups] By Russian Law”.

However, no evidence supports the notion that Russia is planning to place Black Lives Matter on a terror list. Your News Wire sourced their information solely from a report published by the non-credible WhatDoesItMean.com conspiracy theory web site:

The Investigative Committee (SLEDCOM) is reporting today that Valentina Matviyenko, Chairperson of the Federation Council, has initiated a legal inquiry as to placing on the Federal Security Service (FSB) “Unified List of Organizations, Including Foreign and International Organizations That Have Been Recognized As Terrorist [Groups] By Russian Law” an American “racial-hatred” group known as Black Lives Matter, its three founders, and two of its US billionaire funders.

As RationalWiki notes of WhatDoesItMean.com:

In this instance, WhatDoesItMean.com simply provided links to Sledcom and a list of groups recognized as terrorists by the Russian government, but neither of those sources mentioned anything about the Black Lives Matter movement.

A common tactic among conspiracy theorist web sites is to overload the reader with information in an attempt to appear credible. The article published by WhatDoesItMean.com for instance, included dozens of links to outside sources, making it appear that the article was well-researched. However, none of these links led to web sites hosting any credible reports that the Black Lives Matter had been placed on a Russian terror list.