Does Billy Joel Give Away Front Row Seats for His Concerts, Rather Than Sell Them?

A widely-shared meme reinforces the "Piano Man's" reputation as a down-to-earth superstar with a close affinity for his fans. 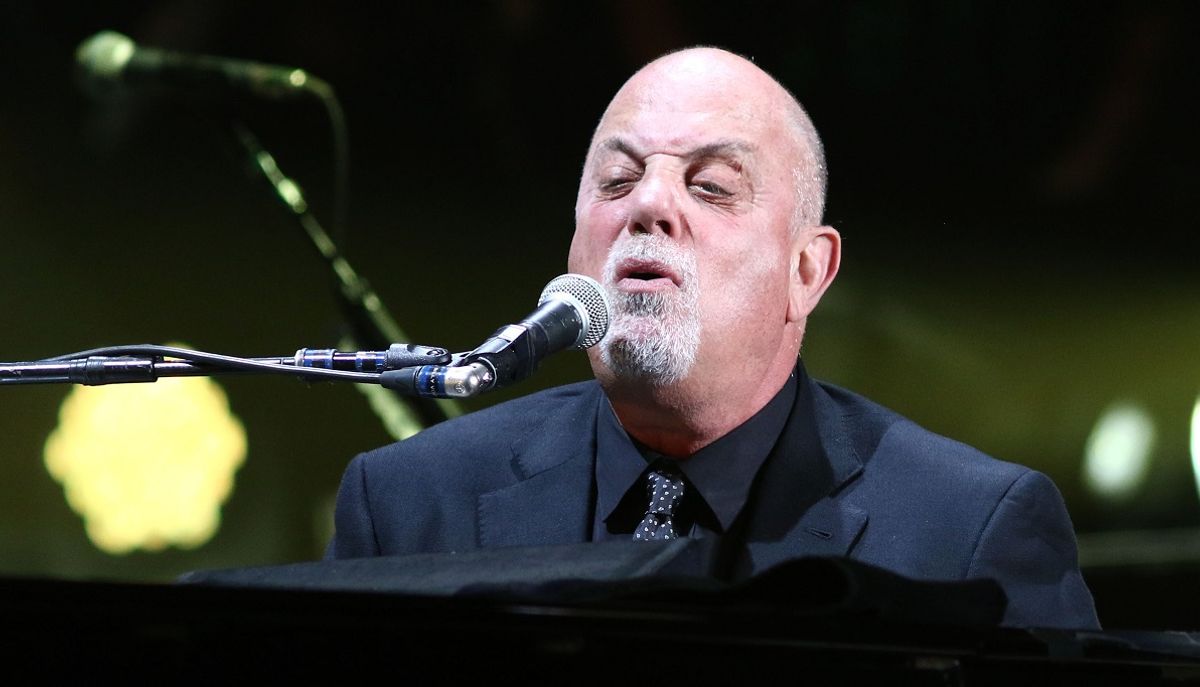 Claim:
Billy Joel does not sell seats for the first few rows of his concerts, preferring instead to distribute them to "real fans" who have bought cheaper tickets.
Rating:

Billy Joel has repeatedly outlined a long-standing policy of preferring to hold seats in the first few rows of his concerts and give them to ardent fans, rather than selling them to what he has presented as wealthy and disinterested socialites. Fans have corroborated this policy in online testimony.

It's not clear to what extent Joel has personal control over the sale of front row tickets, or what role specific commercial or contractual arrangements might have for certain concerts or tours.

Anecdotes and stories about the decency and generosity of celebrities are arguably as popular on social media as memes and articles about their bad behavior and trend-setting shenanigans.

One popular factoid about the common touch of singer-songwriter Billy Joel re-emerged in meme form on social media in January 2019. The meme, which was designed by the Facebook page "Truth Inside of You," read:

Billy Joel never sells tickets to the front rows of his concerts.

Aside from wanting to beat the scalpers, he got tired of all the bored, rich people staring up at him -- so now, he sends his road crew out to bring down the fans from the worst seats so there'll be 'people in the front row that are really happy to be there, real fans.'

That meme had been shared on social media since 2017, and the wording of the text appeared to have originated in a video published by the Facebook page "Did You Know?" in July 2017:

Compared to most Facebook memes which start with the phrase "Did you know?", this one was unusually well sourced, originating as it did with an interview Joel himself gave in 2014.

A reporter from the Billboard music industry trade publication put it to Joel that a "pretty chill vibe" held sway backstage at his live shows, to which Joel responded:

These guys are all road dogs, all veterans, they've been doing it for years and years, they've worked for everybody. There' a good spirit on this tour, and good morale is really important. We never sell front rows, we hold those tickets at just about every concert. For years, the scalpers got the tickets and would scalp the front row for ridiculous amounts of money. Our tickets are cheap, under $100, some in the $80s, the highest is about $150. I'd look down and see rich people sitting there, I call 'em "gold chainers." Sitting there puffing on a cigar, "entertain me, piano man." They don't stand up, make noise, sit there with their bouffant haired girlfriend lookin' like a big shot. I kinda got sick of that, who the hell are these people, where are the real fans? It turns out the real fans were always in the back of the room in the worst seats. We now hold those tickets, and I send my road crew out to the back of the room when the audience comes in and they get people from the worst seats and bring 'em in to the front rows. This way you've got people in the front row that are really happy to be there, real fans.

We've tried to figure out how to beat the scalpers for years and years, hold off selling until the last minute, the wristband thing, limiting the amount of tickets people can get. You can't fight that secondary market. There used to be anti-scalping laws and they let them lapse from the books. My theory is there's a lot of tax revenue in those secondary ticket markets, these guys selling tickets for $500 to $1,000 gotta pay tax on it, and a lot more goes to government than there would be based on my ticket prices. So why should they enforce the scalping laws. We don't want to play to big shots, I want to play to younger people, people who can only afford a low ticket price. They make the best audience, they make the most noise, they're the most enthusiastic. It's just hard to get to them any more. I tell the audience every night, "I hope you didn't pay more than face value on that ticket, because we ain't worth more than that, and you ain't gonna get any more than that."

So the claim that Billy Joel no longer sells front row tickets but instead distributes them to "real fans" is based on the star's own account of his touring habits. The phrase "people in the front row that are really happy to be there, real fans" is also taken word-for-word from Joel's own 2014 account. In the same interview, he stated: "We never sell front rows, we hold those tickets at just about every concert."

Joel gave a similar description as far back as 2006, in a World Entertainment News Network interview which appeared on the web site ContactMusic.com:

Billy Joel has grown so sick of performing to front rows full of unimpressed fat cats at concerts, he created a new policy that the best seats be reserved for his most ardent fans. The piano man hated looking into the first few rows at a venue and seeing rich people who were content to just sit and watch him perform and so he has started insisting that he gets to fill the best seats with true fans.

He explains, "The guy's there with the girlfriend ... 'OK, Piano Man, entertain me,' and they don't do anything. It was a drag and you'd hear all the kids yelling in the back and you know they didn't get a shot at those tickets. "So I said, 'To hell with this. No more front row and second row tickets going on sale. We're gonna hold the tickets.' What we do is before the show starts, when the audience starts coming in, we send the road crew out with the tickets and they give the tickets to the kids in the back ... so you look down and see all these good-looking girls ... and that doesn't hurt the show."

In the 2014 documentary film about his landmark 1987 series of concerts in Moscow, Joel indicated that his aversion to wealthy observers occupying the front row of his concerts went back decades. Reflecting on the worryingly quiet start to one of the shows, Joel remarked:

"They had never heard volume like that. They had never seen lighting like that. The big shots who got the tickets in the front, they didn't like it. It was excruciating to them, which I kind of wanted. You know, we kind of drove them away, they left after a couple of songs. They gave their tickets to the kids in the back and outside, and then we had a real rock n' roll show."

It's difficult to discern whether tickets for the first few rows of Joel's concerts are never sold, or what role contractual or commercial arrangements with ticket-sellers or tour promoters might play in that process. However, it is clearly at the very least a long-standing touring policy of Billy Joel and one in keeping with his reputation as a down-to-earth superstar with mass appeal.

One online Billy Joel forum includes several personal accounts by fans who described having been picked out from the back rows of his shows and given free seats in the front rows. One of those fans recounted: