Did Bill Gates Negotiate Vacations With Ex-Girlfriend Into Marriage Contract?

When the Gateses announced their divorce on May 3, 2021, old rumors about their relationship became new again. 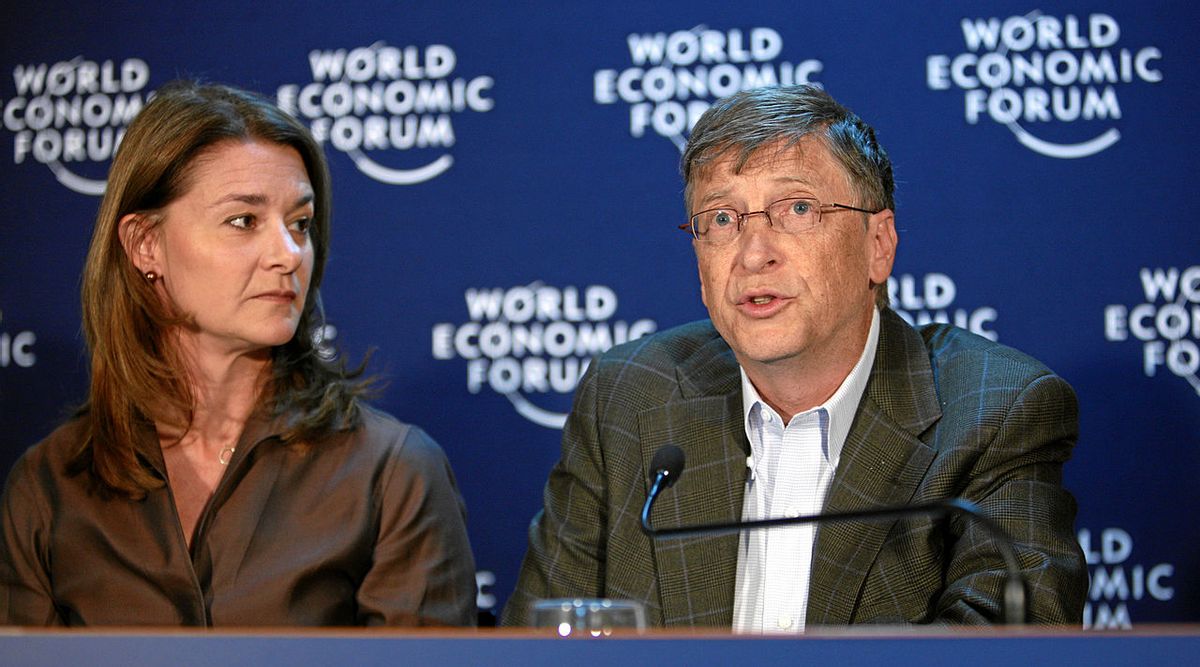 Claim:
As part of their marriage contract, Melinda Gates agreed to let Bill Gates go for an annual beach vacation with his ex-girlfriend, Ann Winblad.
Rating:

In a 1997 interview, Bill Gates discussed the annual weekend getaway he took with his ex-girlfriend Ann Winblad at Winblad’s beach cottage in North Carolina. However...

We found no evidence this vacation plan was part of some formal marriage contract or negotiation. The Gateses had no prenuptial agreement according to court documents revealed by TMZ, only a “separation agreement” negotiated later.

It is unknown how this arrangement was made. It could have been an informal agreement between the couple. Lastly, it is not clear for how long Gates was going on this yearly trip with his ex.

The lifestyles of the uber-wealthy Bill and Melinda Gates were under scrutiny again as the high-profile couple announced the end of their marriage.

On May 3, 2021, ex-Microsoft CEO Bill Gates and his wife Melinda shared identical statements revealing that they had decided to divorce after 27 years of marriage. Many speculated how the Gateses would divide their assets, which amounts to billions of dollars. Bill Gates is estimated to be worth more than $130 billion and is described as one of the richest men in the world.

As word of the Gateses' divorce spread, an unusual detail about their marriage resurfaced online, suggesting that the couple had some sort of formal agreement involving Bill's ex-girlfriend.

According to a 1997 profile of Bill Gates in Time magazine written by Walter Isaacson (who also penned the authorized biography of Steve Jobs), Bill was open about the fact that he kept a vacation tradition with an ex-girlfriend, Ann Winblad:

Another of Gates' vacation companions is Ann Winblad, the software entrepreneur and venture capitalist he dated during the 1980s. They met in 1984 at a Ben Rosen-Esther Dyson computer conference and started going on "virtual dates" by driving to the same movie at the same time in different cities and discussing it on their cell phones. For a few years she even persuaded him to stop eating meat, an experiment he has since resolutely abandoned.

They were kindred minds as well as spirits. [...]

They broke up in 1987, partly because Winblad, five years older, was more ready for marriage. But they remain close friends. "When I was off on my own thinking about marrying Melinda," Gates says, "I called Ann and asked for her approval." She gave it. "I said she'd be a good match for him because she had intellectual stamina." Even now, Gates has an arrangement with his wife that he and Winblad can keep one vacation tradition alive. Every spring, as they have for more than a decade, Gates spends a long weekend with Winblad at her beach cottage on the Outer Banks of North Carolina, where they ride dune buggies, hang-glide and walk on the beach. "We can play putt-putt while discussing biotechnology," Gates says. Winblad puts it more grandly. "We share our thoughts about the world and ourselves," she says. "And we marvel about how, as two young overachievers, we began a great adventure on the fringes of a little-known industry and it landed us at the center of an amazing universe."

The details of whether this was a formal arrangement between Bill and Melinda are unknown, however. It is not clear whether it was written into a contract as the Mirror claimed. According to court documents obtained by TMZ, the Gateses did not have a prenuptial agreement, only a “separation contract.” It is possible the arrangement was made informally between the couple, and not as part of a contract. Details of the separation contract were not made public.

It is also unknown whether Gates continued this tradition with Winblad beyond 1997, which is when the article was published, but they had been doing it for more than a decade, including during the early years of his marriage to Melinda, which took place in 1994.

The profile also included another detail about Winblad when describing Gates' office:

His office is rather modest, sparsely decorated and filled with standard-issue furniture [...] The few personal pictures include one of the original dozen Microsoft employees (most with scruffy beards, except him), one of Ann Winblad on a trip to Germany, and one with Melinda and nine friends on a 1995 vacation to Indonesia. There are no pictures of Jennifer [his daughter] displayed, but he pulls a snapshot out of his desk showing him proudly cradling her.

The arrangement was acknowledged by Gates and Winblad, but given that it is unknown whether it was hammered into a formal "contract," we rate this claim as “Mixture.”