Did Biden Call for an 'End to Shareholder Capitalism'?

Fear-mongering Facebook memes misrepresented the position articulated by the presumptive Democratic presidential nominee in a speech in July 2020. 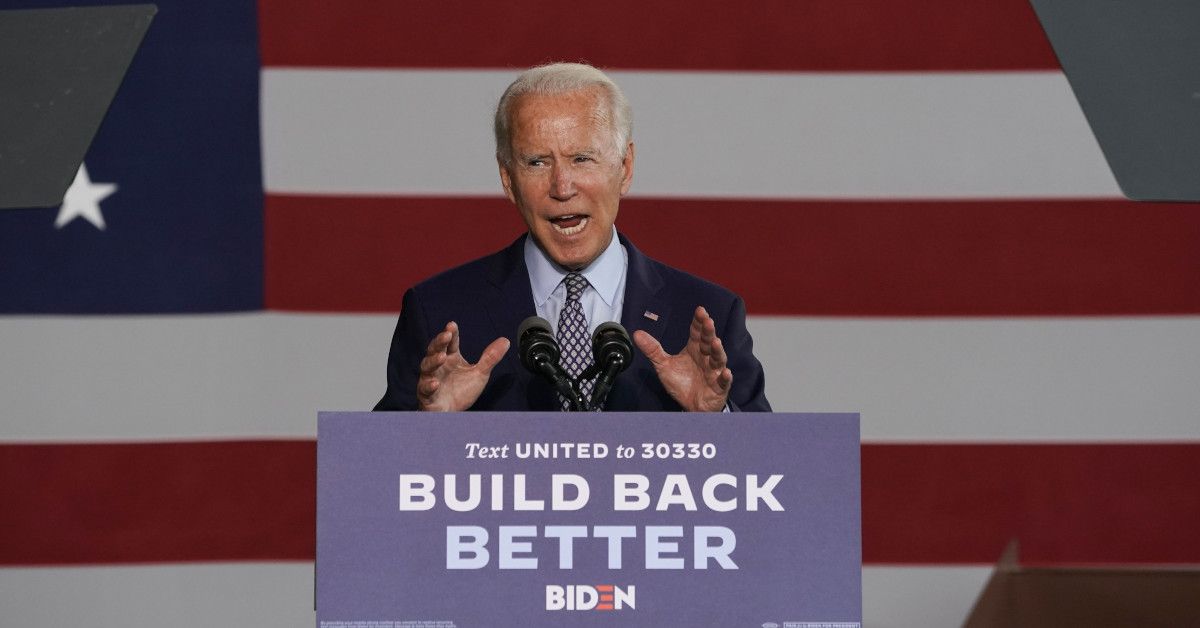 Image Via Timothy A. Clary/Contributor

In a speech on July 9, Biden proposed to "put an end to the era of shareholder capitalism — the idea [that] the only responsibility a corporation has is to its shareholders."

Biden did not propose abolishing the stock market nor barring individuals from buying and selling shares. Rather, Biden was advocating a stakeholder-driven approach to capitalism and calling for an end to the predominance of the shareholder-driven approach, a position that has grown in popularity in recent years, even among the CEOs of the largest companies in the United States.

In the summer of 2020, multiple readers asked Snopes to investigate claims that former U.S. Vice President and presumptive Democratic presidential nominee Joe Biden had called for an end to "shareholder capitalism."

In July and August, Facebook users shared posts that contained the following text: Another social media meme suggested that Biden's proposals would result in the destruction or liquidation of 401(k) pension savings: Those memes did not accurately reflect remarks made by Biden in July 2020 on the subject of "shareholder capitalism."

At a July 9 event in Dunmore, Pennsylvania, Biden gave a relatively conventional stump speech, hitting on several familiar themes — his working-class upbringing in nearby Scranton, the values he inherited from his family, and his vision for an American economy that, according to him, places less emphasis on corporate profit, and a greater emphasis on rewarding hard work and smaller-scale entrepreneurship, especially in the context of the COVID-19 coronavirus pandemic, which devastated some smaller businesses and left millions unemployed.

Enough is enough, it's time reverse the priorities in this country. It's time to help small businesses, middle-class folks, manage their way through a pandemic, and let's help millions of would-be entrepreneurs get out from under their debts so they can start businesses. And it's time corporate America paid their fair share of taxes...The days of Amazon paying nothing in federal income tax will be over. Let's make sure that workers have a power, and the voice.

It's way past time to put an end to the era of shareholder capitalism — the idea [that] the only responsibility a corporation has is to its shareholders. That's simply not true, it's an absolute farce. They have responsibility to their workers, their community, to their country. That isn't [a] new or radical notion. These are basic values and principles that helped build this nation in the first instance. Now the challenge is to take these fundamental values, and apply them to the new economy we have to build in the years ahead..."

Biden did not propose dissolving the stock market, or prohibiting the public trading of companies, or shareholder investment and dividend. In saying "It's way past time to put an end to the era of shareholder capitalism," Biden was taking a position in a long-running ethical debate between "shareholder" and "stakeholder" theories.

One academic has helpfully summed up that philosophical conflict as follows:

Shareholder theory asserts that shareholders advance capital to a company’s managers, who are supposed to spend corporate funds only in ways that have been authorized by the shareholders. As Milton Friedman wrote, "There is one and only one social responsibility of business — to use its resources and engage in activities designed to increase its profits so long as it … engages in open and free competition, without deception or fraud."

On the other hand, stakeholder theory asserts that managers have a duty to both the corporation’s shareholders and "individuals and constituencies that contribute, either voluntarily or involuntarily, to [a company’s] wealth-creating capacity and activities, and who are therefore its potential beneficiaries and/or risk bearers." Although there is some debate regarding which stakeholders deserve consideration, a widely accepted interpretation refers to shareholders, customers, employees, suppliers and the local community.

In the short video below, philosopher and professor of business administration R. Edward Freeman — arguably the primary advocate for stakeholder theory — outlines the approach:

Biden characterized the era of shareholder capitalism as one in which the following idea holds sway — "[that] the only responsibility a corporation has is to its shareholders." His rejection of that principle was classic stakeholder theory: "That's simply not true, it's an absolute farce. They [companies] have responsibility to their workers, their community, to their country."

We asked the Biden campaign for details on any specific proposals the former vice president had, or how exactly he envisioned an end to "the era of shareholder capitalism," but we did not receive a response in time for publication.

Although those details were not available, it's clear that Biden was not calling for the abolition of shareholding itself. Rather, he proposed bringing an end to the era of shareholder capitalism, meaning an end to the predominance of that particular ethical approach and a new gravitation towards the stakeholder-driven approach, a position that, whether or not one agrees with its tenets, has in recent years become orthodox among progressives, within the Democratic party, and even among business leaders themselves.

In 2019, for example, the Business Roundtable — an influential group of chief executive officers of some of the largest companies in the United States — executed a high-profile shift in its approach, writing:

"Since 1978, Business Roundtable has periodically issued Principles of Corporate Governance that include language on the purpose of a corporation. Each version of that document issued since 1997 has stated that corporations exist principally to serve their shareholders. It has become clear that this language on corporate purpose does not accurately describe the ways in which we and our fellow CEOs endeavor every day to create value for all our stakeholders, whose long-term interests are inseparable."

What Biden called for in his Dunmore speech was therefore, as he rightly said, not a "new or radical notion." It was not an end to the stock market nor the ability of individuals to buy and sell shares, and therefore it was not a proposal that would cause pensions to evaporate, as several Facebook memes falsely claimed.

Friedman, Milton.  "The Social Responsibility of Business is to Increase its Profits."     The New York Times.  13 September 1970.