A law was passed in 1952 requiring the president of the United States to set aside a National Day of Prayer. 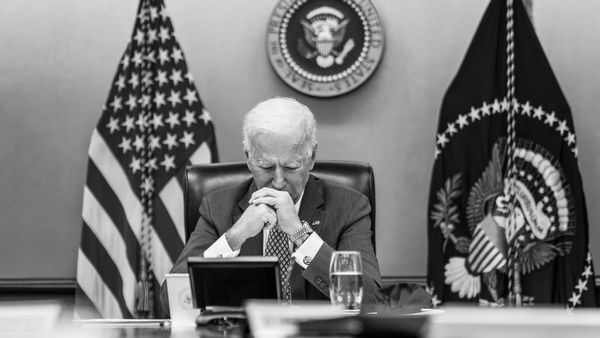 Claim:
Joe Biden was the first U.S. president to not use the word "God" in his National Day of Prayer Proclamation in 2021.
Rating:

On May 5, 2021, U.S. President Joe Biden issued a "Proclamation on National Day Of Prayer" that noted how "Americans of many religions and belief systems have turned to prayer for strength, hope, and guidance" throughout our country's history. The proclamation read in part:

On this National Day of Prayer, we unite with purpose and resolve, and recommit ourselves to the core freedoms that helped define and guide our Nation from its earliest days. We celebrate our incredible good fortune that, as Americans, we can exercise our convictions freely — no matter our faith or beliefs. Let us find in our prayers, however they are delivered, the determination to overcome adversity, rise above our differences, and come together as one Nation to meet this moment in history.

Shortly after Biden's proclamation was issued, several websites noted that this document seemingly contained an omission. The word "God" was not included. Fox News reported:

Like his predecessors, President Biden issued a proclamation on the National Day of Prayer this week, but one word was missing.

Both former presidents Barack Obama and Donald Trump mentioned "God" in their National Day of Prayer proclamations, but Biden's proclamation never mentions God, only Americans' "many religions and belief systems" and the "power of prayer."

According to the website Christian Headlines, Biden was the first president in history to omit the word "God" from this proclamation. This may seem like an outlandish statement, but as far as we can tell it is accurate.

It should be noted, however, that Biden did mention the word "Lord" in his May 2021 National Day of Prayer proclamation. At the end, Biden writes that this proclamation was signed in "the year of our Lord two thousand twenty-one." It should also be noted that Biden mentioned the word "God" in a video message commemorating the National Day of Prayer.

Biden said: "By the grace of God and the extraordinary work of researches and scientists, we have vaccines that have proven to be safe and effective ... Thank you for your prayers and may God Bless you and all those you love and are concerned about on this day and every day."

Because a National Day of Prayer was not established until 1952, we did not extensively examine the records prior to this date. We reached out to the National Archive and will update this article accordingly.

What we can say is that when a proclamation was issued regarding prayer by a president of the United States it generally contained the word God. The one notable exception we found comes from 1813 when James Madison issued a proclamation "recommending a day of prayer." While Madison used words such as "Almighty Power," "Great Parent," and "Sovereign of the Universe," he didn't specifically use the word "God." A similar proclamation he issued in 1812, however, did.