Did Biden Say Minorities Don't Know How To Register Online for Vaccines?

A TikTok video showed the president at a February 2021 CNN town hall meeting. 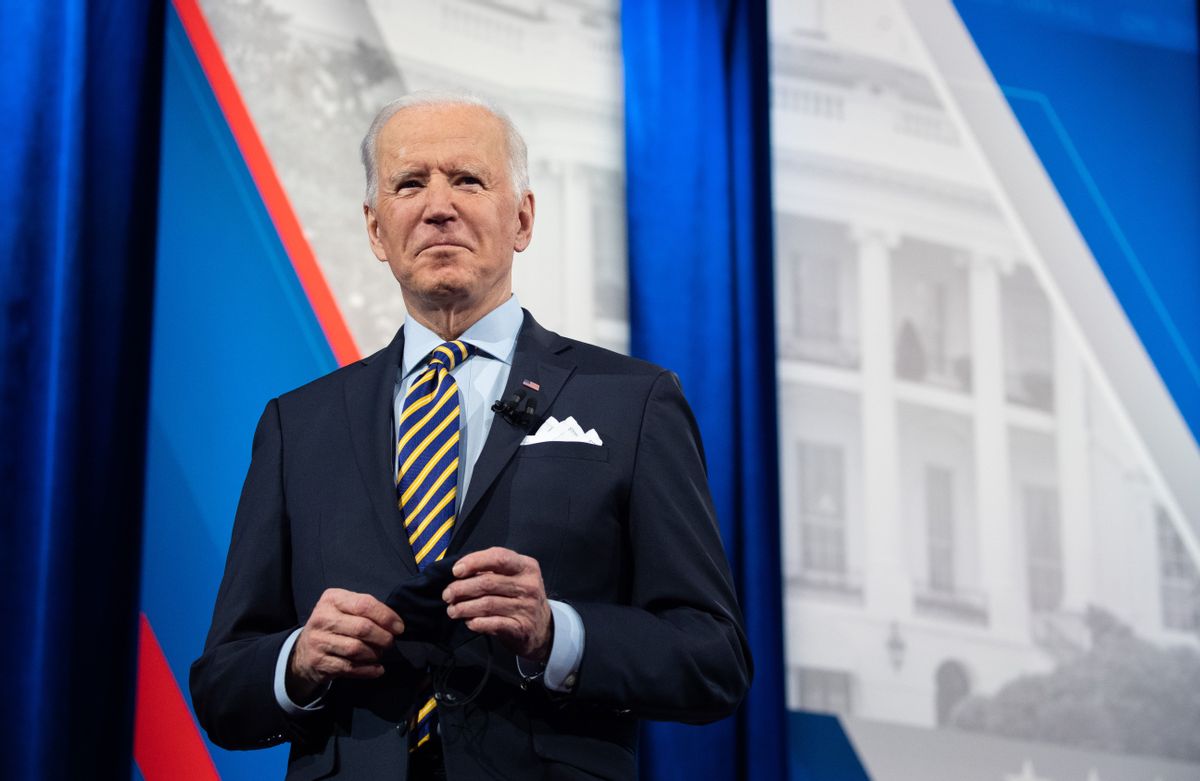 During a town hall question-and-answer session on CNN during which Biden was asked how he would address racial disparities in the distribution of COVID-19 vaccines, Biden noted that many people in Hispanic and African American communities, particularly in rural areas and inner cities, don't know how to find the necessary information online to register for and receive their vaccinations.

However, a 22-second video clip of Biden's answer omitted the context of his remarks, in which he addressed a broad spectrum of factors impeding minority communities' access to vaccines and laid out his plans for overcoming these impediments. Moreover, evidence from researchers who study disparities in health care confirms the bases for these concerns about unequal access to critical information.

On Feb. 16, 2021, U.S. President Joe Biden answered questions at a CNN town hall in Milwaukee, Wisconsin. Days later, TikTok user @rein_verse posted a video that featured 22 seconds of one of his answers. It also showed @rein_verse crawling around on the ground and pretending to not know how to use technology. In the answer, Biden talked about the difficulties some minorities may face in registering online for a COVID-19 vaccination:

The video was viewed more than 5 million times. One top comment read: "Liberals: It's ok because Biden said it."

Another said: "And they said Trump was racist."

A third person commented: "Sadly nobody will hold him accountable for this. If Trump would have said it there would have been riots."

While the 22-second video was a genuine moment from the CNN town hall program, it was missing several minutes of context.

His answer was given to Dr. Dessie Levy, a woman of color who asked a specific question about "racial disparities in health care." She mentioned to Biden that relatively small percentages of minorities, in particular Black and Hispanic people, have received COVID-19 vaccines thus far. An analysis from The Associated Press confirmed this. Levy asked Biden to elaborate his plans for solving the problem.

The question begins at the 13:49 mark in this video. The portion from the TikTok video is bolded:

Dr. Dessie Levy: God bless you. Mr. President, hello. My name is Dr. Dessie Levy and my question to you is considering COVID-19 and its significant impact on black Americans, especially here in Milwaukee, and thus the exacerbation of our racial disparities in healthcare, we have seen less than three percent of blacks and less than five percent of Hispanics given the total number of vaccines that have been administered to this point. Is this a priority for the Biden administration and how will the disparities be addressed and that's both locally and nationally.

President Joe Biden: Well first of all it is a priority, number one. Number two, there's two reasons for it being the way it is. Number one, there is some history of blacks being used as guinea pigs in other experiments, I need not tell you, doctor, over the last 50 to 75 to 100 years in America so there is a concern about getting the vaccine, whether it's available or not, but the biggest part of it is access, physical access. That's why last week I opened up ... I met with the Black Caucus in the United States Congress and agreed that I would ... All of the community health centers now which take care of the toughest of the toughest neighborhoods in terms of illness, they are going to get a million doses a week and how we're going to move forward, because they're in the neighborhood. Secondly, we have opened up and I'm making sure that there's doses of vaccine for over 6,700 pharmacies because almost everyone lives within not always walking distance but within the distance of being able to go to the pharmacy like when you got your flu shot. That is also now being opened.

Thirdly, I also am providing for mobile vans, mobile units to go into neighborhoods that are hard to get to because people are on ... For example, even though everyone is within basically five miles of a Walgreens let's say, the fact is if you're 70 years old, you don't have a vehicle and you live in a tough neighborhood meaning it's a high concentration of COVID, you're not likely to be able to walk five miles to go get a vaccine. The other thing we found is, and I'm sorry to go on, but this is really important to me. The other portion is a lot of people don't know how to register. Not everybody in the community, in the Hispanic and the African-American community, particularly in rural areas that are distant and/or inner city districts, know how to use ... Know how to get online to determine how to get in line for that COVID vaccination at the Walgreens or at the particular store. So we're also ... I've committed to spend a billion dollars on public education to help people figure out how they can get in there. That's why we're also trying to set up mass vaccination centers like places in stadiums and the like.

CNN moderator Anderson Cooper then asked a follow-up question. This led Biden, who is 78 years old, to suggest that even he would have trouble, given how the technology was initially rolled out, figuring out how to register online for a vaccination:

Anderson Cooper: Are you concerned about the rollout of this online? Because it has been incredibly confusing for a lot of people, not just -

Cooper: Older people, it's young people just trying to find a place to get a vaccine.

Biden: Yes, and I have because look what we inherited. We inherited a circumstance here where ... And now for the first ... We did a lot in the first two weeks, a circumstances where number one, there weren't many vaccinators. You didn't know where you could go get a vaccine administered to you because there was no one to put it in your arm, number one. Number two, there was very little federal guidance as to say what to look for, how to find out where in fact you could go. You can go online and every single state now has a -

... And go online, and every single state now has a slightly different mechanism by which they say who's qualified, where you can get the vaccines and so on. So it's all about trying to more rationalize in detail so ordinary people like me can understand, I mean that sincerely. I mean, my grandchildren can use that online make me look like I'm in the seventh century. But all kidding aside, it is a process and it's going to take time. Think of what we didn't do, and you and I talked about this during the campaign, we didn't do from the time it hit the United States. You're going to inject someone and your arm is going to go away, you'll all be down by Easter. We wasted so much time, so much time.

In his full response to Levy's question, Biden appeared to be referencing real health care data. On Feb. 8, 2021, for instance, a story from The Conversation laid out the facts on race and health disparities similar to those mentioned during the town hall. The article was written by three researchers who study health disparities:

Racial and ethnic minority communities that lack internet access have been left behind in the race to get a COVID-19 vaccine. The average monthly cost of internet access, about US $70, can be out of reach for those who can barely afford groceries.

We are researchers who study health disparities. We are concerned that even when vaccinations are offered in these communities, those at greatest risk for COVID-19 may be unable to obtain appointments without the help of family or friends. This includes racial and ethnic minority communities and older adults, the age group that is currently being vaccinated.

Our research suggests that lack of internet access may be an important reason. And for the almost 13.8 million older adults in the U.S. who live alone, asking for help may not be an option.

In sum, a 22-second TikTok video showed only a small part of a much larger question and answer, omitting the full context of his remarks and distorting the point he was makking. Moreover, Biden's answer appeared to invoke actual research data that revealed disparities, including the lack of internet access, in minority communities that had fallen behind in receiving vaccines.