Did 'Biden's Leadership' Play Role in Social Security Increase for 2023?

A significant increase in Social Security benefits was announced for 2023. Did Biden play any role in the change? 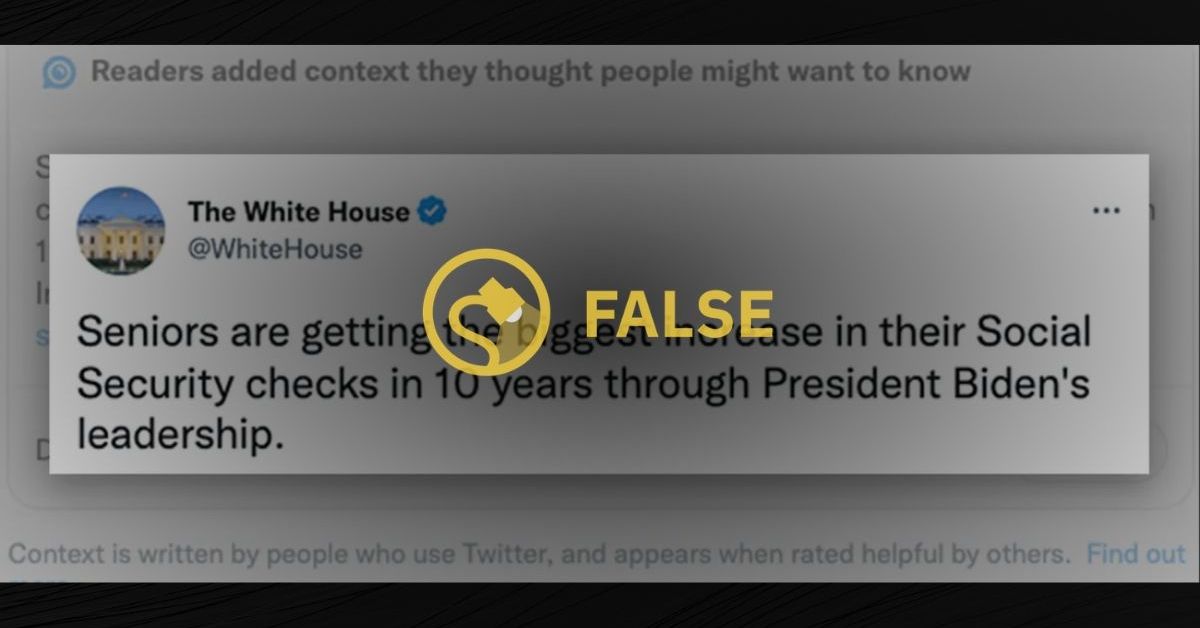 Claim:
A large increase in the size of Social Security benefits provided to seniors occurring in 2023 came about "through President Biden's leadership."
Rating:

On Nov. 1, 2022, the official White House Twitter account suggested that an increase in the amount of money provided to seniors via Social Security benefits occurred "through President Biden's leadership." Several users on Twitter, including Republican U.S. Rep. Thomas Massie, Ky., took issue with the suggestion that specific actions taken by the Biden administration could have led to an increase in the value of these benefits, in large part because the adjustment to benefits "is an automatic formula." 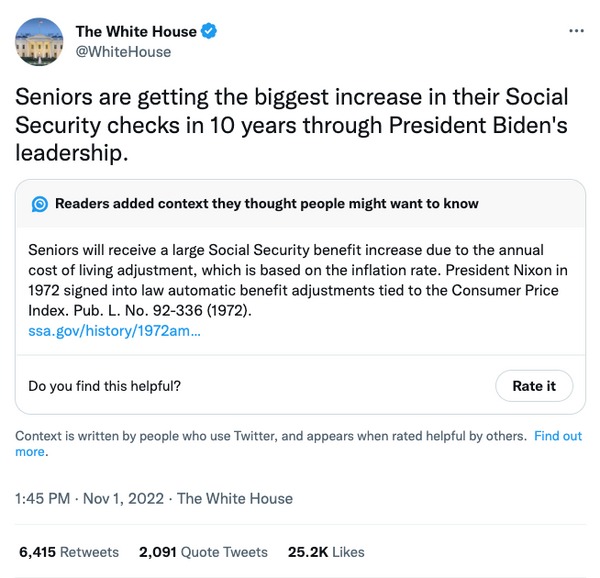 This critique, also spelled out beneath the White House tweet when it was flagged through the crowd-sourced misinformation Twitter initiative Birdwatch, is valid. In short, no action performed by the Biden administration could plausibly hold any direct bearing on the size of the increase in Social Security payments. This is because the amount of increase from year to year — as a result of a law passed 50 years before Biden took office — is directly tied to a standardized index. The White House deleted its tweet the following morning.

Prior to 1975, the only way to adjust the size of Social Security payments was through an act of Congress. Without regular acts of Congress, then, the effective value of Social Security benefits would decline over time due to inflation. Beginning in 1975, thanks to legislation passed in 1972, the benefit size increased based on an automatic Cost of Living Adjustment (COLA) tied to the Consumer Price Index (CPI).

The CPI is calculated each month by the U.S. Bureau of Labor Statistics and "represents changes in prices of all goods and services purchased for consumption by urban households." Their data come from "75 urban areas throughout the country, " from "about 23,000 retail and service establishments," and also from a survey on rent prices collected from around 50,000 landlords or tenants."

Such adjustments are standardized, and the causes of inflation are myriad, complex, and — at least in part — international in nature. As a result, the assertion by the Biden White House that its leadership was responsible for larger Social Security payments to seniors in 2023 is untenable.