The Vermont senator will return to his roots as an Independent, but not as a protest over leaked information. 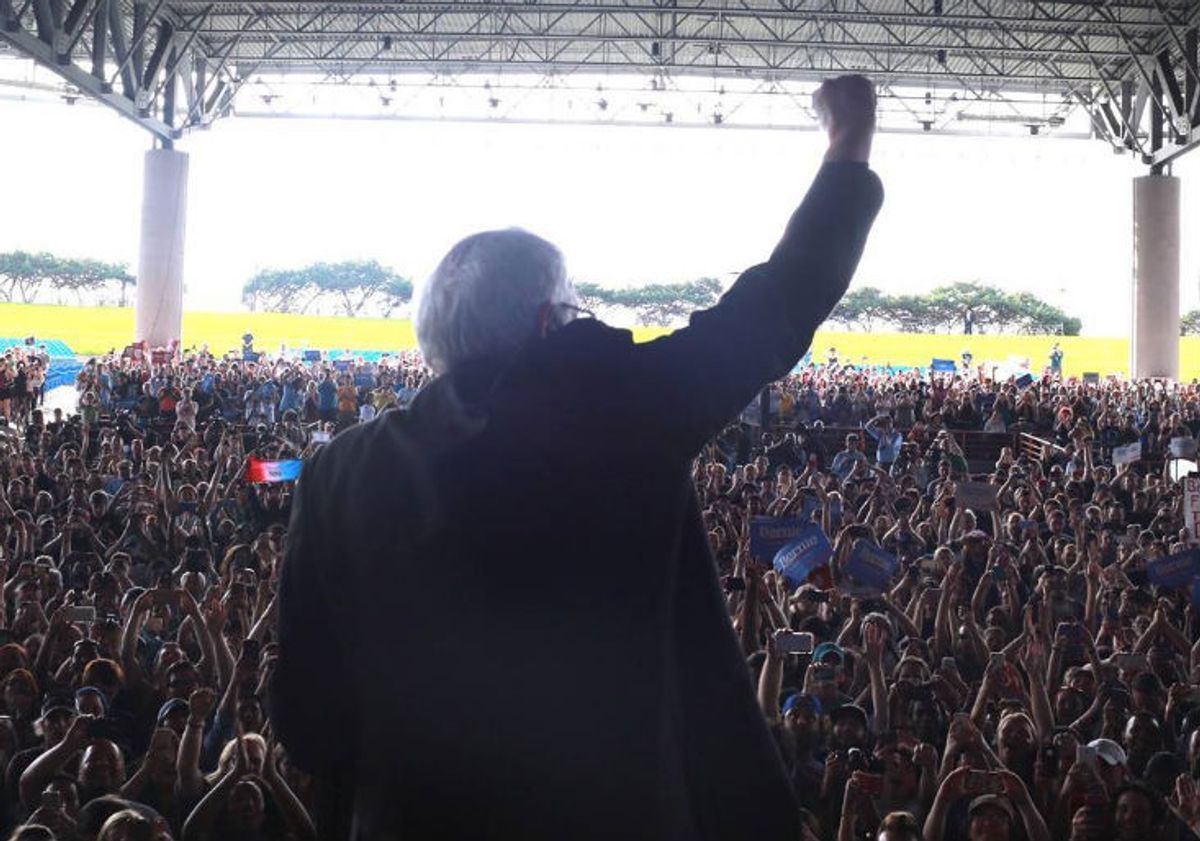 Claim:
Sen. Bernie Sanders left the Democratic Party during the DNC (possibly as part of the #Demexit protest).
Rating:

Sanders did not formally "leave" the Democratic Party, nor did he do so in protest.

On 27 July, during the Democratic National Convention, Conservative Outfitters published an article reporting that Bernie Sanders had formally left the Democratic Party:

BERNIE SANDERS IS NO LONGER A DEMOCRAT #DEMEXIT

PENNSYLVANIA - Another black eye for the Democratic Party as Bernie Sanders announces a huge change. In 2015 Sanders announced he was no longer an Independent and intended to run as a Democrat in all future elections. Sanders quickly changed his mind after leaked documents appear to show the Democratic Party unfairly worked to elect Hillary Clinton.

The story made it sound as though Sanders had left the party in protest over "DNCLeaks," which revealed that the Democratic National Committee apparently worked to sabotage his candidacy.  A 26 July 2016 Wall Street Journal story provided more context:

Bernie Sanders said he plans to return to the Senate as an independent, despite winning 13 million votes in the Democratic Party’s presidential primary contest.

Speaking at the Bloomberg Politics breakfast on Tuesday, Mr. Sanders also said the resignation of Debbie Wasserman Schultz as chairwoman of the Democratic National Committee doesn’t go far enough in fixing the situation and that more staff members need to leave following embarrassing disclosures of thousands of internal emails.

“We need a DNC which has as very different direction,” he said. “I honestly don’t know many of the people there. But my guess is we’re going to need new leadership, a new direction and new personnel.”

Asked after the event whether Mr. Sanders considers himself a Democrat or an independent, a campaign aide said, “He ran for president as a Democrat but was elected to a six-year term in the Senate as an independent.”

So while it's true Sanders was returning to his Senate seat as an Independent, it is not true that he "left the party" to protest any leaked information.