Did Benjamin Franklin Want a Turkey, Not a Bald Eagle, on USA's Great Seal?

The bald eagle "is a bird of bad moral character," the Founding Father once wrote. 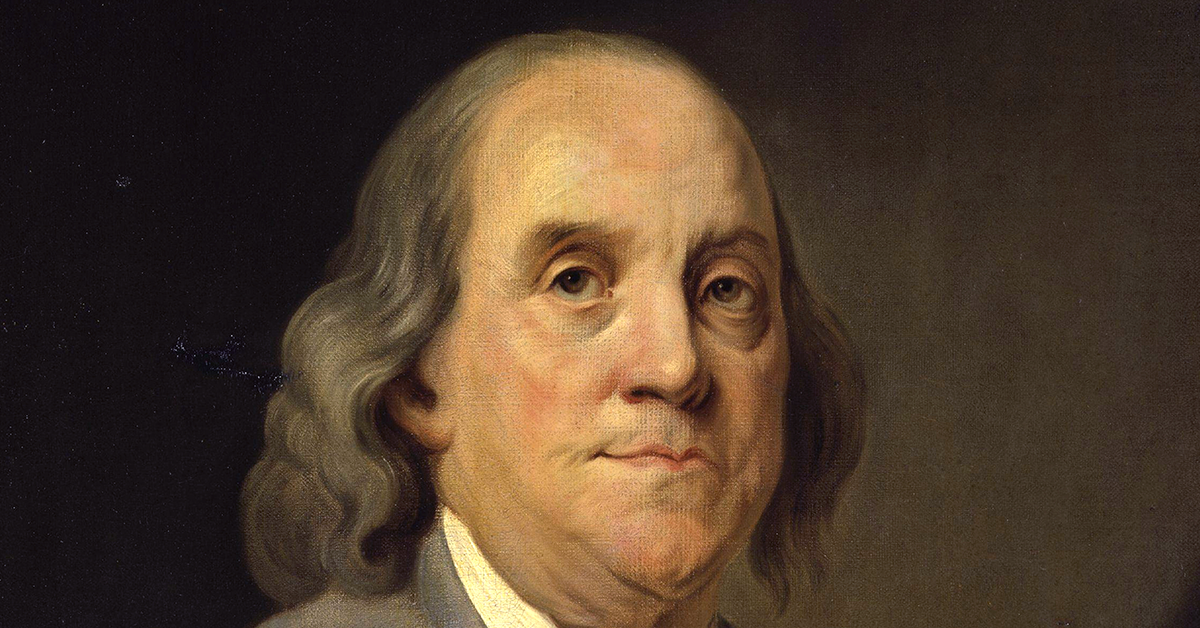 Image Via Portrait by Joseph-Siffred Duplessis, 1783

Claim:
Benjamin Franklin wanted the turkey — not the bald eagle — to be on the Great Seal of the United States.
Rating:

Franklin opposed the bald eagle as a national symbol but never specifically advocated that a turkey be its replacement.

On July 4, 1776, Benjamin Franklin and others were appointed to a committee "to bring in a device for a seal for the United States of America." According to the U.S. Department of State, the process "took 6 years, two more committees, and the combined efforts of 14 men before the Great Seal of the United States became a reality on June 20, 1782."

A common myth associated with the creation of America's Great Seal, which features a bald eagle, is that Benjamin Franklin wanted the seal to have a turkey instead. According to the Franklin Institute, this is false. The claim stems from a letter Franklin wrote to his daughter, Sarah Bache, on Jan. 26, 1784. In that letter, he described his antipathy for the bald eagle and his affinity for the turkey:

For my own part I wish the bald eagle had not been chosen as the representative of our country. He is a bird of bad moral character. He does not get his living honestly. You may have seen him perched on some dead tree, where, too lazy to fish for himself, he watches the labour of the fishing hawk; and when that diligent bird has at length taken a fish, and is bearing it to his nest for the support of his mate and young ones, the bald eagle pursues him, and takes it from him.

With all this injustice, he is never in good case, but like those among men who live by sharping and robbing he is generally poor and often very lousy. Besides he is a rank coward: the little king bird not bigger than a sparrow attacks him boldly and drives him out of the district. [...]

I am on this account not displeased that the figure is not known as a bald eagle, but looks more like a turkey. For in truth, the turkey is in comparison a much more respectable bird, and withal a true original native of America. Eagles have been found in all countries, but the turkey was peculiar to ours, the first of the species seen in Europe being brought to France by the Jesuits from Canada, and served up at the wedding table of Charles the ninth.

He is besides, (though a little vain and silly tis true, but not the worse emblem for that) a bird of courage, and would not hesitate to attack a grenadier of the British guards who should presume to invade his farm yard with a red coat on.

While this passage shows Franklin was not enthusiastic about the bald eagle on the Great Seal, it does not constitute an endorsement of a turkey in its stead. Several committees ended up being tasked with solving the seal problem, and Franklin was only part of the first committee. That committee's proposals did not include any bird at all:

The challenge facing the [first] committee was to translate intangible principles and ideals into graphic symbols. Three of the best minds of the Age of Enlightenment—Franklin, Adams, and Jefferson—struggled unsuccessfully with Biblical and classical themes, including the Children of Israel in the Wilderness and the Judgment of Hercules.

Finally they sought the help of a talented "drawer" and portrait artist, Pierre Eugene du Simitiere. To the post of consultant, Du Simitiere brought some knowledge of heraldry—the art of describing coats of arms—and also experience in designing seals.

Four features recommended by the first committee and its consultant were later adopted in the final seal: the Eye of Providence and the date of independence (MDCCLXXVI), both of which appeared on the final reverse side of the seal, and the shield and Latin motto, E Pluribus Unum (Out of many, one), on the obverse side.

The first committee submitted its design on August 20, 1776, but the Congress ordered the report "to lie on the table," indicating lack of approval

Because Franklin never officially advocated the turkey as a replacement for the bald eagle, the claim is "False."

"Did Benjamin Franklin Want the National Bird To Be A Turkey?" The Franklin Institute, 28 June 2017, https://www.fi.edu/benjamin-franklin/franklin-national-bird.